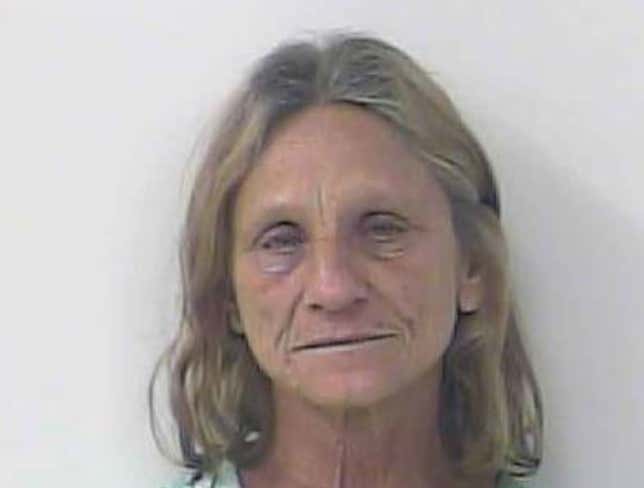 [Local 10] - A Florida woman who was riding shotgun in a pickup truck before a traffic stop was doing more than just drinking beer and smoking crack cocaine, deputies said.

When deputies approached the truck, they found a half-full bottle of Bud Light between Koppenhoefer’s legs, a crack pipe on the floorboard by her feet and three crack rocks on the ground nearby, according to an arrest affidavit.

Thankfully we have Rhonda here, who actually looks her age at 55. That’s surprising in Florida. But, more importantly we have one of the best lines I’ve seen in some big J Journalism.

When deputies spoke to the driver, he explained why he ran the red light.

“He said it took him so long to stop the vehicle and his pants were down because he was receiving sexual acts from Rhonda while he was driving,” the affidavit said