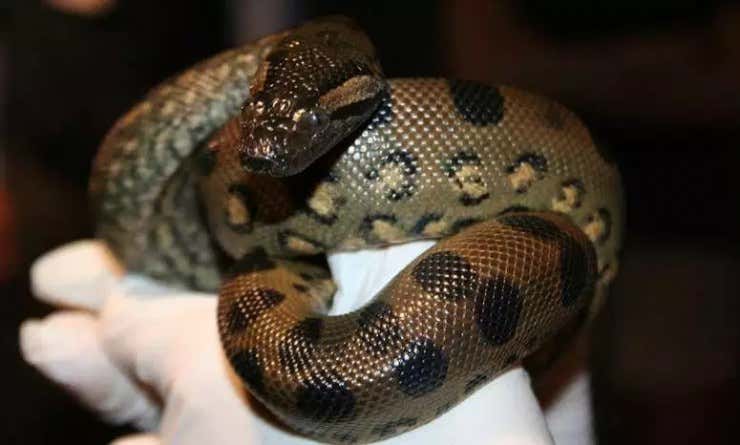 Source – Two green baby anacondas were recently born in an all-female exhibit at the New England Aquarium in Boston, making them “biological celebrities” due to the fact that they were created without fertilization from a male, officials said.

The two-foot-long babies are a product of the unusual form of asexual reproduction called parthenogenesis or “virgin birth” in Greek, according to the aquarium.

Parthenogenesis is more common in the plant world and among animals without a backbone but is very rare among vertebrates. It’s only been documented among lizards, birds, sharks, and snakes.

The phenomenon involving Anna, the mother of the babies, is only the second known confirmed case for green anaconda. …

[T]he aquarium said “The ruling out process had eliminated any other suspects but parthenogenesis.”

Nice try, aquarium idiots. Did you really think you could stop the reproductive process simply by filling your snake enclosure with girl snakes? Putting aside the religious implications of a virgin mother anaconda, did you learn nothing from the world’s sexiest chaotician, Dr. Ian Malcolm?

That’s right, bitches. The kind of control you’re attempting simply is… it’s not possible. If there is one thing the history of evolution has taught us it’s that life will not be contained. Life breaks free, it expands to new territories and crashes through barriers, painfully, maybe even dangerously, but, uh… well, there it is. Life finds a way.

I’ll tell you the problem with the scientific power that you’re using here, it didn’t require any discipline to attain it. You read what others had done and you took the next step. You didn’t earn the knowledge for yourselves, so you don’t take any responsibility for it. You stood on the shoulders of geniuses to accomplish something as fast as you could, and before you even knew what you had, you patented it, and packaged it, and slapped it on a plastic lunchbox, and now you’re selling it.

And now what happens with those baby snakes? If Chaos Theory has taught me anything it’s that next comes the running. And the screaming. And sure, if something goes wrong you can say that when Disney Land opened, nothing worked. But if The Pirates of the Caribbean breaks down, the pirates don’t eat the tourists. Call it “discovery,” but what’s so great about discovery? It’s a violent, penetrative act that scars what it explores. What you call discovery, I call the rape of the natural world.

And now you’ve unleashed these freakish, slithering little man-made miracles upon my city. And we’ll be lucky if the death toll is only in the hundreds. And the only thing to do is to unbutton our shirts and look as hot as possible while we figure out how to get out of here. 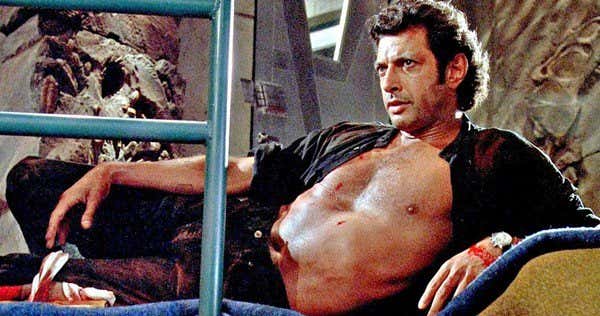 If any of us survive. Thanks for nothing, aquarium nerds.