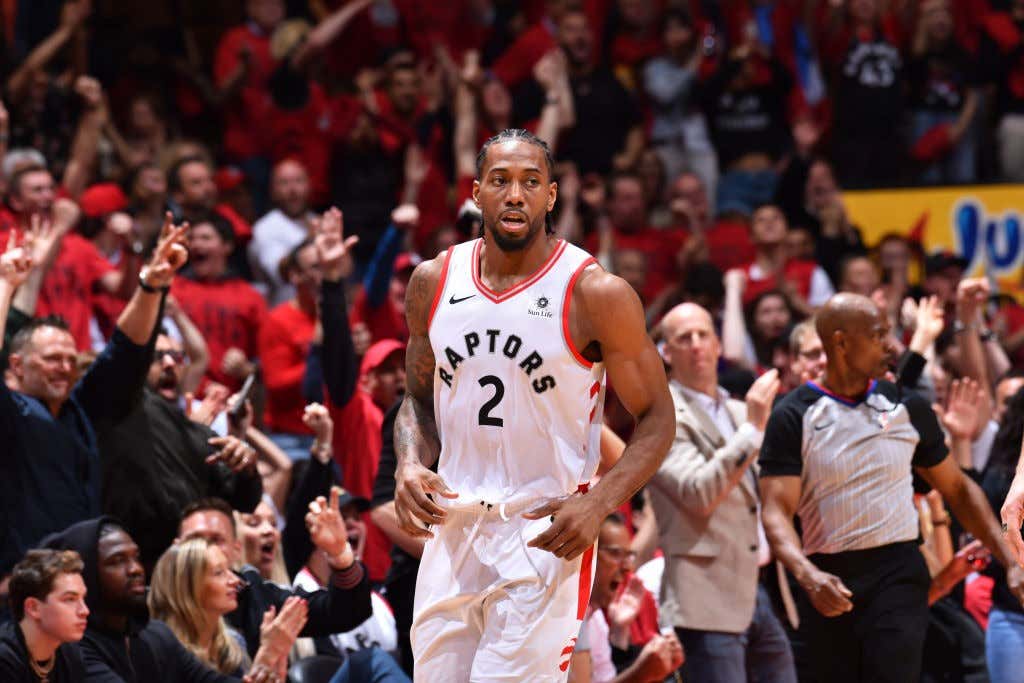 I know 99.9% of Skip Bayless’s life is a schtick. It’s why he gets paid around $6M a year to do his show, and you have to take everything he says with a grain of salt because it’s mostly an act. Well I don’t know about you, but I have been thoroughly enjoying his beef with Kawhi Leonard throughout these playoffs. Now rational thought leads you to believe that maybe he’s so salty about Kawhi because of how things ended with HIS Spurs, but it has to be deeper than that. This man just won’t quit which to me says it has to be personal like Kawhi banged his wife or something. I mean look at this stuff, it’s fantastic. It doesn’t matter how unbelievable of a performance Kawhi has, Skip has to stay in character and bring that shade

I mean Kawhi has legit broken Skip’s brain. From only calling him No 2, to still being butthurt about what went down with the Spurs despite the fact that he basically won them a title not too long ago is simply too awesome. This is not the thought process and actions of a normal professional sports troll. This is the work of a man that had to have been cucked by a professional athlete. It’s too consistent and too personal for this to be Skips regular trolling routine. It’s almost as if every time Kawhi misses a shot or has a turnover or anything like that, this is Skip’s immediate reaction

We’re at the point now where I am openly rooting for Kawhi and the Raptors to keep winning because I need to see what it does to Skip Bayless. Imagine if this team makes the Finals and even wins a couple of games against GS? We may see his head actually explode. For the people that hate him and his whole schtick, the success and continued dominance of Kawhi Leonard may be the thing that finally breaks him. Can you imagine how he will spin things if somehow Kawhi wins another Finals MVP or something like that? I need that level of delusion in my life.

Given the four teams left in the playoffs there really aren’t any good rivalries. The Warriors don’t have beef with the Blazers, and the Bucks/Raptors series doesn’t exactly scream bad blood.  Thankfully Skip vs Kawhi is here to fill that void and something tells me it won’t be ending anytime soon.