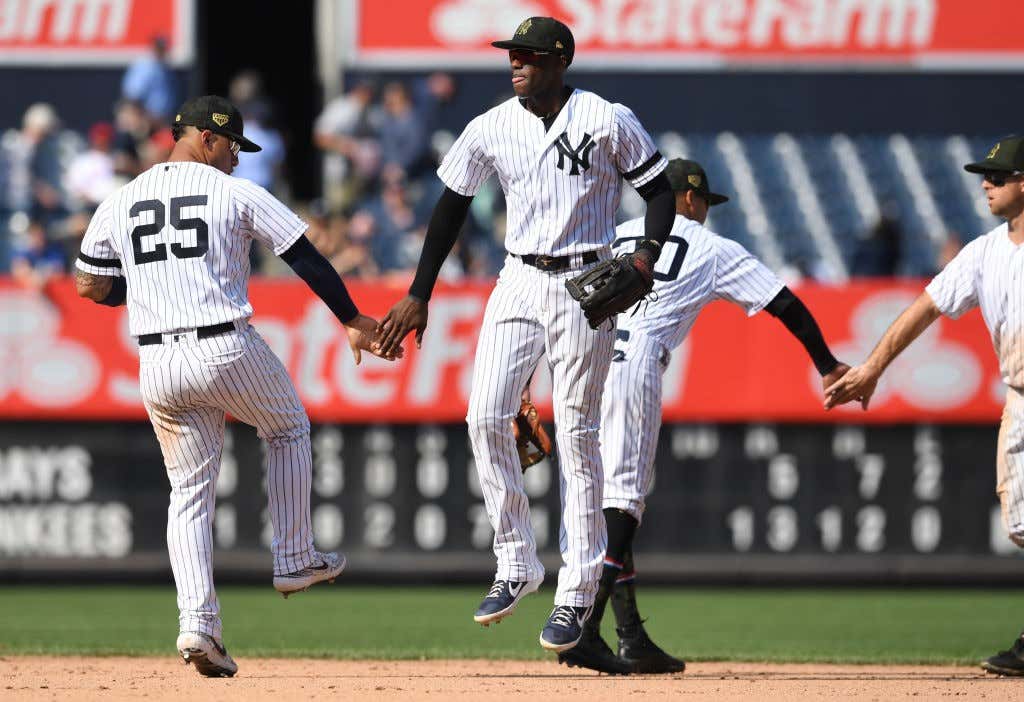 The Yankees went into Sunday with a “punt day” mentality, given their situation. Chad Green was tabbed to be the opener and then handed off to Nester Cortes. Not your ideal winning formula, especially with how Chad has been pitching of late. Green couldn’t even get through two innings before serving up two homers. Cortes surrendered a three run bomb himself and the Yanks went down 5-3 in the 3rd. How did they answer that deficit? Oh just 10 unanswered, started by an Aaron Hicks BOMB.

There is nothing like an Aaron Hicks bat drop. It legit gets me aroused. Oh have I missed those this year. Let’s do a lot more of those moving forward? Okay, cool.

The Yankees took the lead in the 6th with a few bases loaded walks by Voit and Morales to go up 7-5. That’s when the flood gates opened. Gleyber beat out an infield single (I thought he was out) and Thairo Estrada cleared the bases with a double. He is AWESOME. Gardy ended up doubling him in. After the dust had settled the Yankees had a 12-5 commanding lead, which was later tacked on to 13 with a LeMahieu blast. In a matter of minutes this turned from a nail biter to a complete mockery of the Tampa Bay Rays.

New York takes two of three from the Rays for the second straight weekend. They’ve now won 9 of their last 10 series. Their record stands alone at the top of the AL East at 28-17. This is a baseball team folks. A damn good one. The one in Queens? They’re 20-25 after getting swept by the MARLINS. Those closet Mets fans of yours have probably stopped following the team already. Maybe next year guys! Probably not.

Next up? A seven game road trip in Baltimore and Kansas City. Destroy them. Destroy them all. Giancarlo and Didi are in rehab games tomorrow. It’s all good boys and girls.