We just got done with the Relegation SZN in the EPL. Relegation is electric. It keeps every game meaningful for the bottom of the table. You can’t tank. You can’t get fat and complacent. There is no safety net. I love the idea of telling certain organizations that they’re so bad that you don’t even want to look at them anymore. They’re disgusting. America needs relegation

Not sure if you guys have been following the news, but Alabama passed abortion legislation at the State level that is causing an uproar. Alabama is effectively canceled 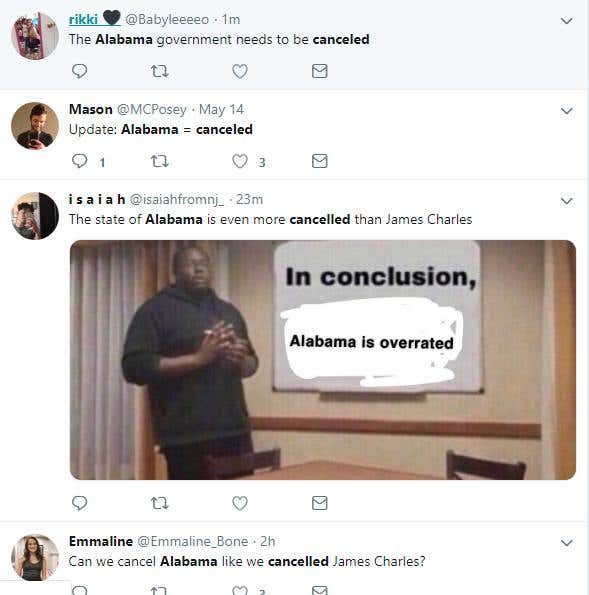 Now, it’s not really my place to comment on legislation. Especially a third rail issue like abortion. So I am not going to. I did come across one tweet that got me excited though.

Love this idea, but this Grant Woods guy is an idiot. We can’t trade Alabama for Puerto Rico. We own Puerto Rico too. They just aren’t a State. They’re in the minors. This is how we start implementing relegation. Take all of the places around the world desperate to be America’s 51st State and make them compete against each other to get their star on the flag. Imagine a competition between Puerto Rico, Virgin Islands, Washington DC, Canada, American Samoa and Guam all trying to get their American citizenship? It’d be the best thing ever aired on CSPAN.

The biggest problem, that I can see with just adding one of these extra territories is fitting them on the flag. The Flag looks pretty sweet as is. It’d be impossible to have a balanced and aesthetically pleasing flag with 51 stars. So if we are bringing in Canada that means someone has to go back to the minor leagues. All of a sudden you’d have the shittiest states fighting tooth and nail to stay up in real America. Loser gets their voting and the funding cut in half. All of the States would start scrambling to be remain in America. Get those aggrevated assaults down, New Jersey. Get your BMI under control, Wisconsin. Get that literacy rate up, Mississippi. Connecticut, maybe stop pretending like you’re better than everyone because in reality you’re basically New Jersey Jr. Delaware…do…anything? Alabama, stop forcing your cousin to give birth to your son. All of these bottom feeder states would finally have proper motivation to get their act together. Gotta act right our you’re going to lose your votes and funding to the Northern Mariana Islands.