For those who need to catch up: Hubbs posted the video above (that he 1000% did not take himself) of a girl posing for a photo shoot during the game at Yankees Stadium yesterday. And he didn’t do a single thing wrong.

But in the least surprising twist of all time, the internet did not take too kindly to it.

I was going to keep my mouth shut on this, but this has gotten so utterly ridiculous that I just can’t. The amount of tweets and DMs we’ve gotten about this is wild. Dumpster fire level 1000000. As a female who likes taking pictures of myself anywhere and everywhere, I’m honestly getting second-hand embarrassment for everybody lashing out about this. I’d like to say one thing to the people who are actually mad about us posting this video: HOLY SHIT, SHUT THE FUCK UP.

I thought I understood the internet to some degree, but I clearly don’t. Are we supposed to act like it’s it’s not funny that the process this girl took to get a picture at a baseball game looks like she’s posing for the Swimsuit Issue??? Like that wouldn’t get attention????

THAT’S WHY SHE DID IT IN THE FIRST PLACE. ATTENTION. THAT’S WHY WE ALL TAKE PICTURES FOR SOCIAL MEDIA. If that was me, I’d actually be ok with the fact this video is out there. She is a model and she looks GREAT. 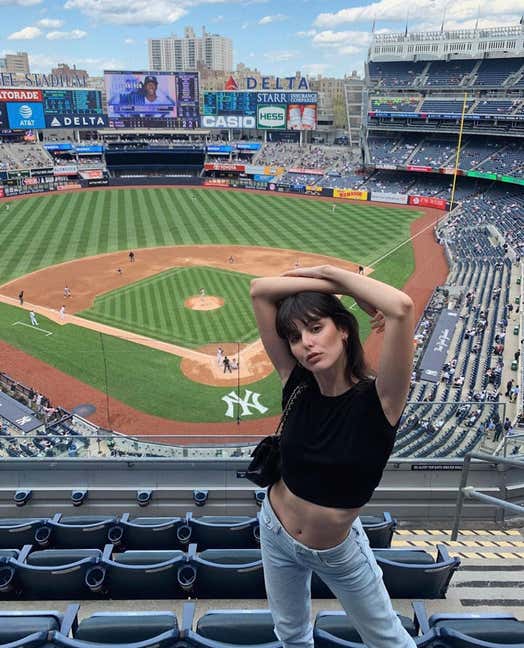 And yes, I’m saying this as somebody who has to have pictures taken of myself a lot. You know how many times I get accused of “being thirsty” on IG? A good amount. Do I care? No. Or I wouldn’t do it in the first place.  Of course I’ve had my friends take “candid” pictures of me so I can fire them off. It’s the whole point of Instagram.

PS – Let us not forget when Dave tried to shame me for taking a picture outside Fenway and I stated my case and thanked him for posting a great picture of me. If I look good, roast me all you want.

This girl wanted to get the right shot and she knew she looked good doing it. I don’t blame her one bit. But to act like it’s some creepy, egregious sin that a video was taken when you get caught red-handed executing a minute long photo shoot during a game is a complete joke. If I am posing for a considerable amount of time for a picture LITERALLY ANYWHERE, I expect people to take a video of it and to get roasted for it. I’ll still do it 10/10, but I wouldn’t be surprised people take notice.

But people have lost their minds.

I MEAN WHAT ARE WE TALKING ABOUT??? Of course she’s allowed to take pictures of herself at the game!! She’s allowed to do whatever the fuck she wants!!! If she wanted to pose for an hour, she could’ve! HOWEVER, the simple fact is that people can laugh at it. IT’S FUNNY. Both of these things are allowed to be true, folks.

Barf. Try separating your “Barstool hates women” takes from “this is really funny” takes one time for me.

And for all the horrific takes that came crawling out over the last 24 hours, this one takes ALL the cake. 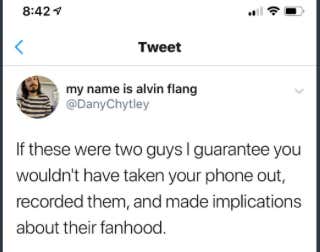 L.O.L. If this was a guy doing the same thing, the internet would shut down. We wouldn’t talk about anything else. It would literally be on every blog, every show, every podcast. It’d be a million times worse. So miss me with this forced sexism take.

Long story short, she knows she looks good. She’s a model for god’s sake. She’s allowed to strut her shit for the entire world to see.

And we’re allowed to laugh at how ridiculous the process was. Because that’s exactly what it was. Utterly ridiculous. (I’ve been there).