1) Thompson himself hosting the NHL Awards on Wednesday, June 19th.

2) Gritty hosting Saturday Night Live in the near future. Not necessarily 100% confirmed… but the invite is clearly there.

Kade: “I want to ask you about Gritty. Gritty has become national news over the last year. What do you think about this orange guy?”

Thompson: “Leave it up to Philly to come up with a crazy mascot like that. Just those eyes… I don’t know, man. He haunts a lot of people’s dreams. I know that.”

Naturally, this hit Gritty’s radar immediately & he took to Twitter where SNL responded…

I’m not quite sure what Gritty hosting would look like since he’s not too into talking, but using my high-speed photoshop skills I imagine it’d be something like this: 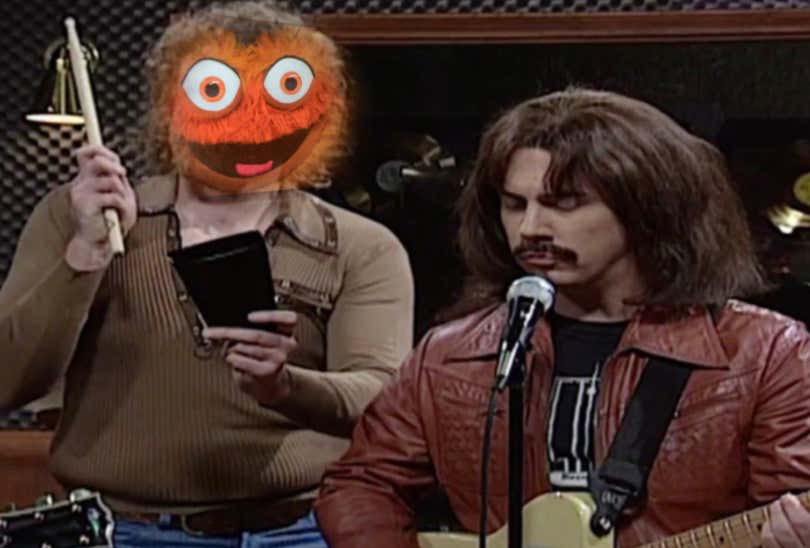 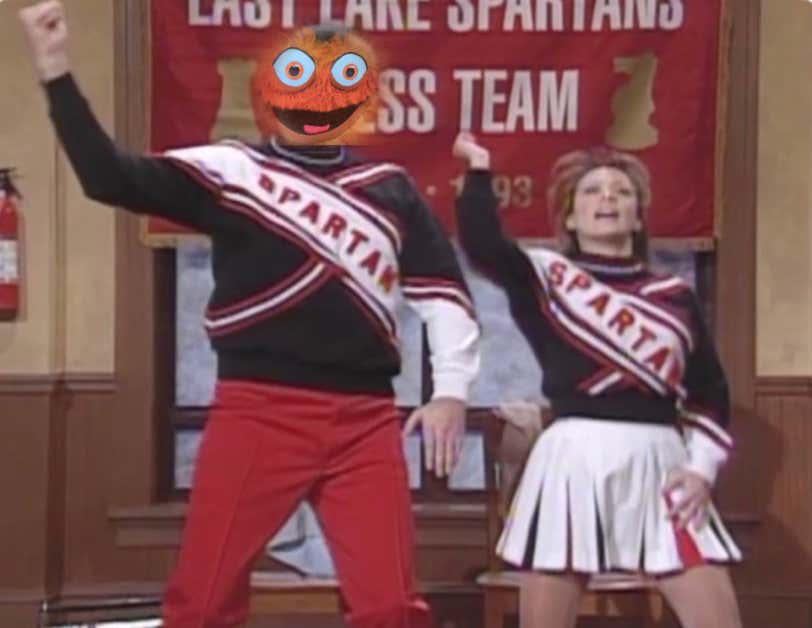 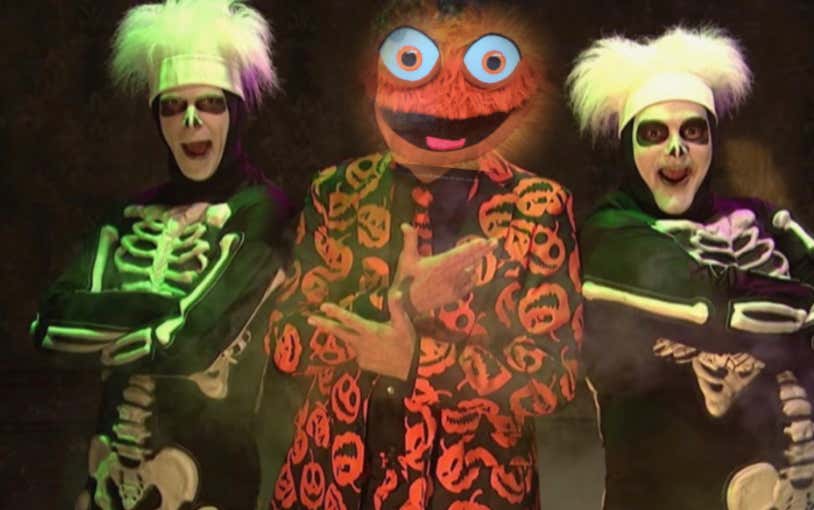 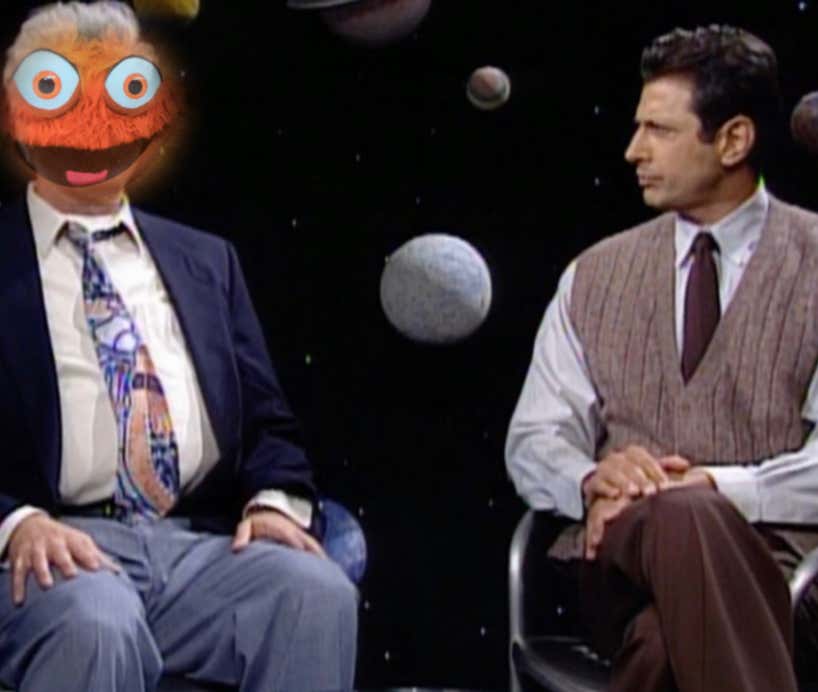 ..Without a doubt, if the moon were made of BBQ spare ribs, Gritty would eat the moon & go back for seconds.