Being a student often means living on a shoestring budget & mealtimes full of Ramen, dollar pizza slices & cereal… but for one gent who found a loophole those KFC $5 Fill Ups were the low, low price of $Free.99.

A 27-year-old student was arrested for eating at KFC for free for a year in South Africa. He used to tell the employees that he was sent from the KFC headquarters for quality check.

The man whose name has not been disclosed was a student of the University of KwaZulu-Natal in South Africa. He ate for free every day for a year from different KFC outlets by repeating the same story every time.

Every single time he used to walk into a KFC and with a lot of confidence and tell the employees that he was sent from the KFC headquarters for quality assurance of the food served in the restaurant.

The news was shared by Kenyan journalist, Teddy Eugene on his official Twitter account. The tweet was captioned, “South African man arrested for eating at KFC free for a year by saying head office sent him to taste if they are up to standard.”

According to the blog Daily Active Kenya this plucky hero allegedly used “KFC taste tester” business cards & the services of a friend who drove a part-time-limo to drop him off so he seemed extra official. Here’s some (unverified, anonymous) quotes from KFC employees in that blog that delighted me nonetheless:

“When he arrived we all try to act our best so that we don’t piss off man from head office, he was so convincing because he was so confident and even colleagues from other KFC’s knows him”

“When he comes in he rushed to the kitchen and check everything taking notes and then ask for samples of whatever he wants. He probably worked for KFC before because he knows everything.”

This only strengthens the idea that if you have confidence and a clip board, or at least the right disguise and attitude, you can stroll stealthily into almost any situation. 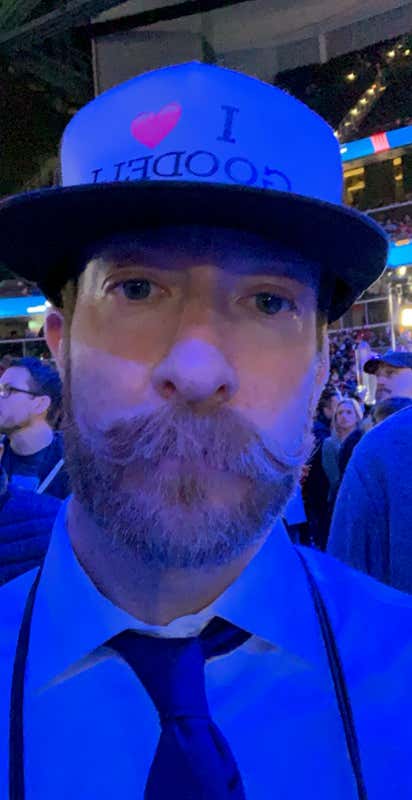