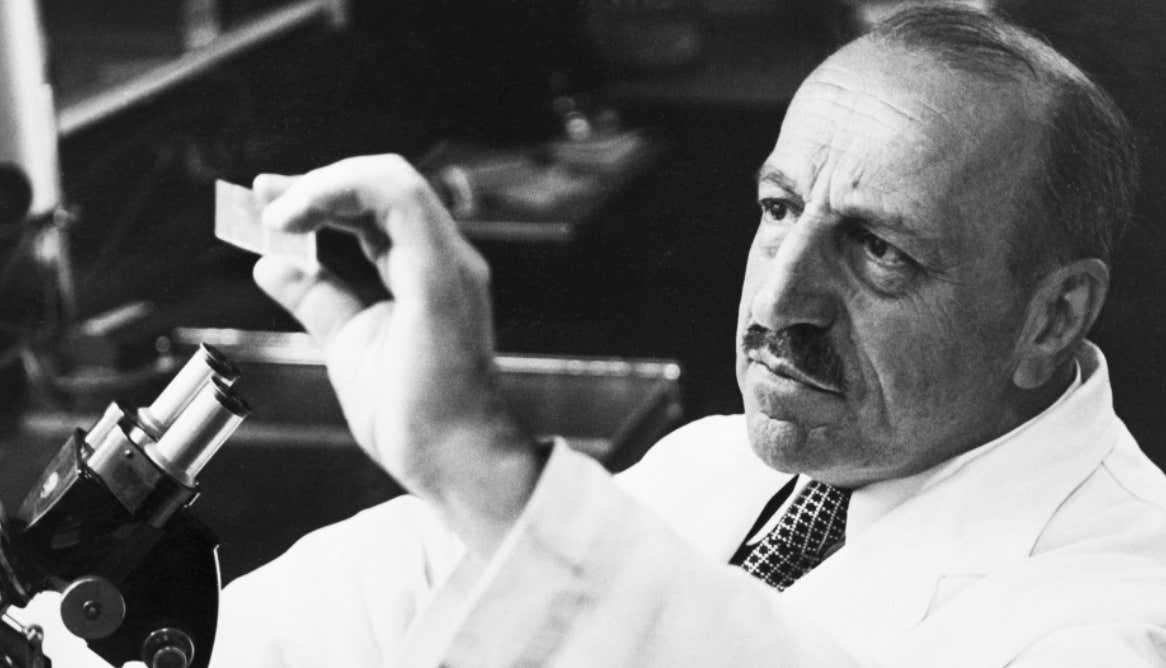 Al Jazeera- Described by many as one of the most brilliant scientific minds of the 20th century, Georgios Papanikolaou is recognised for developing the life-saving cervical cancer test also known as Pap smear or Pap test.

Today’s Google doodle features Georgios Papanikolaou, the creator of the pap schmear. Under no circumstances will I entertain an alternative spelling of the procedure. It is schmear, and I will not be moved. The DAY I arrived in New York and heard cream cheese referred to as “schmear,” any word within a country mile of “schmear” also became schmear. For that is one of the most enjoyable words to say out loud. What sort of person might not want to say schmear? I’ll tell you!

Right now, there is at least one person reading this blog with steam coming out of her ears. Perhaps a pap schmear revealed early signs of cervical cancer, and she was able to beat it thanks to the schmear. She owes her life to the shmear, so how dare I commit an intentional malapropism* for the sake of my own amusement? The stakes are too high! [Tomorrow’s spread: “BARSTOOL SPORTS’ FRANCIS ELLIS ADDS ‘CH’ TO COMMEMORATIVE MEDICAL BLOG, UNLOX MARRIAGE OF ANTI-SEMITISM AND SEXISM IN BRAZEN ATTEMPT TO STIRRUP CONTROVERSY”] Count the puns.

Madame, I encourage you to say the term allowed (aloud?) for you just may find it pleasing to both sets of your dehydrated, cracked lips.

Of course I tip my cap to both Georgios and his groundbreaking, life-saving medical test. Estimates say that this simple procedure has cut fatalities in half. And for that, we celebrate him today, on what would have been his 136th birthday. Good thing he’s not still practicing! Ew!

*h/t KB No Swag, who has replaced thesaurus.com as my word-choice tool.