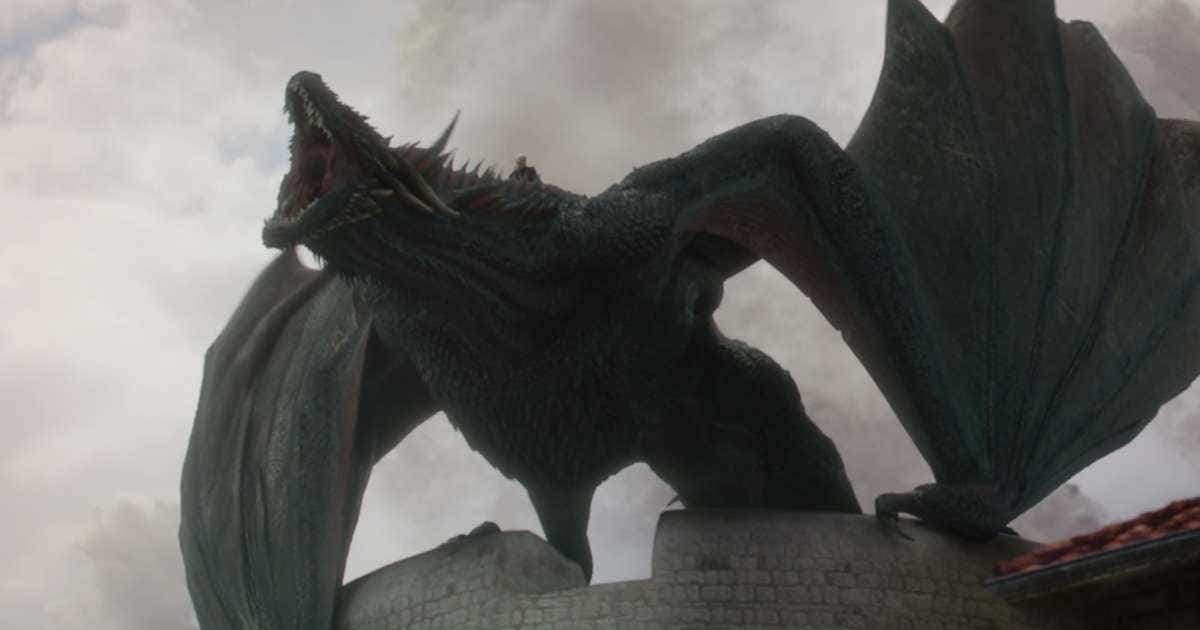 Say what you want about Dany going crazy and burning King’s Landing to the ground. But Drogon put on a performance for the ages last night, and it’s about time. I mean Dany had 3 dragons and she kept fucking up every damn time. People were starting to wonder that maybe it was Dany’s fault. I mean how can you have a Big 3 and just keep racking up all these L’s? First there was Viserion, who ended up getting sniped by the Night King and came back as an ice dragon to try to destroy all of humanity.

And then even when it was 2 Dragons against 1 in the Battle of Winterfell, Drogon and Rhaegal weren’t able to get much of anything done. Sure, they gunned down some wights but that was about it. If it weren’t for Arya killing the Night King and zombie ass Viserion going down with him, Drogon and Rhaegal would have gone down as two of the biggest busts in dragon history.

But then even when Drogon and Rhaegal got a second opportunity, they start heading toward King’s Landing and their awareness level was at an all-time low. And then down goes Rhaegal.

The fuck did you guys think was going to happen? You didn’t think that King’s Landing would be ready for you? You don’t think that they’d have some sort of defense set up while you were all fighting zombies up North? Again, a lot of that fault lies on Dany. But you had a dead guy take out a giant ass dragon with one ice spear, and then you had the horniest dude in the world shoot another one down with a giant spear just so he could fuck Cersei some more. I think everybody was starting to think that maybe these dragons just don’t have what it takes to be great. I mean they’re great on paper, sure, but when you put them out there in the actual game? They crack under pressure. The Houston Rockets of the dragon world, if you will.

But then last night happened. In a do or die situation with everything on the line, Drogon went out there and put on a performance to solidify his spot as one of the Greatest Of All Time.

That’s an MVP performance at out of Drogon. And he didn’t even need any help. He took out all those scorpions on his own. He lit the entire city ablaze on his own. The only thing the rest of the army did was start to beat up a bunch of guys who already surrendered because Greyworm was still all up in his feelings about losing the one girl he ever dry humped.

All I’m saying is that we’ve just never seen that out of Drogon before. We always knew he had the potential to be great. I just feel like his brothers were holding him back a little. This was just a classic case of addition by subtraction. There’s only one ball on the court and Drogon didn’t like sharing it. But now that it’s fully his team? Now that he doesn’t have to share the rock? Well he just dismantled the most powerful city in Westeros all on his own. Yeah, I’d say he’s better off without them.