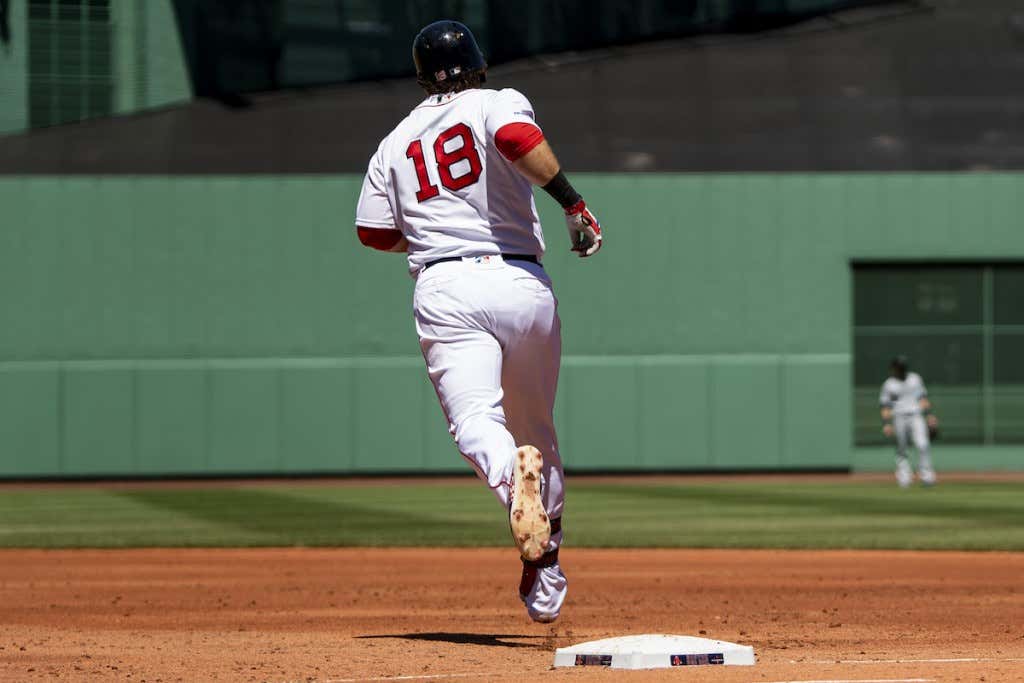 For a majority of the month of April, the Red Sox vastly underperformed. And when they won a game here and there, they quickly reverted back to a disaster of a team. I didn’t recognize that team. Well, I did because it was essentially the same team that won the World Series last year, but they certainly weren’t playing like it. And then something changed.

What that “something” was, I do not know. There was no defining moment. It wasn’t just one area that improved, because they were scuffling on all fronts. They kind of just, started winning. I’m obviously not complaining, but I also don’t have a real explanation for the corner that they turned. They just stopped playing like shit and started murdering teams again. The pitchers that were getting shelled started pitching like the back of their baseball cards again, the offense started beating teams over the head with hammers, and the bullpen started to form an identity after a cloud of uncertainty coming into the season.

The low point on the year, in my opinion, was when the Red Sox went into the Bronx and lost both games to a Yankees team that was barely recognizable after being marred by injuries. Since losing that final game in the Bronx, the Red Sox have hauled off 15 wins in their last 21 games, including 10 of their last 12.

When can you say a team is officially back? The Red Sox are in third place. That’s an improvement on being in last place, which is where they were after that Yankee series, but third place is not the goal here. Not even a little bit. Boston was as many as 8.5 games back on April 19. They’ve now cut that down to four games behind the Rays, 2.5 games back of the second place Yankees after their loss to Tampa on Saturday. Still, not where they want to be. Regardless, we’ve got ourselves a three-team race, which is what we expected all along. But are the Red Sox “back” or not?

I suppose that’s a matter of opinion, as there’s no exact definition of what makes a team “back” after starting the year 6-13. Whether you think the Red Sox are back or not, one thing is for sure and that’s that they’re back to playing really good baseball again. Thank God. On Friday, the Red Sox blew out the Mariners to reach a winning record for the first time in 2019. It’s a big milestone to reach, especially when you’ve been chasing it since Opening Day, but that falls flat if you lose on Saturday to fall back to .500 again, so it was important to keep the ball rolling.

It didn’t appear that would be the case when Rick Porcello allowed four quick runs on five hits in the first inning. Five years ago, a four-run deficit was ballgame over with Felix Hernandez on the mound, but unfortunately for baseball fans (fortunately for Red Sox fans), we’re watching a shell of his former self out there and the Red Sox were able to climb back into this one almost right away. Mitch Moreland homered in the bottom of the second, his 12th, to start the chipping away process. Michael Chavis doesn’t have enough plate appearances to qualify, so Moreland’s .909 OPS is quietly leading the Red Sox through the club’s first 40 games, as he’s on pace for a casual 49 homer season.

In the bottom of the third, the Red Sox exploded for eight runs, which was highlighted by a game-tying two-run base knock by Rafael Devers, a go-ahead two-run base hit by Jackie Bradley Jr., and a three-run bomb into the Monster seats by Sandy Leon, his first home run since September 19 of last season. Devers had three hits again, his second game in a row with three hits and his 10th multi-hit game in his last 15 games.

It was an ugly start to the day for Porcello, but he deserves a ton of credit for settling in after a rough first to put up zeroes the rest of the way, getting yanked with two outs in the seventh at 107 pitches. That was a bulldog performance by the veteran pitcher when he clearly didn’t have his best stuff. He didn’t let the four-run first dictate how the rest of his outing would go, and while it might not have been a quality start, it was still one of his better outings of the season because of how he recovered to shut down the team with the most homers in the majors.

In the series finale, it’ll be Hector Velazquez, who will be taking the spot of David Price who’s on the injured list with tendonitis in his left elbow. Velazquez has been used as an opener for Boston this season, often piggybacked by Marcus Walden, and has a 3.60 ERA in his last ten appearances, which spans 20 innings with 17 strikeouts. For Seattle, it’ll be Marco Gonzales, who has pitched well for the Mariners this year with a 3.08 ERA, striking out 39 batters in 52.2 innings. He also was the winning pitcher against Boston back on March 28, holding the Red Sox to three earned runs over 5.1 innings.