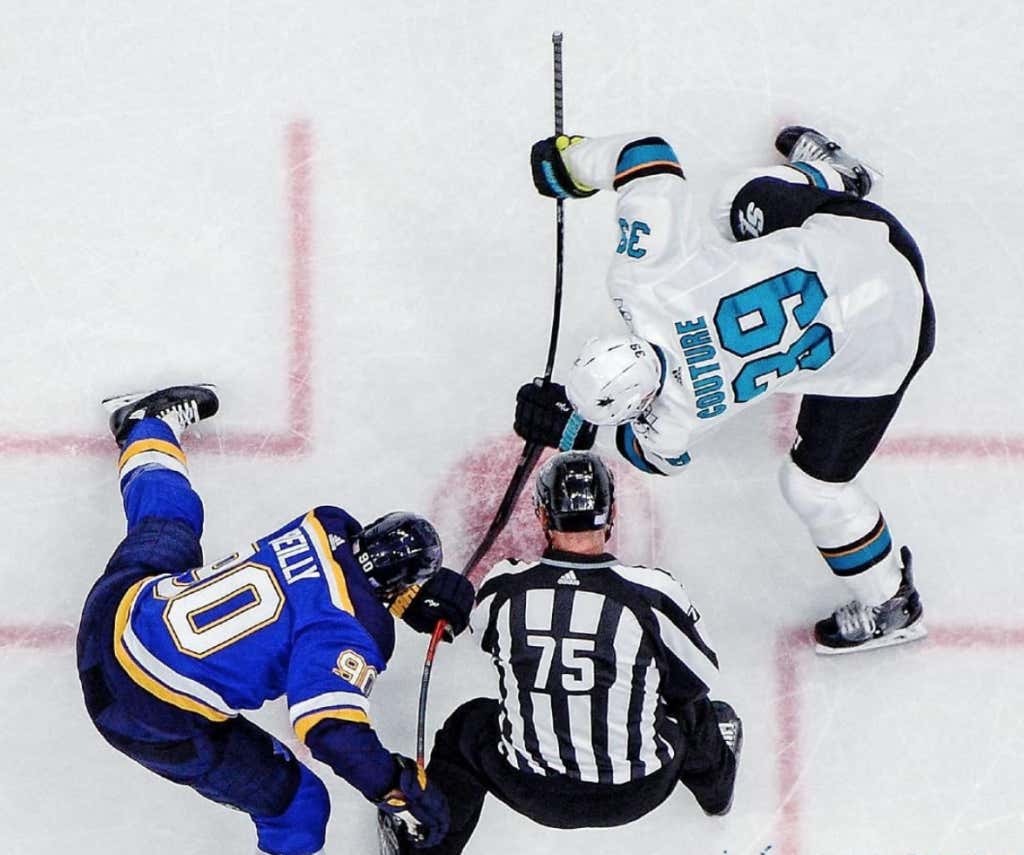 Here we are. Today is May 11th, 2019 and the Blues are about to start the Western Conference Finals. Its a BEAUTIFUL sentence and I am very grateful for it. In my lifetime the Blues have been to the Western Conference Finals only 3 times! 2001, 2016, and this year, 2019. It is VERY hard to get here and everybody has to recognize the urgency of this opportunity. Winning this series would mean going to the Stanley Cup Finals for the first time since 1970! That is 49 years ago. 49 YEARS!!! The opportunity is so real and right now it is a blank slate. You never know if its going to be 1 year or 15 years in between these type of stakes, so executing when you do have it is SO very important. Its time for all of us to respect the Hockey Gods and do every single thing possible to make it happen. Let’s get into it. 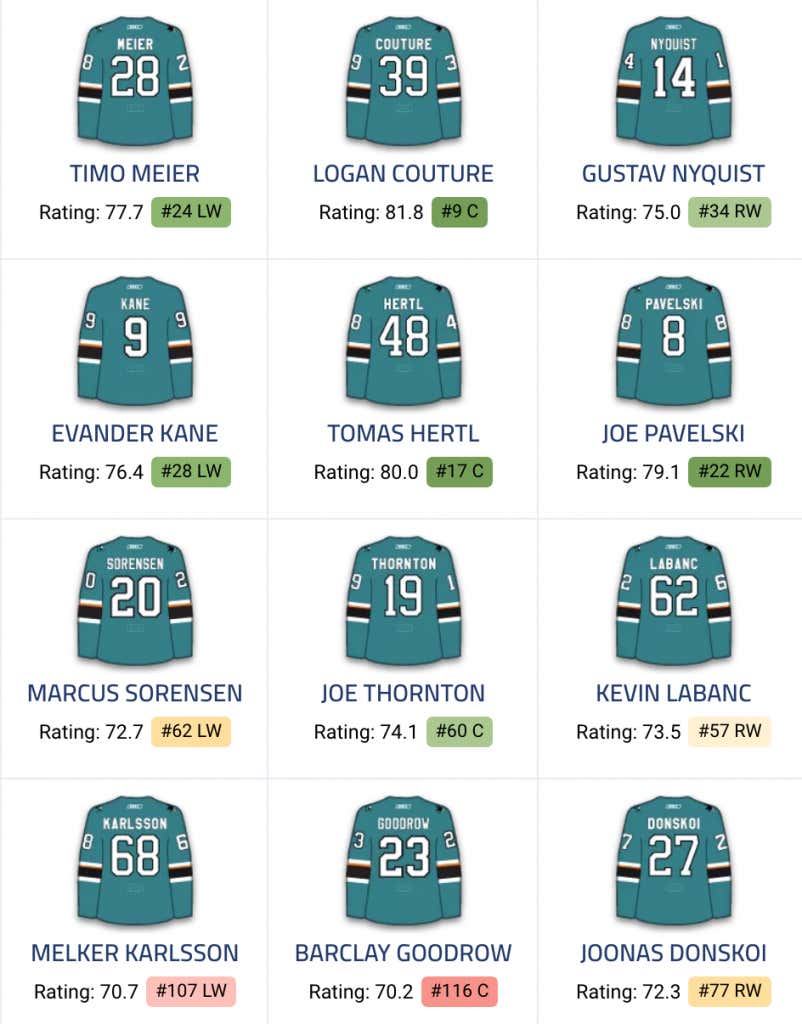 Couture, Pavelski, Kane, Meier, Hertl, Thornton, and Nyquist are ALL household names in the NHL and guys that you look at and go “Oh he’s good”. There are no two ways about it. They are deep with skilled players that have experience in the league and thousands of points between them. Similar to playing against Wheeler/Scheifele/Connor/Laine/Ehlers and Seguin/Benn/Radulov/Zuccarello/Hintz the Blues are going to need to play a structured game that relies on grinding them down and wearing them out down low. Getting into a 6-5 shootout is probably not in their best interest with a team built on so many different weapons. O’Reilly and the Blues defense will have to really continue the tight defensive focus they have succeeded with in the past two rounds to suffocate all of these skilled guys. Turn them into grinders and I think we are looking at an advantage for the Note. 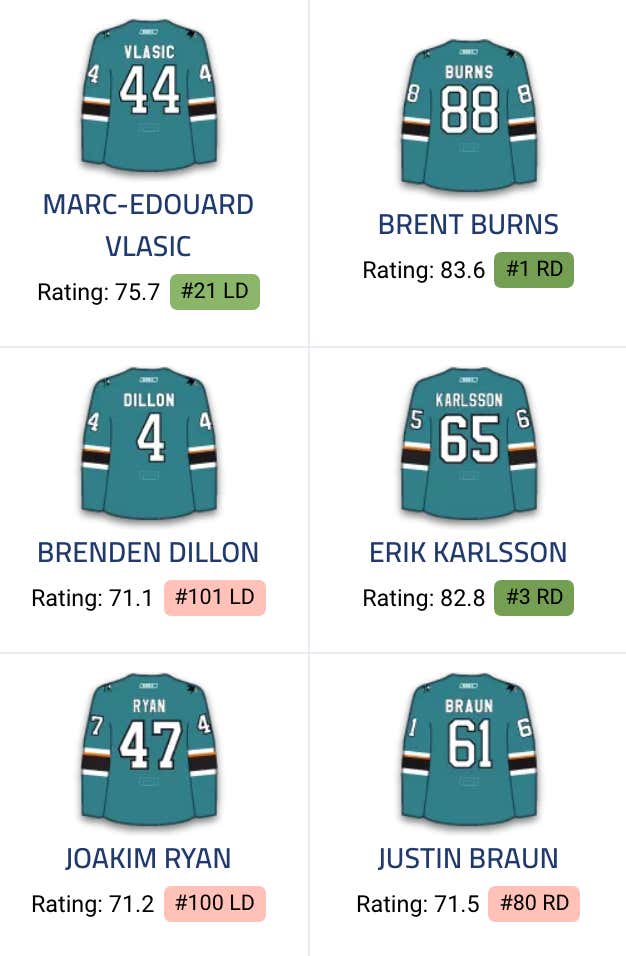 Whenever you see Karlsson and Burns it is easy to think “oh shit!” and be intimidated. They are about as brand name as NHL defenseman get and BOTH have Norris Trophies on their mantles (Shoutout to Al MacInnis and Chris Pronger for being one of the other few Norris teammates in history). There are questions about their lockdown defensive ability and each one deals with the give and take that comes with being an extremely offensive defenseman. Marc-Edouard Vlasic is the one tasked with shutting down the Blues forwards while these two run and gun. The Blues absolutely NEED to prevent Burns and Karlsson from creating a second layer by trailing the play and being and dangerous option for the forwards to hit coming in late. The way the Blues back-checked vs. Dallas on Klingberg and Heiskanen is going to need to continue to ensure that the Sharks D can’t activate the way they want to. Dillon/Ryan/Braun are good serviceable defenseman but their impact on the series will likely rely on how much the top 3 guys can drive the bus for the rest of them. 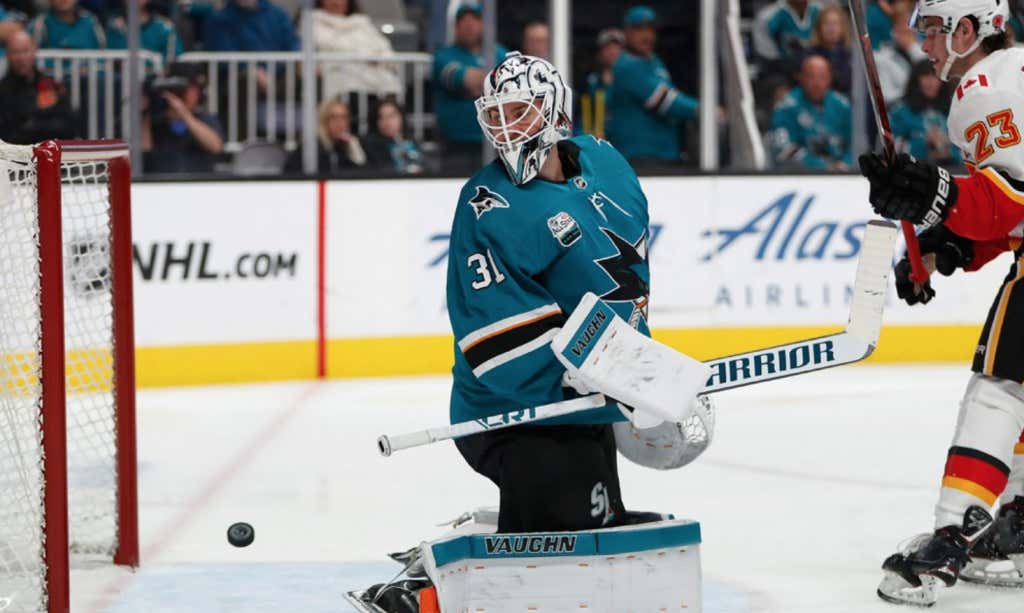 Martin Jones is a tale of hot and cold. He started the postseason by getting YANKED in 3 games! He has then turned into a very good goalie who has been stealing games for the Sharks and playing like a madman. I don’t think a lot of goalies are going to intimidate the Blues after they just faced potential Vezina winner Ben Bishop who ABSOLUTELY stood on his head. Martin Jones has played very good but also has a very fair chance of unraveling at the seams and letting in a couple Jersey Shores beachballs if things go a certain way.

(He also was kind of a hardo to me and my intern Rudy at a club called Avenue in New York earlier this year when we partied with the Sharks. It wasn’t a big deal at all, should my dumbass really be bumping elbows with Erik Karlsson? I will say though that we were dying laughing when Mr. Jones then proceeded to go 0 for 16 wheeling girls in the VIP section… tough break. Can’t say it was the most inspiring performance from an NHL starting goaltender.)

There are ONLY good teams left at this point:

After going through the Sharks roster, there aren’t a ton of holes you can obviously poke through it… and guess what? That’s ok! After trying to convince yourself that your first and second round opponents are definitely beatable, you realize that you aren’t going to get an easy matchup in the Western Conference Finals. Its just not going to happen. The Blues have not been to the Stanley Cup Finals since 1970 and if you thought it was going to be a complete cakewalk to get there now, its just not realistic.

They’ve already “lost” a series in these playoffs:

I watched the entirity of that now fateful Game 7 between the Vegas Golden Knights and the Sharks on __________ and I honestly don’t think I’ve ever seen a team as soundly silenced for the first 47 minutes of a hockey game before. When Max Pacioretty scored to make it a 3-0 game, I started thinking about how the Sharks must be so frustrated because they just couldn’t get it done once again. Then the major penalty heard round the world was called and the landscape of the Western Conference shifted. And now we’re here. The Sharks did beat Colorado fair and square in 7 games. If Pete DeBoer doesn’t challenge the offsides on the Avalanche’s second goal, a 2-2 game could have gone either way, but offsides reviews are now part of the game and you can’t stand in the zone for 4 seconds before getting on the bench and get away with it.

No matter what you want to say about their two series, they have not been untouchable so far. If the refs don’t call that penalty vs Vegas I have 0.0% doubt in my mind that the Knights would have won that game and the Sharks would be at home. If Landeskog steps onto the bench faster and the Avs ride the momentum to a Game 7 win the Sharks would be at home. The bottom line is, they are a great team with tons of skilled players, but it is possible for them to be beat.

At the end of the day, just let my little rat DANCE.