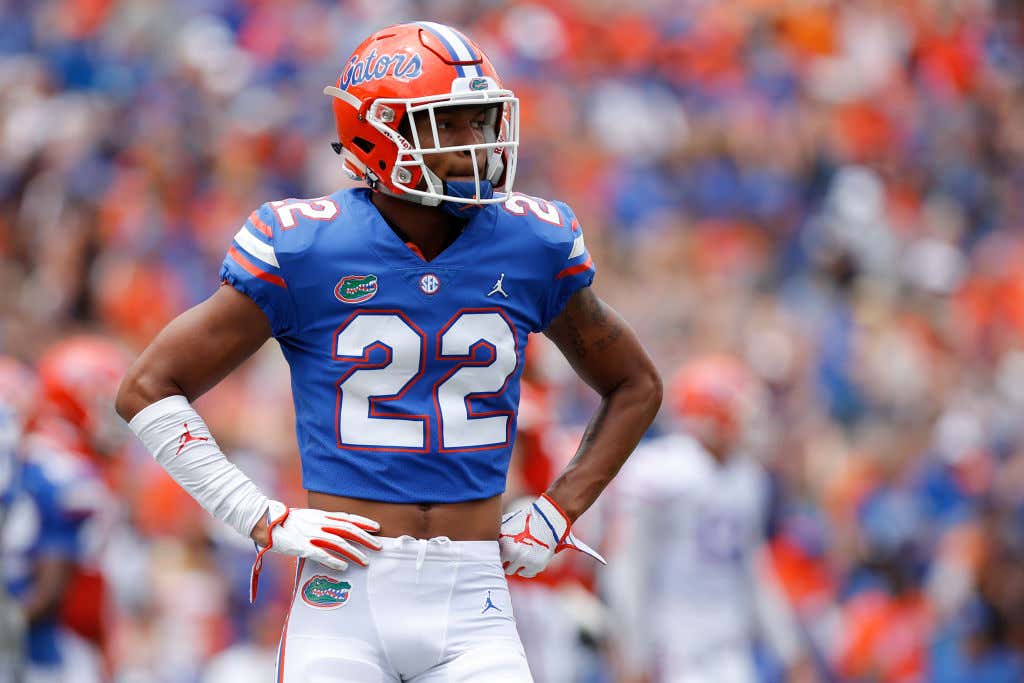 Dan Mullen’s first year-plus as the head coach of the Florida Gators was looking not too bad until the past month or so. His class of 2019 recruiting class came in at 9th, a very good haul. That class took a bit of a hit after Jalon Jones hit the transfer portal after this alleged incident:

Jalon, a 4-star QB who had been on campus for just a few months, was roommates with fellow top recruit, 4-star DB Chris Steele. The 42nd best recruit in the nation according to 247 Sports. Today, Steele entered into the transfer portal:

What happened here? Well, it relates back to Jalon Jones:

SOURCE-The former five-star recruit has entered his name into the NCAA transfer portal. Steele met with UF coach Dan Mullen on Wednesday night and informed him, a source close to the situation told The Sun.

The decision stems from a request Steele made to the staff during his first month on campus, the source said. He asked to be moved to a different dorm because he was uncomfortable rooming with quarterback Jalon Jones, his classmate.

The staff did not plan to move Steele until the summer, which upset Steele and his parents, according to the source.

Then two female students accused Jones of sexual assault in the players’ dorm rooms on April 6. That prompted Steele to seek a transfer.

Jalon Jones was not charged for the alleged assaults, but him leaving campus may indicate he knew his time at Florida was over, guilty or not. Steele wanting to switch roommates makes sense. Can’t blame the guy for wanting to switch roommates from an accused sexual predator. Florida’s response is bizarre. What did they want him to do? Hey, Chris, we know you don’t feel comfortable with this living situation, but maybe you can work out your differences. If not, we’ll revisit this in the summer. There’s something in the water down in Florida. It turned Urban Meyer crazy and now it’s Dan Mullen’s job.

Taking out Jalon Jones and Chris Steele turns Florida’s 2019 class rating into a 268 on 247 Sports:

That would result Florida’s class of 2019 turning into the 14th best class, instead of 9th:

If what Chris Steele claims is true, the recruiting impacts could be a pretty big deal. Not accommodating a top recruit will be noticed by future recruits and their families. Will it matter in 2 years? Most likely not, but the little things matter in recruiting.

Now for Chris Steele, I’m sure he’ll revisit the idea of attending USC, where he was committed to until October 2018. Steele is from California and him transferring to USC would turn the Trojans class from 20th to 17th.