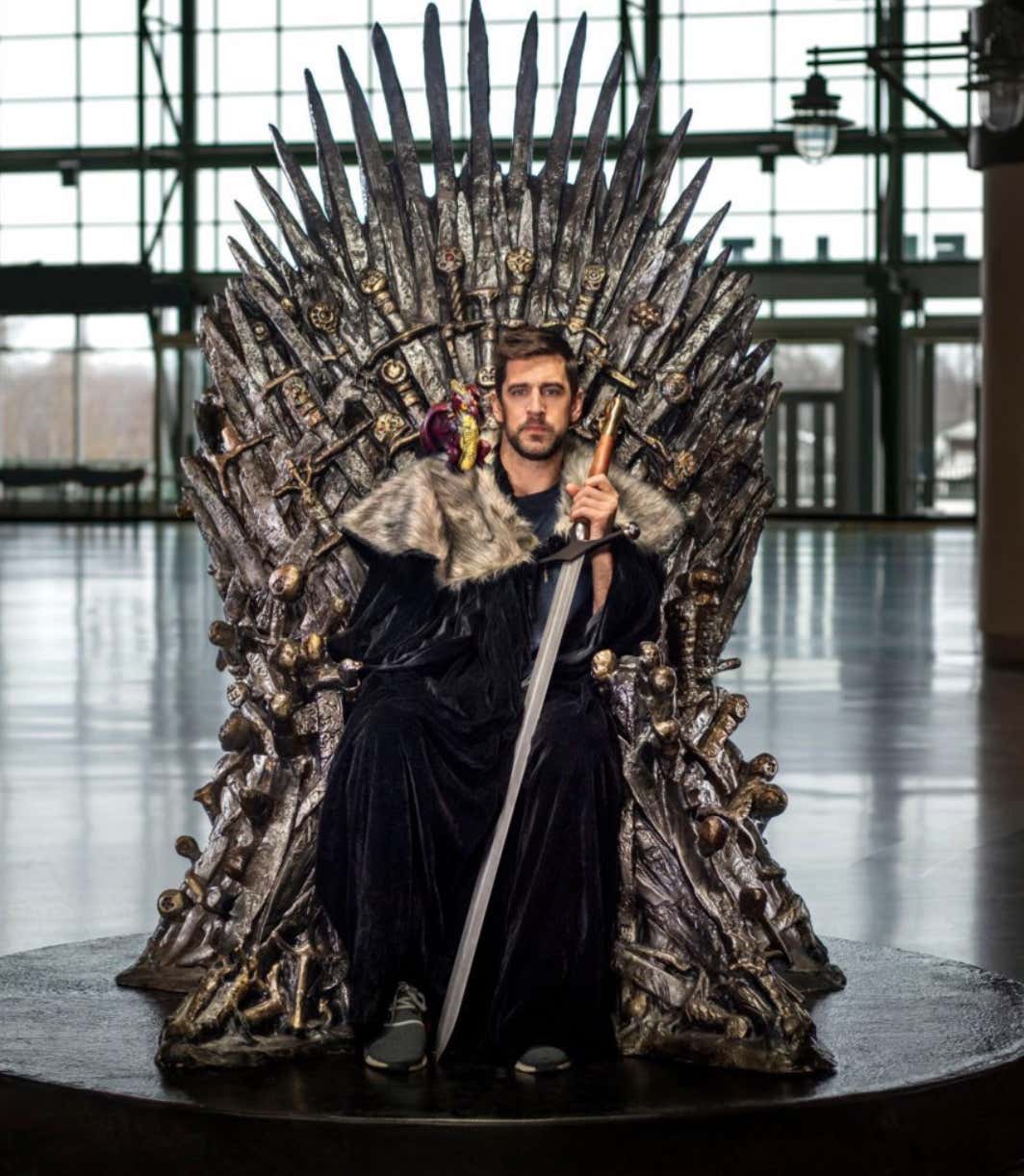 Aaron Rodgers is a HUGE GoT fan and cameo rumors have been circulating for months, but it’s official: Rodgers will appear in this week’s episode.

An episode, btw, Emilia Clarke said was the biggest of the season:

“Episode five is bigger. Episode five is, I mean, four and five and six, they’re all insane, but like… Find the biggest TV you can.”

I. CANNOT. WAIT. Not only will it be the biggest episode of the season, but MY football king will make a guest appearance. We don’t know in what capacity, but about a year ago he told The Dan Patrick Show he would want to either be killed or get naked.

DP: Have you been approached to be on GoT?
AR: I can’t confirm or deny that.
DP: Did you ask if you could be killed… if they did ask you to be on GoT?
AR: I definitely want to be killed or in one of the steamy scenes, for sure.
DP: I think you might get killed first.
AR: Yeah, probably killed.
DP: Nudity? Would you do nudity?
AR: Partial.
DP: Upper or lower?
AR: Well it depends on the… probably upper.
DP: If Khalessi is naked, will you be naked?
AR: Yeah, probably. Well they’re never naked anyways. There’s always socks and different things.
DP: But you’re willing?
AR: Nah.

My vote is nudity for obvious reasons, but I will be closing my eyes like a little bitch if they swiftly cut his head off. I don’t care if that’s cool for him or if it was one of his preferences, I’m not down to seeing my QB get beheaded. I’ve seen him injured enough in real life, really don’t need to see him die on HBO.

To be honest, it’s going to be a little weird to see Rodgers in that setting, in any capacity. He’s not a part of that world and to see him suddenly appear in the middle of one the biggest episodes of the series – a series I have been watching since day 1 – well it’s going to feel a little bit like a disjointed dream. But I’m here for it!

I just hope it’s not a cringeworthy scene like his appearance on The Office was thanks to Andy Bernard.