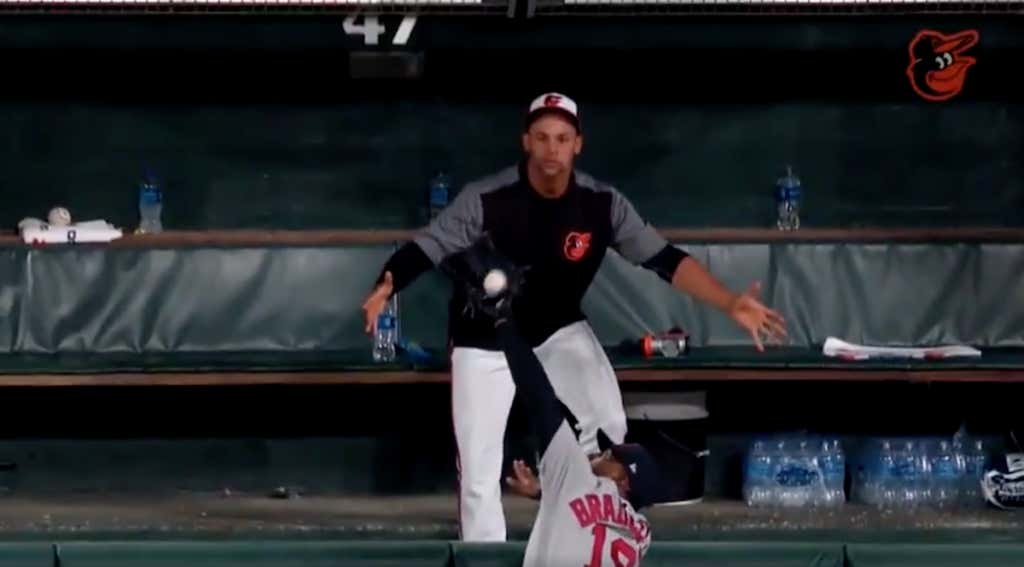 What a fuckin’ game, folks. Yeah, yeah, yeah it was the Orioles. Don’t care. It was still a hell of a game.

Chris Sale is the Orioles’ biological father. Flat out owns them. You can say that’s an easy feat considering that they’re a terrible baseball team, but I don’t see anyone else putting up sub-one ERAs against that team. Sale has. On Wednesday night, Sale carved up the Orioles for eight innings, holding them to just one run, allowing three hits, while punching out a season-high FOURTEEN batters. It was the third time in his last four starts that he’s struck out at least 14 batters.

Speaking of those last four starts, Sale is featuring a 1.73 ERA with 42 strikeouts in 26 innings. Yeah. He even had an immaculate inning in this one against the O’s, as he was dialing up 95 on the gun. If you wanna hate and say that he’s not “back” because of who he’s doing it against, then you’re just in denial. You loved to watch him struggle and now you can’t stand to see him toying with teams like they’re little mice in the lion’s cage.

Unfortunately for Sale, the Red Sox weren’t doing much at the plate outside of a solo home run off the bat of Mookie Betts in the third. The two teams remained knotted at one into the bottom of the eleventh when Trey Mancini, the only legitimate threat in the O’s lineup, launched an 0-2 fastball out to deep center. The ball kept sailing until it went over the fence, which normally would be a walk-off home run, but that’s where Jackie Bradley Jr. roams. It was an out.

I mean, holy fucking shit, dude. It’s like, yeah he’s done this before. But every time that he does it, I still can’t believe my eyes. Yeah, he’s been struggling at the plate and even that notion might be an understatement, but this is where he makes all the difference and how he earns his spot in the lineup card on a nightly basis. He can hit under .200 and still win you ballgames. He’s that good defensively, but you already knew that.

The game went into the 12th inning and then it was time to go home. With two outs in the 12th, Andrew Benintendi hammered a 2-1 fastball out to deep right and that baby was gone. Alex Cora had already deployed Brandon Workman, Ryan Brasier and Matt Barnes, so it was up to Heath Hembree to get the save. His first ever. In his career. Not only did Hembree get the O’s in order, but he struck out the side to give Red Sox pitchers 22 strikeouts on the night.

Mock us all you want, but damn does it feel good to be back to .500. Obviously, the goal isn’t to be a .500 team, but it’s a box to check off when you start the season 3-9, fighting to get back to .500 ever since. It’s been an uphill battle with Red Sox starters constantly giving up bombs the first three times through the rotation, collective slumps across the board, relievers blowing games, and injuries to everyone who attempted to play second base. But then came Michael Chavis, the rotation getting their shit together, the bullpen getting in a rhythm, and Mookie Betts getting hot.

After winning 11 of their last 14, it’s time to start getting several games above .500 and paying attention to the standings again, gaining ground on the Yankees and the Rays as the road to first place is officially on. The Red Sox now head back to Fenway Park after three straight series wins for an eight-game homestand, sending Eduardo Rodriguez to the mound in the series opener against the Mariners. In his last five starts, Rodriguez has a 3.45 ERA with 34 strikeouts in 28.2 innings with the Red Sox going 5-0 when he’s been on the mound.

Opposing Rodriguez will be Erik Swanson, who went six shutout his last time out against Cleveland, but gave up 10 earned runs in 9.2 innings over his previous two starts with five bombs.