What a game Sunday. The Captain getting things started only a minute into the game was so incredibly helpful and that goal instantly took some of the pressure off in a potential elimination game and let everyone play with confidence. Pietrangelo has been so consistent and solid. He quietly has 10 points so far which is one point off Brent Burns for the highest scoring defenseman in the playoffs. The first goal in a Game 7 is so insanely important, especially at home.

A huge question for the last 36 hours has been the health of Ben Bishop. 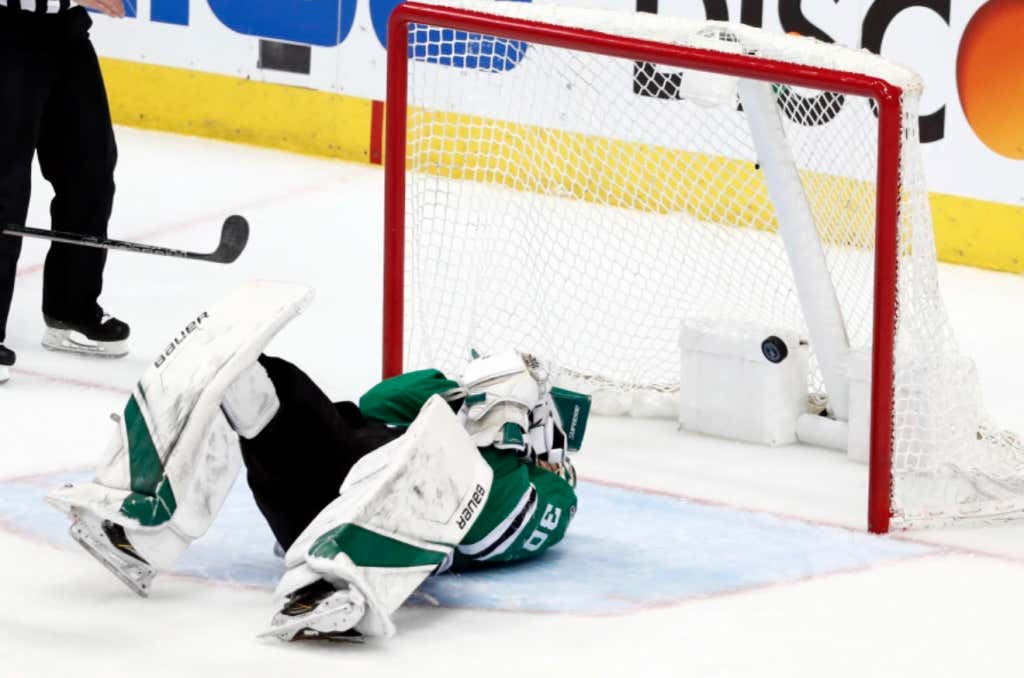 After one of the more bizarre plays I’ve seen in recent memory, Ben Bishop laid on the ice writhing in pain after getting obliterated by a slapshot and getting scored on. The most important aspect of the play was the fact that the Blues had just scored to ensure a 3-1 lead, but aside from that, it appeared briefly that Bishop might have been significantly injured. Given that he is a Vezina contender and has carried the Stars for portions of the season, it seemed as if they might be without a major part of their team for the rest of the series. After a lot of time spent on the ice and being tended to by the training staff, Bishop was fine and took the net to continue playing. The Stars have maintained that Bishop is fine.

And it has been announced that he will start Game 7.

So there is no huge change even though it appeared major drama was on the way. Obviously, you’d think the Blues would want to test Bishop early with missiles up high to try and make him uncomfortable if there is any lingering soreness with his shoulder. Bishop has seemed to turn into a Largemouth Bass whenever a Blues forward has been within 16 feet of him, and I can’t imagine his apparent injury will help anything.

There is no two ways about it, if the PP isn’t going to be a contributing force then we are going to need some Game 7 heroics from the guys who have come up big for them before. 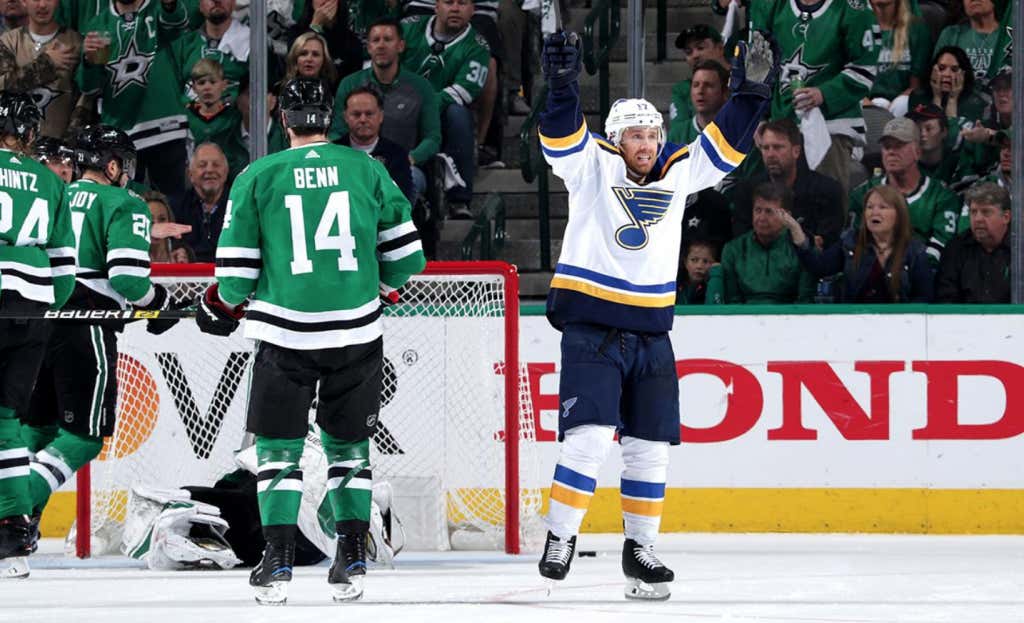 Jaden Schwartz continues to be the definition of clutch and a playoff machine. 8 goals in 12 playoff games is so goddamn disgusting I can barely stand it. After scoring 11 goals in the regular season, there is a real chance he could eclipse that total in the playoffs if the Blues can get it done tonight which would be a pretty crazy stat.

I am extremely excited to see Sammy Blais in his second game tonight after pulling off one of the cockiest moves I’ve ever seen in Game 6.

What an absolute legend. There is something so primal about pulling up and just letting the Howitzer fly instead of even thinking about any type of finesse shit. I’ve heard some people say he was trying to spook Bishop by shooting up high right after the injury and while that may be true, I am much more glad it went straight in. The closest thing hockey has to windmill dunking on somebody.

Sundqvist and Perron came up huge on Sunday and will need to do it again. This goal completely changed the complexion of the game and I am scared to think about where it might have gone without them.

My pick for the X-factor tonight? Well all you have to do is look at the numbers.

The 7th Game 7 on May 7th with a 7pm Puck drop and #7 Rally towels?!! THE BIG RIG IS COMING THROUGH. The Oakville native has been so clutch during the past month and I think tonight will be no different.

I said it before Game 6 when everyone is panicking and I’ll say it again right now. I believe in this team. They have had their backs against the wall since January and have come through time and time again. The play for each other and just grind their dicks off no matter what the circumstances are. The love playing for Chief Berube and do not want to stop today. After they got it done Sunday in a spot that years of Blues teams have failed in, I have full confidence that they will get it done right now. Boris it itching to get out of his cage and hit the dance.