This was posted on the Barstool IG account yesterday, which I’m sure most of you follow. I don’t like to blog about posts from the main account because it seems like low-hanging fruit, but this clip is so good that I wanted to offer some color.

First, let’s doff our caps to this wonderful man. 2:52:51 is a TREMENDOUS marathon time; let’s make sure we recognize his accomplishment. Of course, 36th place doesn’t hold the same weight as, say, 1st place, but it’s still very impressive. That means he averaged 6:36 miles… the whole marathon. That blows my mind. Any man that can run that many miles that fast is a goddamn legend in my book. Truly a magnificent feat of endurance and VO2 max or whatever they call it.

However, that’s the cutoff. Anybody who finishes after that isn’t taking it seriously. Right? If you’re a true marathoner, you need to get down into that 6:36 range or you should probably focus on bettering yourself in other aspects of your life. 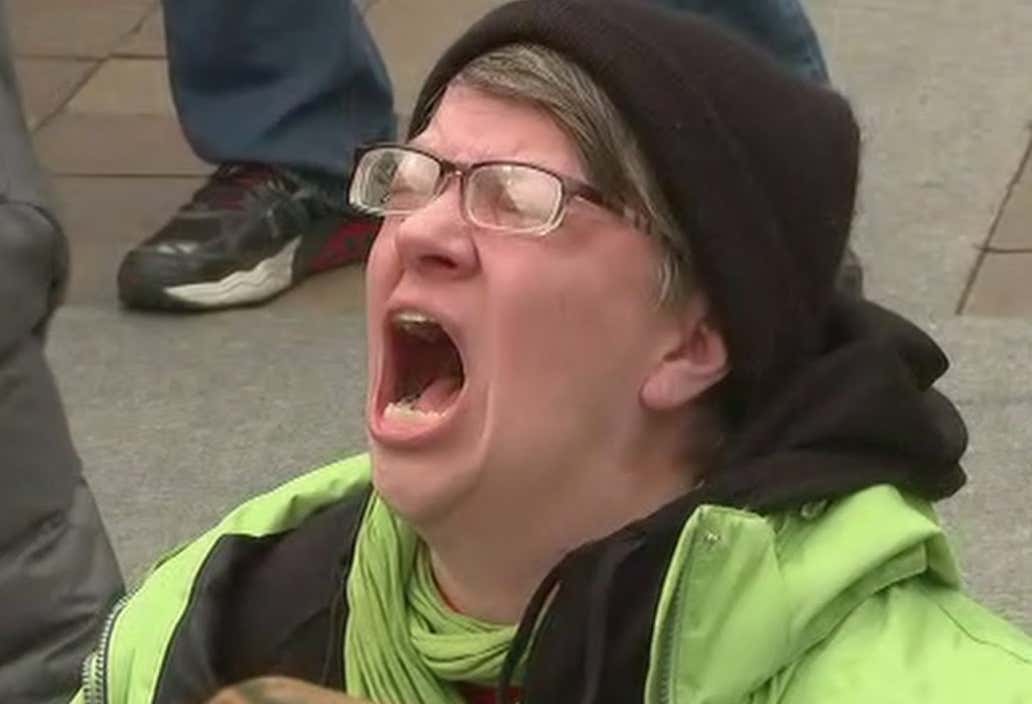 She looks mad, huh? Wanted to burst through that ribbon and claim the completely meaningless 37th place in this coed marathon. Guess what,  multicellular organism? There’s no ribbon for 37th place. This guy is teaching you a valuable lesson in gender equality. If you participate in a gender-non-specific marathon, we’re not going to offer a separate ribbon for the first woman, transgender, or other. You place where you place against the others. One big race to see who is the best. And you placed 37th against the other humans.

Also, what’s he supposed to do? Limbo under the ribbon to give Ms. Joggerpants her satisfactory ribbon breach? If you want to blame someone, blame the blue coat people who put that thing up too early. It would have been difficult to erect that thing in the half second between the guy and the woman, but marathons often come down to seconds. Run faster.

PS- not going to bring up Harvard here. No point. This guy’s progressive indifference to gender norms speaks for itself. I’d expect nothing less from someone wearing the H.