This has been brewing for quite a while and now it’s basically confirmed- Dan Snyder has hijacked the Redskins war room and will be deciding who we are drafting tomorrow tonight. Which means prepare for fireworks.

Now, as far as I can tell, the Skins are zeroed in on Haskins. That’s what every report is.

Dan probably sees it two-fold: we have a need at QB, and he’s a local kid that can be used to sell tickets. Nobody wants to watch the Skins in DC right now. But bringing in a hot-shot QB always changes that. Always.

And to be honest, I like Haskins a lot. We all know first round QBs can be very hit or miss. I mean remember when this was the “toughest call in football”? 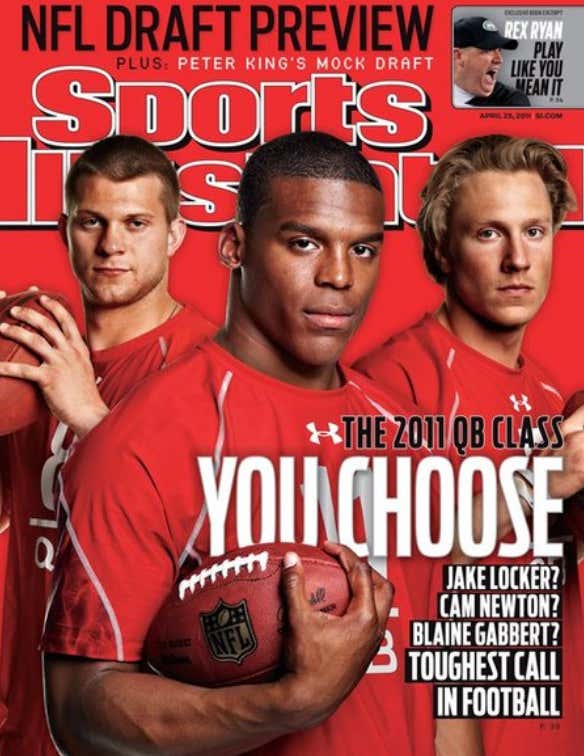 The Skins ain’t going nowhere without a QB. As much as I love Colt, it would be nice to have a young guy in there learning from the GOAT.

But at what cost?

Is Snyder going to trade the farm to move up to take Haskins when we have so many other needs to fill? Imagine if he trades multiple picks and a future 1st to go up to number 3? I can definitely imagine that happening. And all the while, what about trading a 2nd rounder for Rosen? He was the 10th pick in last year’s draft with a year under his belt, and you can still save your first rounder to fill a need.

I think the Skins do come out of the draft with Haskins tomorrow tonight. It just seems like Snyder is dead set on him and will do anything to get him. And that should scare you. My goodness, I’m scared. At least I like Haskins, that eases the pain a little. But boy am I terrified of what Dan Snyder might do tomorrow tonight. 2 decades in and still can’t figure out that the key to running a team is to let football guys make the important decisions. Sigh. Maybe in 2030?