It’s official. After the Blues sent Patrik “Lil Dickey” Laine and the Jets home for the summer on Saturday night in St. Louis, the only question was whether they’d face the Nashville Predators or the Dallas Stars, who held a 3-2 lead at the time. I was split to be honest, as the Stars were the 7 seed and had a much rockier year than the consistently solid Predators, but also were very hot with a stud goalie in Ben Bishop. Well the good news is the NHL Playoff format doesn’t consist of asking me to pick and they settled everything themselves. The Stars closed out the Nashville Predators last night in dramatic fashion. John Klingberg put the nail in the Smashville coffin with this laser beam from the top of the circles after a beautiful pass from Radulov.

So here we go, Blues vs. Stars in Round 2. The matchup has historically been good for the Blues, as the last 3 times they have gone to the Western Conference Final, they have gone through the Stars.

Every series is a whole new beast though, so let’s take a quick dive into the Stars roster. 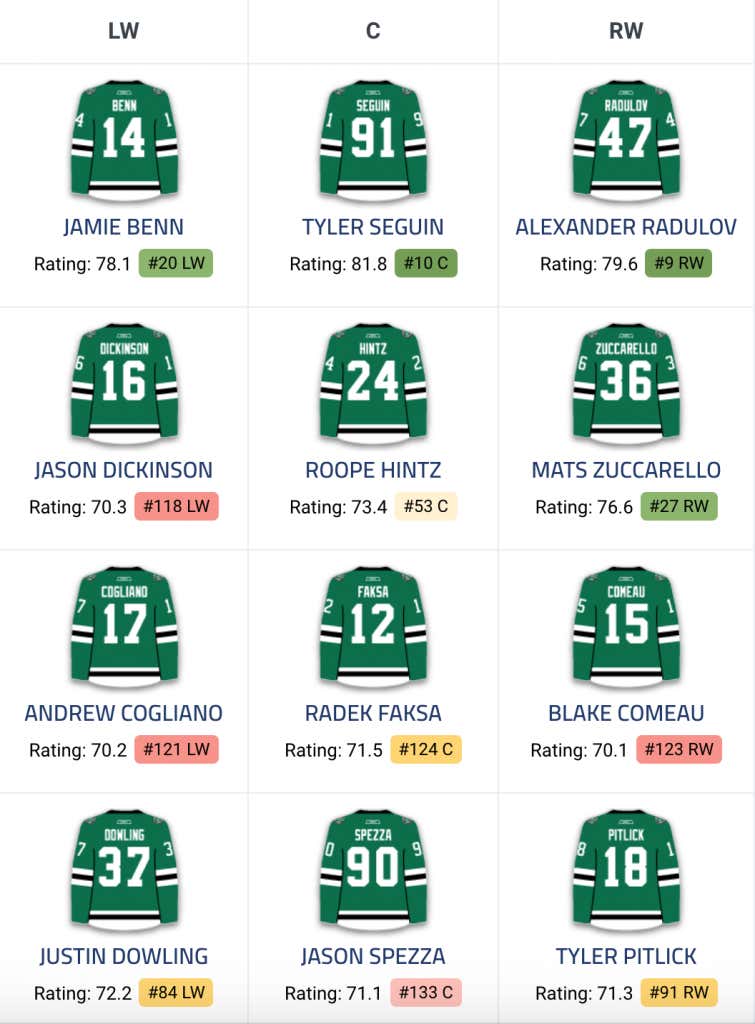 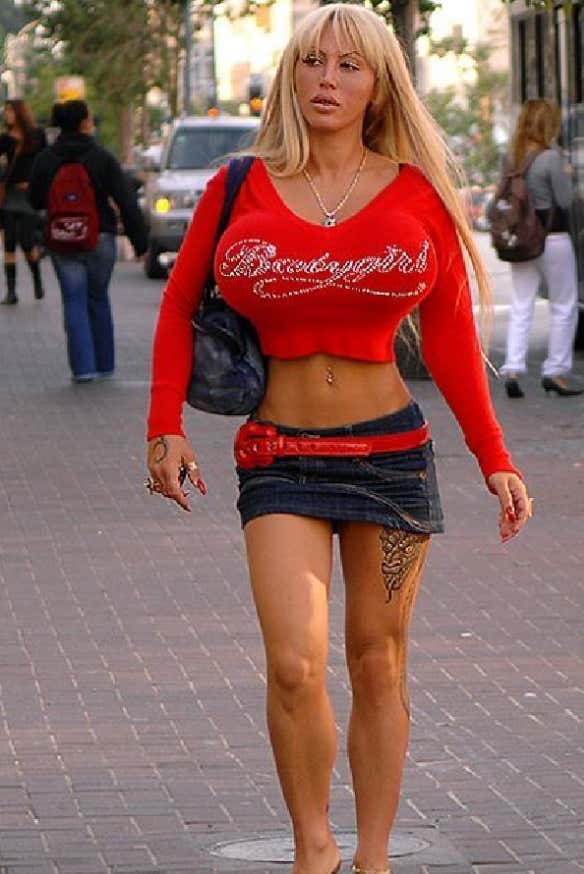 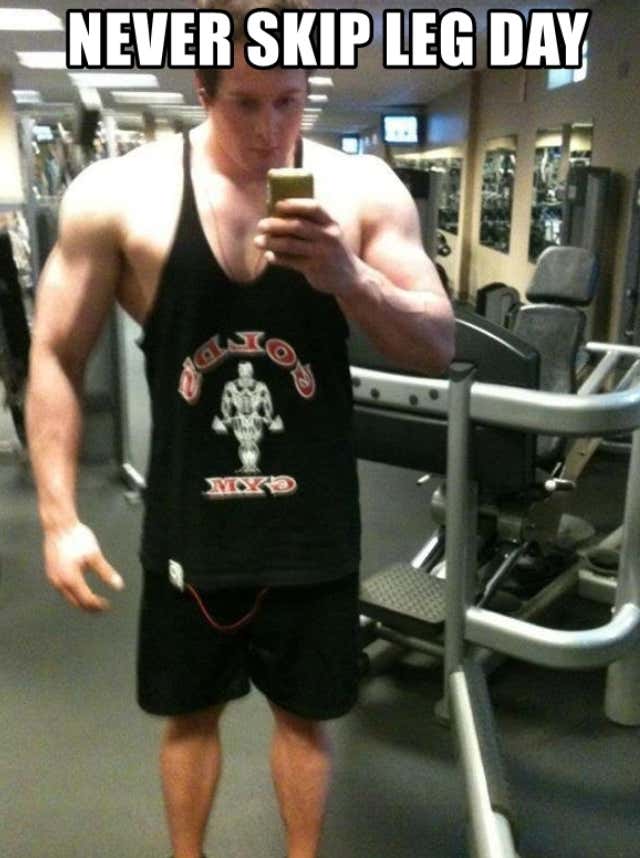 The Dallas forward group is disproportionately driven by the Benn-Seguin-Radulov line. Those 3 names are going to decide the Stars fate forward wise, as they have accounted for 205 points and the next 3 highest scoring forwards have accounted for only 92 points. 3 extremely skilled forwards and 9 other 20-30 point guys. The addition of Mats Zuccarello is big on the PP and gives them more weapons skill wise. This isn’t exactly rocket science but the series may come down to how much the Blues can frustrate the top line. If they can stymie them for the first couple games, it might snowball into them playing anxious and gripping the stick a little tighter. The same way the Blues used to have to deal with Patrick Kane, you never want them to feel comfortable or in a groove. Creative players only get better when they have mojo and the longer the Blues can frustrate these guys and force them to play defense, the better odds they have. I’d love to see Ryan O’Reilly match up against this line and win a trillion faceoffs a night, creating that much more time they don’t have with the puck. 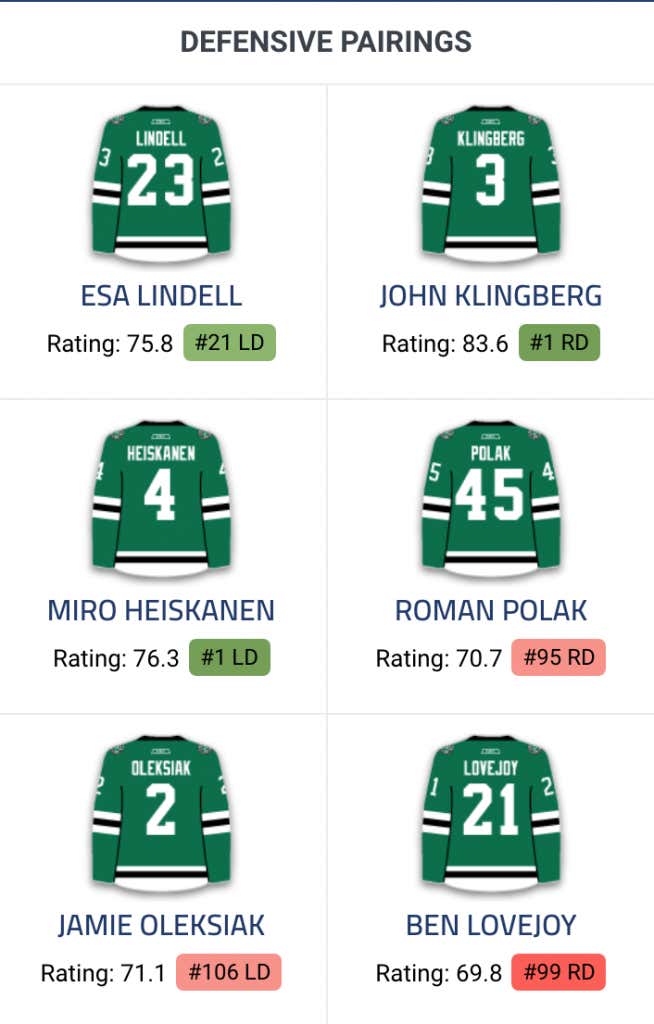 The Stars D-corps is pretty top-heavy at first glance. The Scandanavian trio of Heiskanen-Klingberg-Lindell drives the bus and they supplement it with some meat units on the back half. Longtime Bluenote Roman Polak, Ben Lovejoy, and Jamie Oleksiak aren’t going to win any Norris trophies but they are all heavy and physical. These 3 definitely don’t specialize in putting up points but that’s not their job, they’ll be charged with trying to slow down the Blues skilled guys and staying out of Heiskanen and Klingberg’s way. The obvious hope with slowing down their mobile defenseman is trying to make them pay physically as Klingberg and Heiskanen both are listed around 180 lbs. They’re not easy targets and skilled at evading punishment, but over the course of a 7 game series, if they can be beat on enough you would have to think it would slow them down and limit their effectiveness. The Blues also sport a pretty mobile defensive corps as well with Vince Dunn, Pietrangelo, and Bouwmeester so I think they will be able to match up well with what Dallas has to offer. 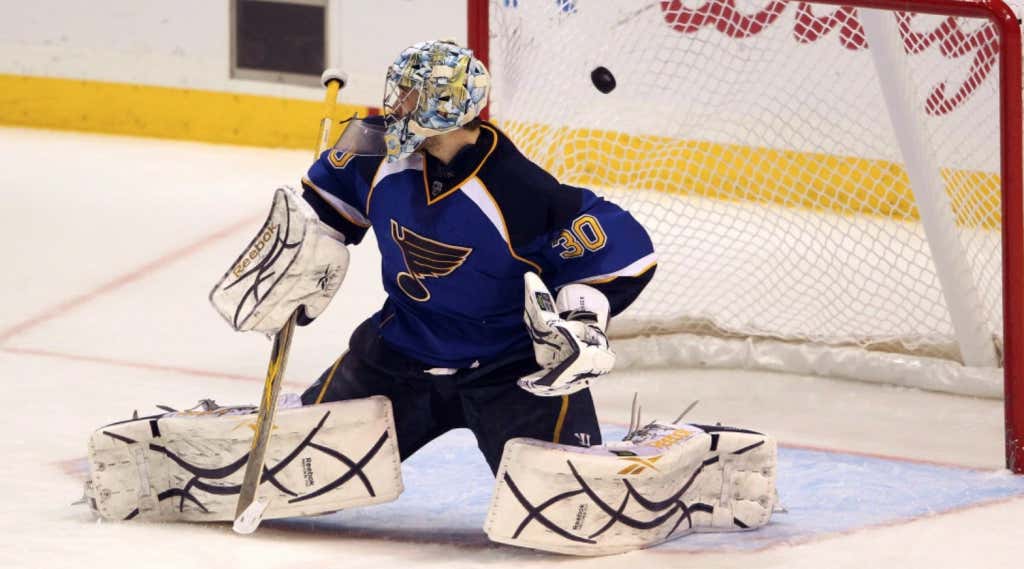 Ben Bishop, former Blues draft pick and Chaminade Red Devil, has been nothing less than outstanding this season. There is a fair chance he comes home with the Vezina this summer and is playing tough as nails right now. In past years, goaltending has been a real problem for the Stars but that doesn’t seem to be the case right now. Fortunately, the Blues have their own stud in net with Jordan Binnington so there’s a chance this turns into an old fashioned Goalie Duel.

The Blues need to get to Bishop early in the series so he can’t build any momentum. Bishop got hot and put together a big shutout streak in March and the Blues have to make sure he knows that the magic has run out right away. If they can poke holes in his armor, the Stars would HAVE to be shitting their pants as they are relying on him HUGE right now. He had 47 saves last night! Some would say that might not be sustainable ¯\_(:/)_/¯.

Do I Look Nervous?