How far would you go to avoid paying an overweight baggage fee?

One woman decided to layer up after being told her suitcase was too heavy.

She wore 9 pounds of clothing on a plane instead of forking over the $85 overweight baggage fee at an airport in England, according to The Sun.

The woman had booked an all-inclusive vacation and did not bring along enough money.

“I didn’t want to be using the little amount I had just so I could get my bag on the plane,” Natalie Wynn told The Sun. “I literally said, ‘I’m not paying it’, and started putting my clothes on…I was boiling, absolutely boiling.”

Once she was on board the flight she took all the layers off before jetting off the Canary Islands, and she joins the ranks of many others who’ve done the same…

From the Independent UK:

Ryan Carney Williams, an artist and designer who goes by the name Ryan Hawaii, wore eight pairs of trousers and 10 shirts for his flight home from Keflavik – all the clothes that wouldn’t fit in his checked luggage.

British Airways staff called over a security guard after Hawaii refused to leave the desk when he was denied a boarding pass.

And back in 2015 a famous young lad claimed to have passed out after getting too toasty while doing the same:

Thankfully he survived and went on to star in Trainspotting 2.

The most impressive of all?

In 2012 a man at Guanzhou Baiyun International Airport in China was told he’d have to pay an additional fee or get rid of some of his luggage before boarding his flight to Nairobi.

Instead, he donned more than 60 shirts and nine pairs of jeans to avoid the extra charges.

However, he was stopped after setting off the gate at security – he had reportedly forgotten to remove items such as electrical chargers and thumb-drives from his many pockets and had to undergo a full body search.

How does one get 60 shirts on? It’s on the internet so it must be true, but I was still skeptical until I saw the Guinness world record is 224 worn at once. 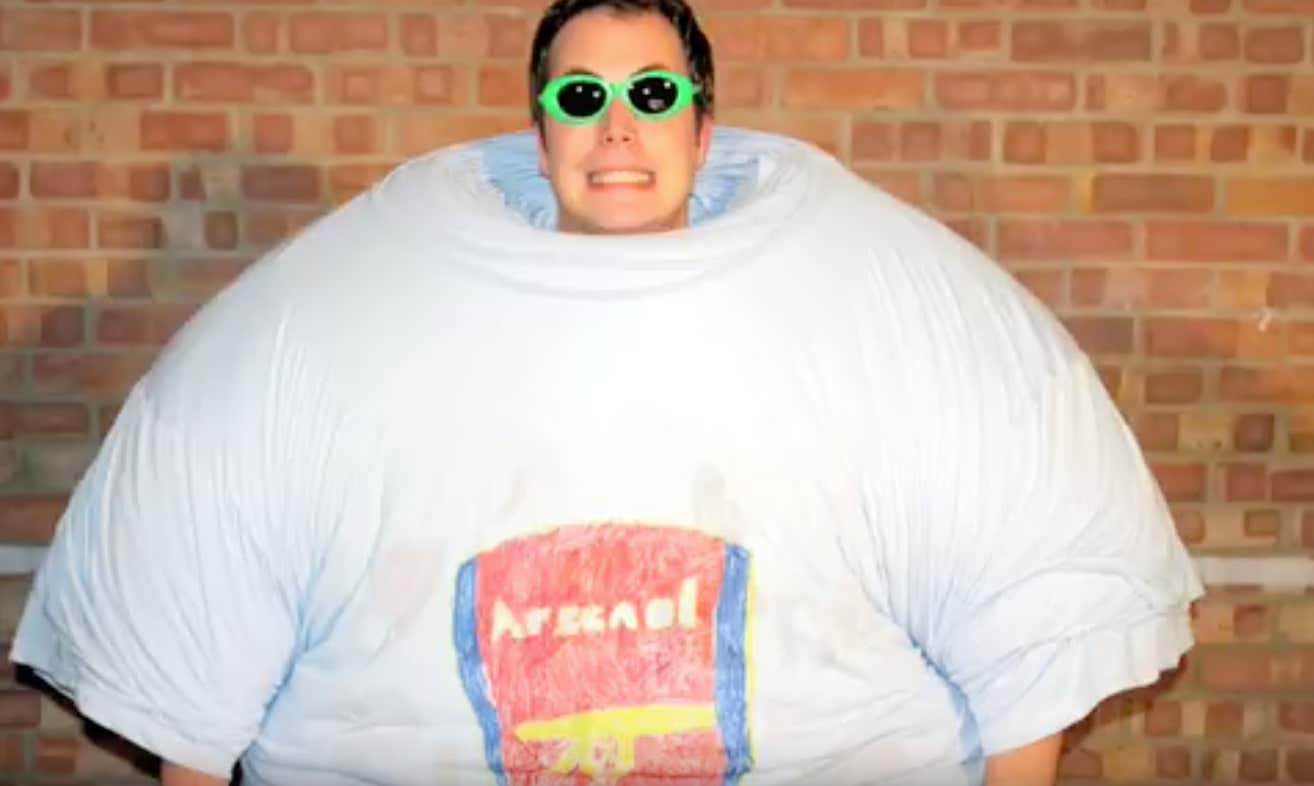 In closing, this lady didn’t layer up, but she did freak out over $20 baggage fees at Memphis International Airport last year… Passenger Tamiko Warner caused thousands of dollars of damage as she ranted & raved, knocked things over, and released a fire extinguisher which flung around the whole boarding area spraying foam.

Part of me gets it. Flights are crazy expensive & they always seem to find ways to screw you over & tack on extra charges. My last flight I checked no luggage, but still had to pay $25 extra each way just to bring one small carry on. Someone needs to develop thin, rollable clothing that’s also somehow ok to wear in public so I can bring a long weekend’s worth of outfits in a small satchel.