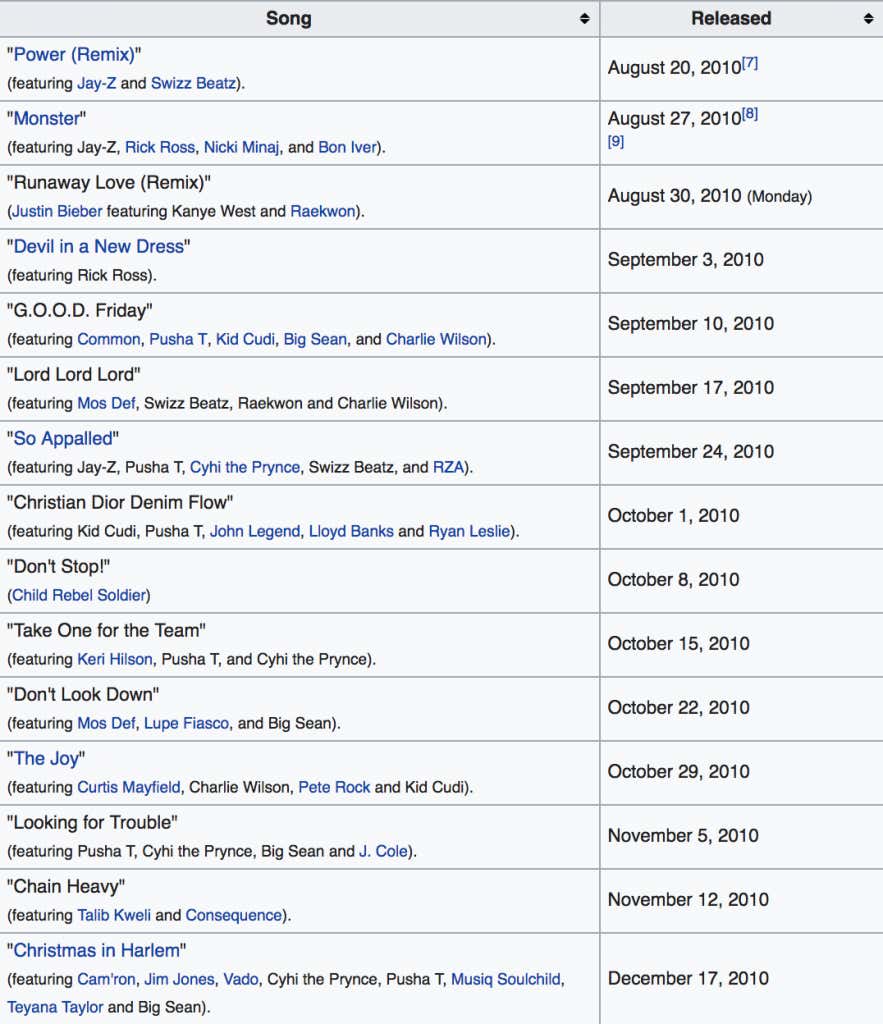 In the fall of 2010 I had just entered my Freshman year of college AKA the best time of your entire life. It just so happened that while I was experiencing the first month or two of college and all of the experiences that come with having complete freedom for the first time in my life, a man named Kanye West decided to start a new franchise called “G.O.O.D. Fridays” in order to stir up interest and feed the fans while he was finishing his magnum opus, My Beautiful Dark Twisted Fantasy. Little did I know at the time, we were living in a renaissance of unreal songs that I’d be listening to for a straight decade to come. They all had to be giant casts with shitloads of artists on them and all seemed like 10 minutes long. There were unforeseen collaborations with Justin Bieber, huge moments of arrival on a national stage for J. Cole, and memorable verses from all of your favorite artists. Every single Friday I remember me and my friends waiting up for one of these to drop. One weekend Kanye even took until 3 or 4 AM to finally put it out, but always delivered. We would play it straight off whatever music blog we found it on and drink as many shitty light beers as our 18 year old stomachs could muster. What a time to be alive.

Here are my top 5 G.O.O.D. Friday tracks, EXCLUDING the songs that ended up making it onto MBDTF.

There was something awesome about being able to guilty-pleasure-sing along with JB while still being cool by listening to a song with Kanye and Raekwon.

The short-lived group of Lupe, Kanye, and Pharrell which we thought might be a gateway to a larger project but never was.

This song is great but the number one takeaway is J Cole going apeshit on the last verse. I was a J. Cole fan from his mixtapes but didn’t know how many other people really loved his music on a huge scale. In 2010 it wasn’t a given that all of your friends had heard of J. Cole.

This to me is probably the quintessential Good Fridays song. Not just because its named that, which certainly doesn’t hurt, but because it was the first one where we really started to figure out what was going on here. Enormous ensemble cast and just a carefree song that was PERFECT to start the weekend with. We kept this in rotation for the rest of the fall as the leadoff hitter for every Friday night pregame.

One of my favorite Kanye West songs of all time. How on Earth this didn’t make MBDTF is a mystery to me, but I am thankful for it nonetheless. One of the best Kid Cudi performances ever.