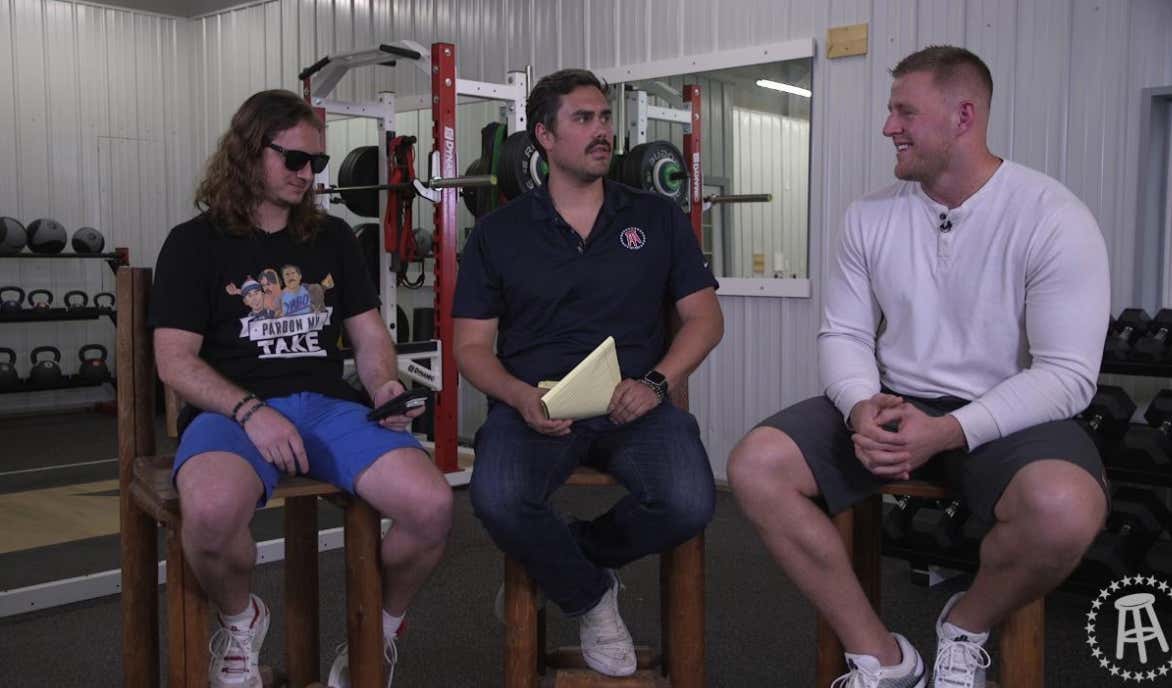 NY POST – J.J. Watt just wanted to give the Wisconsin Badgers graduating seniors a quick, off-the-cuff commencement speech on May 11. But the Big Ten school wasn’t having that.

The Houston Texans star linebacker told ESPN.com on Tuesday that the university wants him to send a speech to them, so they can put it on a teleprompter.

Watt seemed surprised his talk was going to be vetted.

JJ Watt – he’s more like us than we thought.

“That was my full plan. I did not know you that had to write it all out. I’m dead serious. I didn’t know. He was like, ‘They have a teleprompter for you. What do you want on it?’

“I said, ‘Nothing. Just give me a black screen and tell me when to stop talking.’ That was literally my plan. But I found out you have to write some stuff down. So I have about a month to figure it out.”

The same approach we have towards every responsibility ever.  The same approach Dave Portnoy has for every emergency press conference.  Preparation?  No thank you.  Let’s just go up there and see how it turns out.  Was planning on just throwing some Fort Minor on and seeing what comes to mind in the moment.  If it works in a pre-game huddle-up surrounded by jacked up professional football playing men with testosterone oozing out of their eyeballs I think it’ll work just fine with some punk ass college kids.

Because JJ has the most important priority in mind:

“I mean, I have some messages I want to say,” Watt said. “I have some things I want to get across. But let’s be honest: They just want to go drink beer afterwards. They’re excited. I know how commencements go. They just want the person to give a cool message for about five minutes, and then get off the stage.”

Did I want to sit in the pouring rain listening to Vicente Fox stammer through “BE A LI-DER!” for 45 minutes after ceremoniously falling asleep on stage? I did not. I wanted to drink beer.

Loving the new era of Watt self-awareness.  The PMT Effect.