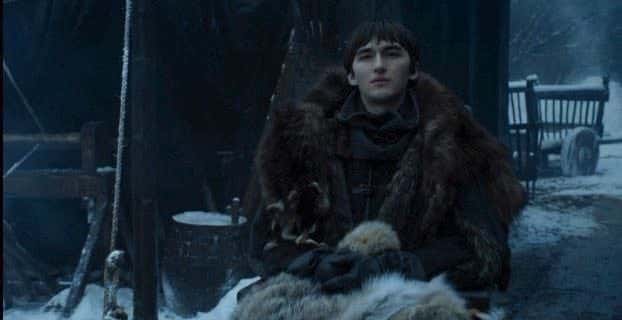 Obviously there are going to be some spoilers in here. Not many, but some. However, I highly doubt anybody would click on this blog anyway if they hadn’t already watched last night’s episode so this was a pretty pointless Spoiler Warning. Either way, I like to be courteous like that.

So last night’s season premier of Thrones was obviously a little slow/anti-climatic. Which sucks considering it was almost a 2-year wait just for a bunch of shit that we already know finally getting explained to the characters. But it makes sense considering there are still a ton of storylines that need to get built up. And the biggest storyline of all is that Bran Stark is the biggest goddamn lurker in all of the Seven Kingdoms and he’s just constantly waiting around to ruin peoples’ day.

Forget the dragons. Forget the Night King. Forget Gregor Clegane’s disgusting, mangled up face. The most terrifying sight that anybody in Westeros can see right now is this little fucking creeper just camping out behind them, waiting for them to turn around so he can fuck them up with a bit of knowledge.

Bran Stark is that guy who you are constantly trying to avoid at a party. But then right as you’re grabbing another drink, you turn around and there he is. You know right then and there that he has you cornered. You’re trapped. This conversation could go on for HOURS if you don’t find somebody else to pawn him off onto. And it’s never an enjoyable conversation. It’s just this pretentious bastard acting like he’s so much smarter than everybody else in the room. The kind of guy who shows up to the party just to tell everybody there how much he hates parties. And then informs them that they’ve been sleeping with a relative or some shit like that. Or even worse, tells one of the biggest secrets in the world to somebody else and then forces that person to then pass that secret on to others.

I mean what a dick move, right? Poor Sam just found out his family is dead and they were killed at the hands of the new Queen. That’s some heavy shit to swallow right there. And just as he’s mourning the loss of his brother, Bran decides to throw that shit on his plate? That he needs to be the one to tell Jon that they sexy dragon lady he’s been taking to PlowTown is actually his relative? And that he’s not Ned Stark’s son? Bran…buddy…c’mon, man. Couldn’t that wait until tomorrow?

All I’m saying is that he’s just kind of a prick, ya know? He’s pretty much just checking into everybody’s browser history, knows all of their secrets, and is now just lurking around telling everybody about it. I get that the world is about to be taken over by a bunch of zombies and he needs to act quickly. But you could still be a little more courteous about it.