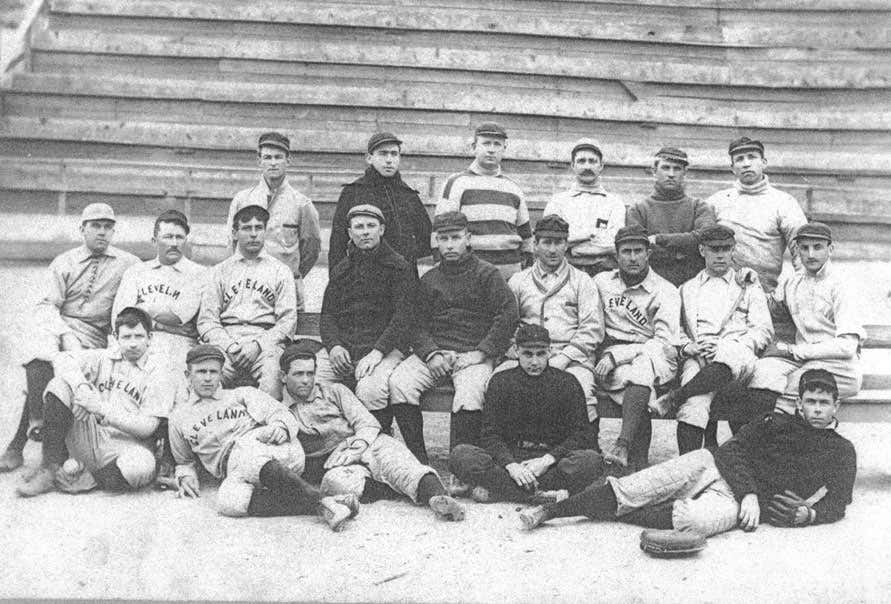 The National League was at a state of flux as the 19th Century came to an end. The league which had ballooned to 12 teams was preparing to pare down to eight teams. This would later open the door for the creation of the American League. Anticipating the coming contraction several owners brought second teams creating super teams while leaving the other franchise to wilt. This happened with six different NL teams as the most players from the Louisville Colonels ended up with the Pittsburgh Pirates, including Honus Wagner. The Baltimore Orioles who had been the top team in the National League a few years earlier saw most of their top stars become members of the Brooklyn Superbas, and the Cleveland Spiders saw their top players led by Cy Young become members of the St. Louis Perfectos.

The outright collusion of owners holding two teams was damaging to the integrity of the game, as the Cleveland Plain Dealer ran a headline stating, “The Farce Begins” when covering the Spiders opening day loss to St. Louis. As the 1899 season wore on it was clear the four teams that would be subtracted from the National League would be the Louisville Colonels, the Baltimore Orioles, the Washington Senators, and Cleveland Spiders.

With the Robisons taking all the best players to St. Louis, and the Spiders on the verge of contraction, the team became a less than competitive as players knowing the team had no future stayed away. Fans also stayed away, as they averaged less than 200 fans per game. After losing seven of eight in April, Cleveland posted a 7-19 record in May and a 3-22 record in June. Come July 1st, the National League decided to pull the plug, making the Spiders play the rest of the season on the road. This made things even worse as the losses continued to mount as they went 4-26 in July and again in August. As August came to an end the Spider already had 100 losses, sitting at 19-100. As August turned into September, the Spiders downward spiral saw them lose 24 straight, setting a new major league record. The Spiders losing streak ended with a 5-4 win over the Washington Senators in the first game of a doubleheader. It would be the Spiders final win, as they closed the season losing their last 16.

When the dust settled the Cleveland Spiders of 1899 were the worst team in the history of baseball, posting a surreal record of 20-134 finishing 84 games behind the first place Brooklyn Superbas. This included losses in 40 of their last 41 and 55 of their last 58 games. The average score of a Spiders game saw them outscored 8.1-3.4, as they were outscored more than 2-1 for the season. The team ranked last in hitting with a .253 average and last in pitching with a 6.37 ERA. Neither manager Lave Cross, who managed the team the first 38 games or Joe Quinn would get another managerial job in Major League Baseball. The same would hold true for most of the roster, which was beyond substandard.