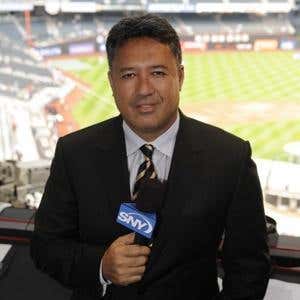 MLB- Mets broadcaster Ron Darling is taking a leave of absence from the SNY broadcast booth due to a medical issue. Darling announced during Saturday night’s broadcast that a series of tests revealed a large mass in his chest, which he will undergo surgery to have removed in an operation next week. Saturday will be his last game in the SNY booth until May.

“Doctors have told me if there are no complications I should be back on air talking baseball sometime next month,” Darling said.

Shit man, this really sucks. I imagine most baseball fans feel like their home announcers are almost family members since you invite them into your living room 100+ times a year and Mets fans are no different. There are a lot of times where the team, the front office, or the owners do something embarrassing that makes it tough to be a Mets fan. But one thing we have been able to hang out hats on is that we have one of the (if not the) best broadcasting teams in the Majors. For all the dumb shit like the Wilpons refusing to spend money or the team batting out of order or Mr. Met flipping off the fans, the one group of words that can make Mets fans smile all year long is “Gary, Keith, and Ron”. Knowing that you will get some combination of those guys is sometimes the only reason to tune into a Mets games when those meaningful September games aren’t happening. To just have Ronnie ripped away from us out of the blue is awful. Hopefully the doctors take care of this issue and Ronnie makes a quick recovery while Todd Zeile holds down the fort as the third man in the booth.

Get better Ron and we hope to see you in May.