I have not stopped watching this play since it popped up on my timeline. I’m mesmerized. I mean Machado fielded that ball in the 3rd base dugout. He wasn’t even facing the field when he let go of that ball. And what happened? He threw a perfectly strike to first and got the runner out by easily 5 feet. The play wasn’t CLOSE!! That’s one of the best defensive plays you will ever see and if it gets topped it’ll be by Machado himself or Nolan Arenado. I didn’t realize John C. Reilly was calling baseball games these days but him screaming “Come on!” was fantastic. Adam Warren’s reaction summed it up best. 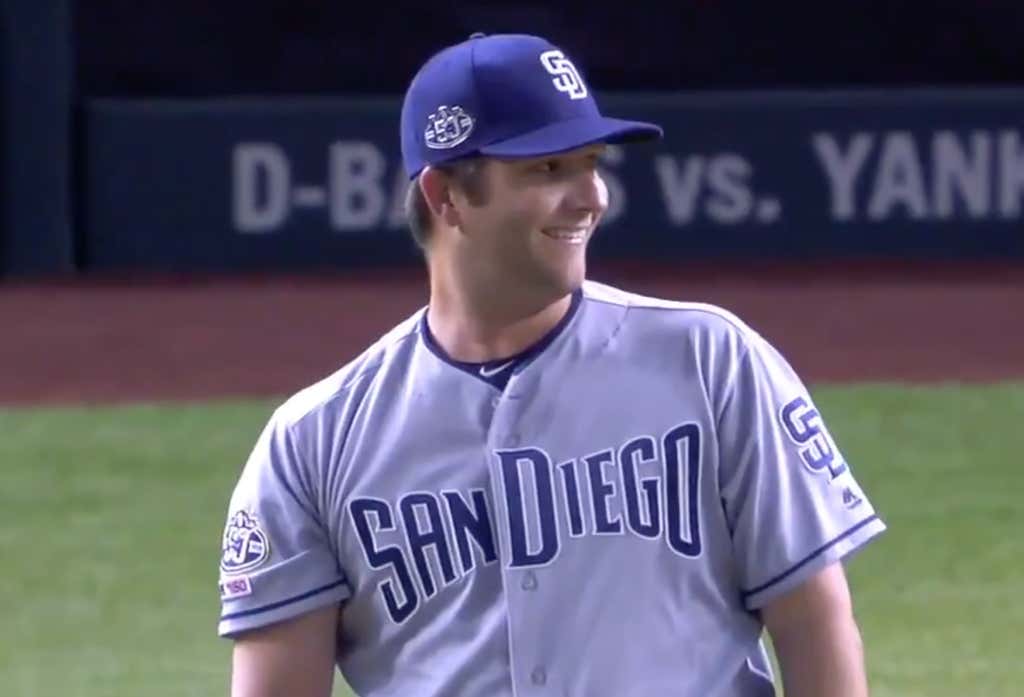 If any other third baseman aside from Arenado or Chapman attempts that play, the runner is on second because the ball went into the stands. Hosmer didn’t have to move his glove. I’m sitting here in bed absolutely flabbergasted. You talk shit about how he’s a dirty player whatever, but he makes shit like this look effortless. You deal with the dirty stuff when you know he has this in his bag. He’s also homered in this game I might add. I’m in the minority I guess, but I love everything about Machado.

Am I blogging this through tears as I dream of what could have been if the Yankees offered him real money? Yeah, maybe I am. Am I sitting here with Gio Urshela as my current third baseman? Yeah, maybe. There is an alternate reality where Manny is a Yankee and in that one the Yankees are 13-0 with no injuries and I’m the happiest guy on Earth. Instead the Padres are in first, Manny has four homers, and is making plays that Ozzie Smith would even refuse to believe.

I’m not mad though.

P.S. I got a little ahead of myself. This will always be number 1.