Eight weeks. It took eight weeks for the prosecutors in that corrupt political cesspool of Palm Beach County to admit that they have zero evidence that there was human trafficking going on at the once thriving Orchids of Asia Day Spa. Not some evidence. Not a little. Not that – to borrow a phrase – it’s more probable than not Mr. Kraft was at least generally aware human trafficking was going on there. They have NO evidence.

Fat lot of good it does him. I don’t suspect we’re going to get a press conference out of Martin County Sheriff/Grandstander-in-Chief William D. Snyder announcing that there was no trafficking in that investigation he was not involved in that his people wouldn’t discuss with me. So the damage is done. Like the lawyers love to say, you can’t unring this bell:

The thing is, as I monitor every single report coming out of that courtroom, no one besides Michelle Steele in this one Tweet is even mentioning it. Every headline is about how the Krafts’ lawyers are trying to suppress the video and the prosecution, with the help of every disrespectable media outlet in the world, is pleading with the judge to let them release it.

Why? To stop human trafficking? Obviously not, since they were finally forced to admit there was none. That the middle aged women who graciously serviced their loyal client like the professionals they are did so because it’s their jobs. Their calling. And also their pleasure. Their vocation and their avocation. Like they say, if you love what you do, you never have to work a day in your life.

But now I’m burying the lede. The point – the only, only point – is that the law enforcement which is still trying to persecute this business mogul/philanthropist/empire builder is doing so for reasons that have NOTHING WHATSOEVER TO DO WITH HUMAN TRAFFICKING.

It’s about pandering for votes. It’s about covering up the man scandals in their own departments. It might be because Mr. Kraft is a friend of the President’s or because he got Meek Mill released from prison or just because they love to see a 77-year-old man orgasm. But it’s not now nor was it ever about sex slavery.

In the words of Michael Corleone, I hope they will have the decency to clear his name with the same publicity with which they now have besmirched it. 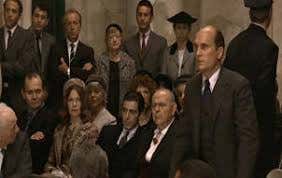 This department owes our team owner an apology! It owes him an apology!

But I’m not holding my breath. Eight weeks ago they shouted “HUMAN TRAFFICKING!!!” through a megaphone and the world bought it. Now that they admit they were lying, it doesn’t make a headline.

Now, more than ever #FreeKraft