Awesome comeback, but that was all she wrote for Denver and maybe for Ian Mitchell’s college career. If you’re a Hawks fan you hope it was the end of Mitchell’s career because the faster he signs, the faster he can get to the NHL and the faster he can help Toews and Kane by being one of the anchors on the blue line. You know who was there to see him last night? None other than Stan Bowman 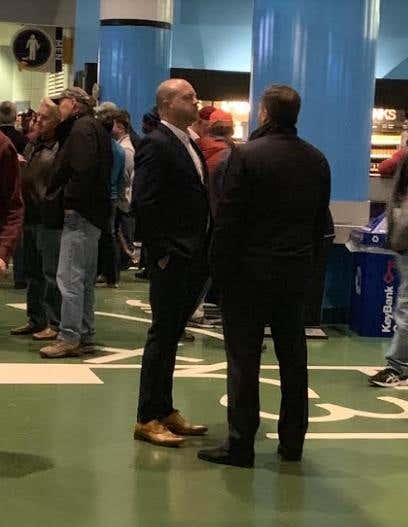 Local press has said that Mitchell will sign after his season. I was told by someone close to the Denver Hockey program that he won’t sign and I am officially nervous. I believe Mitchell will end up being the best and most complete defenseman of the Jokiharju-Beaudin-Boqvist group. Signing Mitchell is the first start towards having a successful summer even if he doesn’t play a game in the NHL next year. The future is now and the clock is ticking.