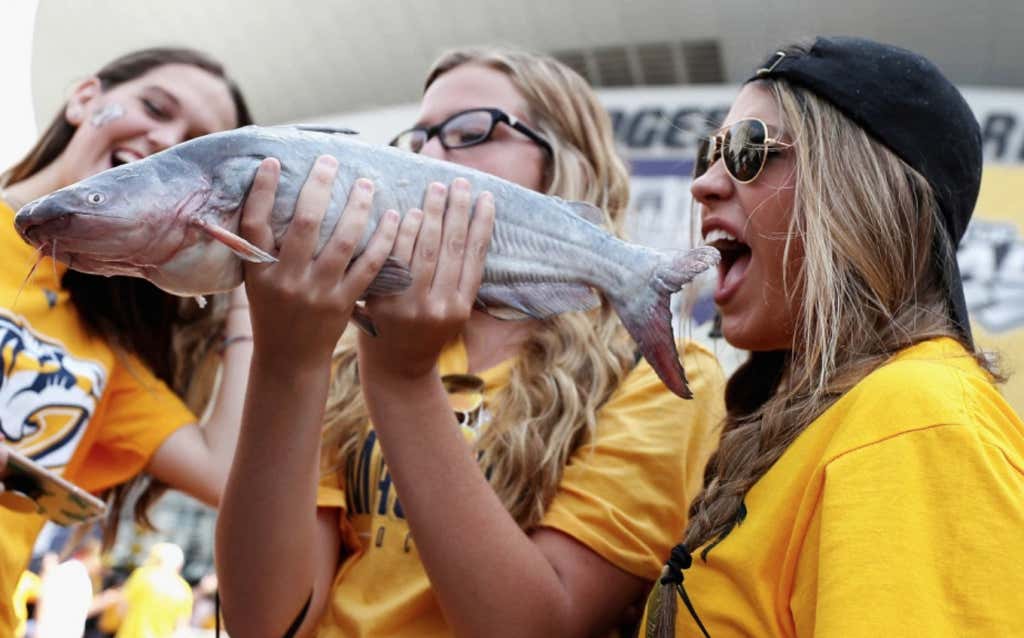 “PETA is proposing that Nashville Predators fans who bring catfish to games to be fined $5,000 and receive a lifelong ban.

Throwing catfish on the ice during hockey games has become a tradition among Preds fans. Last year, there was even a tank placed at Bridgestone Arena that holds four fish.

Now, the animal advocacy group wants Preds fans to be checked for concealed catfish at the gate. If a fan is found to be in possession of a catfish, PETA is proposing that the fan should be immediately ejected, receive a lifelong ban on attending games and fined $5,000 for attempting to bring these animals into the arena.” 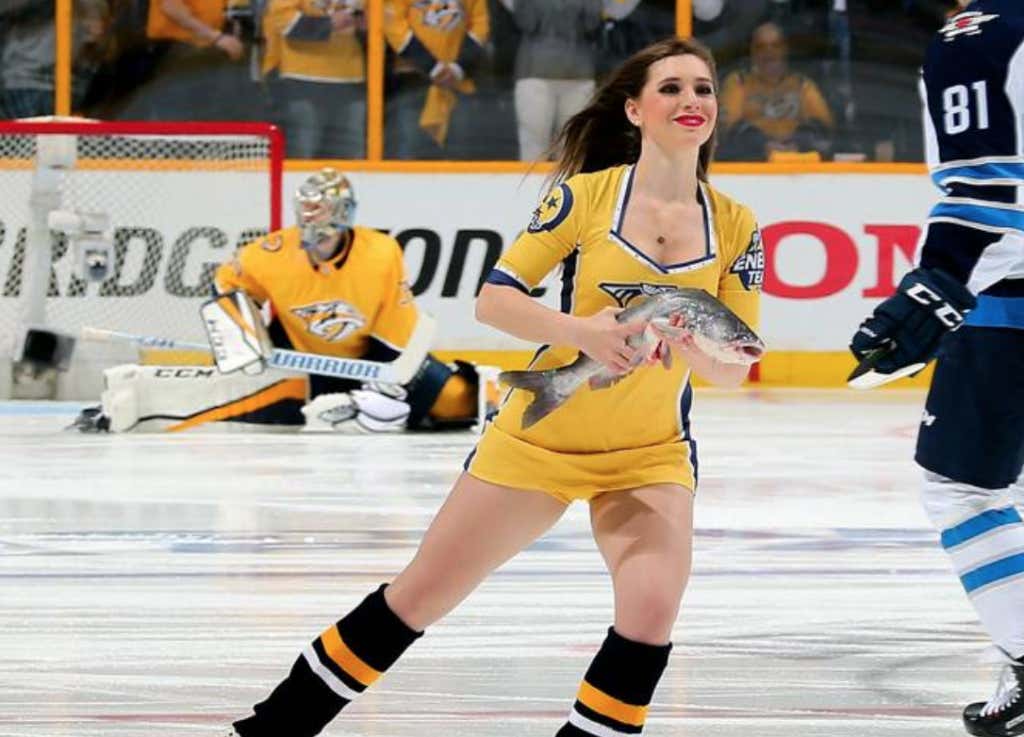 Another day, another complaint from PETA! I have to give it to them they know how to keep their name in the news. Being angry at people throwing dead catfish on the ice during playoff hockey games? Sounds like a cause ripe for our vegan friends alright. This has been going on since 1999 when Preds fans wanted to find an answer for the Detroit Red Wings throwing Octopi on the ice when they scored, and now it is a tradition that everybody’s getting involved in. Titans players got involved last year.

Judging by the crowd’s reaction, I don’t think we’ll be seeing a ton of support for this lifetime ban proposal any time soon. Matter of fact, while doing this blog I realized that there are surprisingly a LOT of pictures of cute girls kissing Catfish or holding them smiling lovingly at Predators games… maybe they don’t have it so bad after all. I wonder if PETA has seen these pics 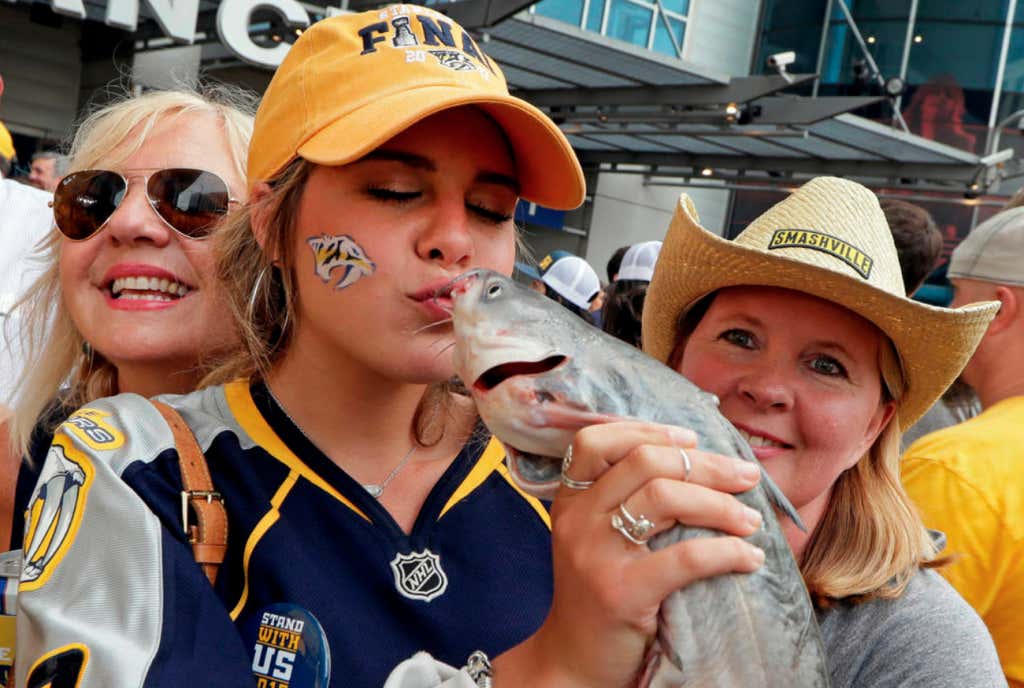 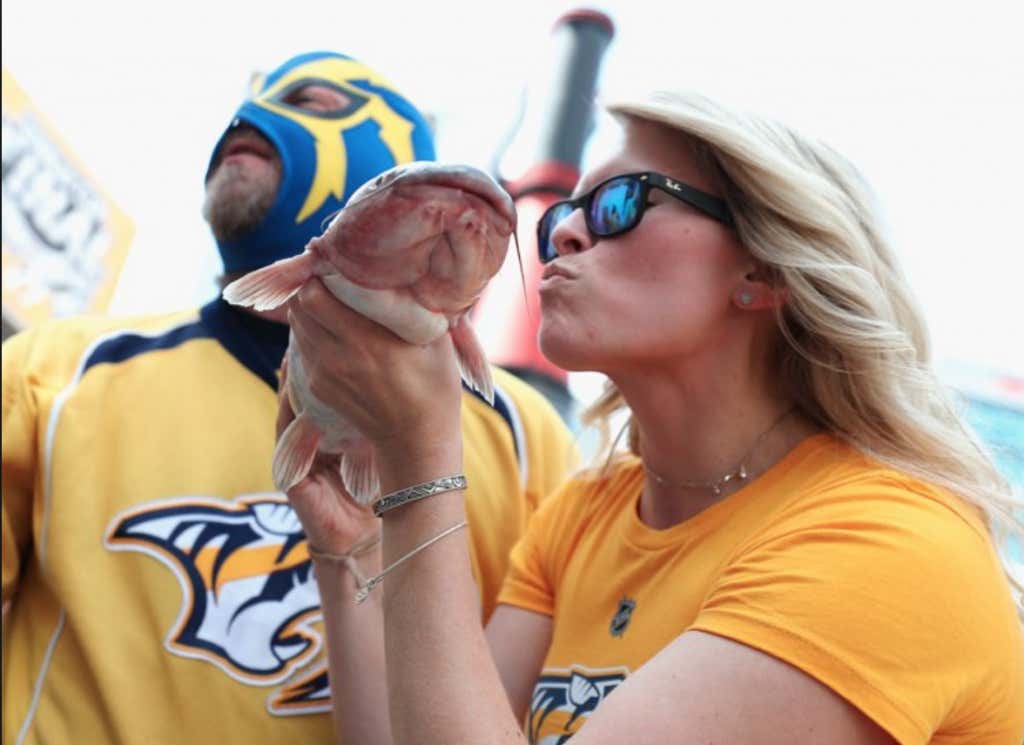 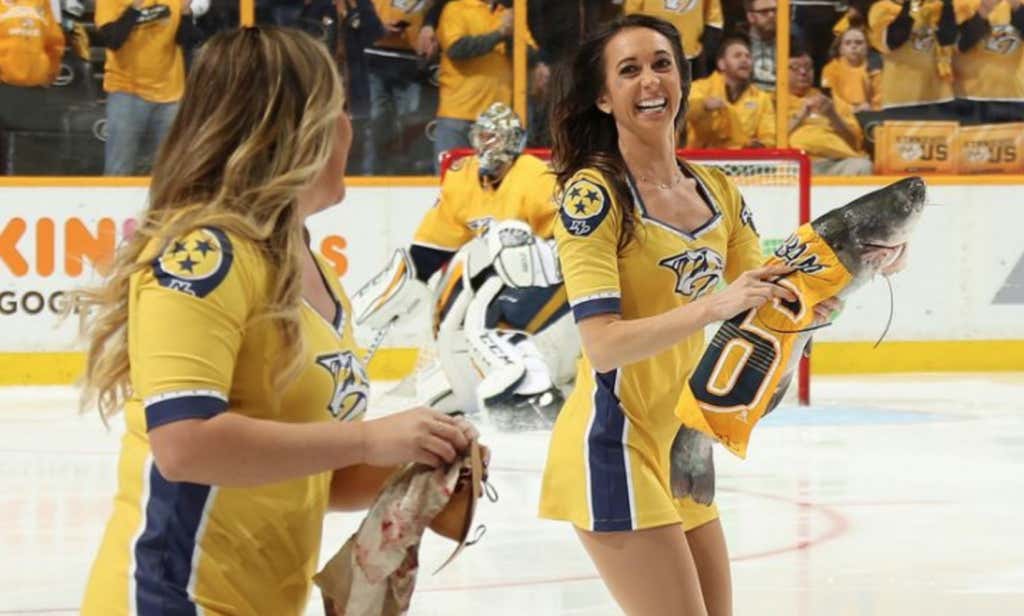 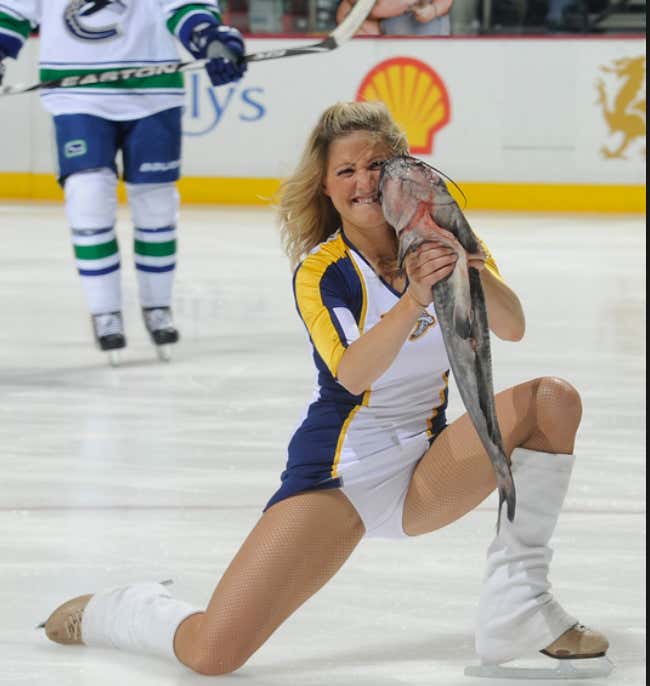 Look at those beloved ass catfish! The Preds even put a fish tank in the arena to house Catfish! Its clear as day, these people love these things PETA!

At least we know what Steven Adams would have to say about this law proposal? There will be no bans at Thunder games.