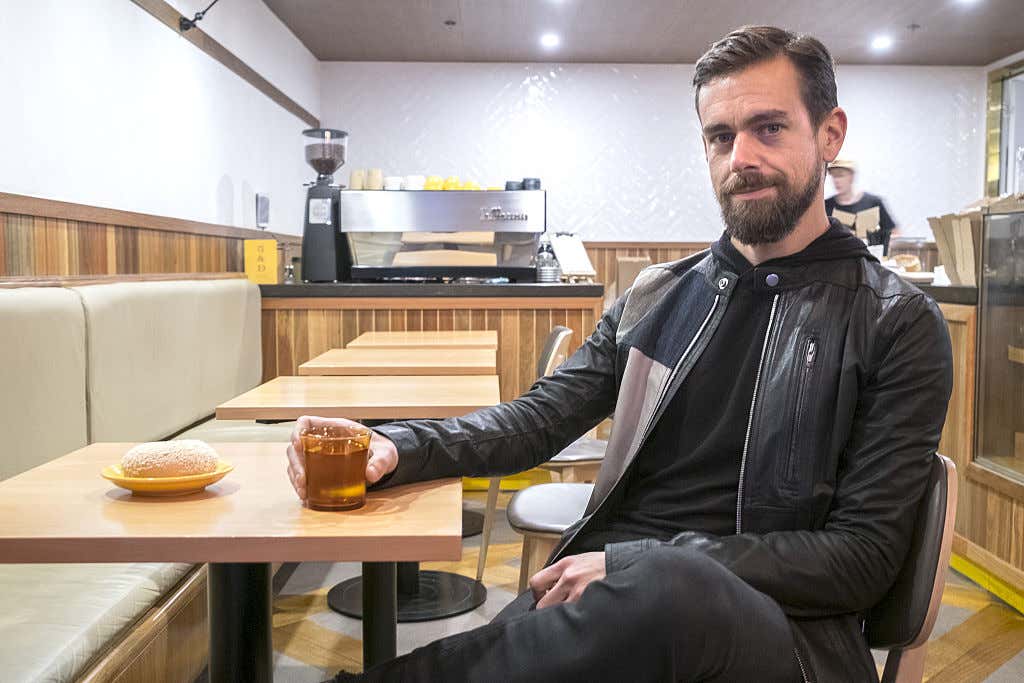 CNBC – The ancient philosophy of Stoicism – which teaches to be satisfied with what you have and includes practices like self-denial — has become a trend among Silicon Valley elites. But perhaps no one is more devoted than 42-year-old billionaire Jack Dorsey, CEO of Twitter and Square.

Dorsey tweets about his various Stoic endeavors, for which he is often derided: When he went on a 10-day meditation retreat in Myanmar for his birthday in 2018, he was blasted for being blind to the human rights atrocities occurring there. He’s also been criticized for promoting questionable eating habits, like intermittent fasting.

But Dorsey says he needs to be “performant” and “clear” to effectively run two companies. So to maximize his capacity, he constantly evolves his habits, he says on the Ben Greenfield Fitness: Diet, Fat Loss and Performance podcast. Here’s what Dorsey says he does.

I was reading this interview with Twitter CEO Jack Dorsey walking us through his day and I realized hey, this is a lot like my average day.  Sure there are some differences – I spent my last birthday at a bar, not a war-torn country known for its rampant human rights violations – and some others which I’ll get into below.  But all in all I kind of feel like we are two very similar people with how we approach our daily lives.

Here are his and my 11 “wellness” tips for how you too can live your best life:

“The biggest impact” to his mental health is meditation, Dorsey tells Greenfield, adding that he has been practicing for 20 years.

Dorsey says he aims to meditate one hour in the morning and at night: “I’ve more or less kept up the practice of two hours … a day,” but “if you can just get 10 minutes, and sometimes that’s all I can find, that’s what I do.”

I’ve actually been trying to get into meditation.  It’s supposed to be so good for you.  I mean like normal-people meditating with Headspace or some shit, not what this guy does:

Unfortunately I’m not a billionaire who can do whatever I want at my company so I don’t really have 2 hours per day that I can spare being off my phone and computer and disconnected from the world completely.  Maybe like, 5-10 minutes when Dave’s in Radio?  We’ll get there.  I’ll be staring at a wall for 10 days in the middle of a civil war in no time.

For two years, rain or shine, Dorsey says he has walked the five miles from his home to his office in one hour and 15 minutes.

“I might look a little bit more like I’m jogging than I’m walking,” Dorsey says. “It’s refreshing … It’s just this one of those take-back moments where you’re like, ‘Wow, I’m alive!’”

About six months ago, Dorsey decided he needs “a little bit more space to think” so now he works from home on Tuesdays and Thursdays.

I live an 8 minute walk from work and take a 12 minute Uber back and forth each day.

When Dorsey doesn’t walk to work, he does high-intensity intervals on an exercise bike and seven-minute workouts via the app Seven.

“I don’t have a personal trainer. I don’t go to a gym,” Dorsey tells Greenfield.

Is this a thing?  Does this work?  SEVEN minute workouts?  I mean that can’t actually do anything.  Does it?

This could be a game changer.  The whole reason I don’t go to the gym is because I don’t want to go to the gym or work out and have relatively little interest in making any sort of effort whatsoever to be healthy.

One time I moved across the street from the big ass Equinox on the UWS and got drunk one night and bought a year long membership thinking if I paid for that I would HAVE to go.  It didn’t work, I went 13 times total and they wouldn’t let me out of my contract.  Think it came out to like $255 per workout.

Three years ago, Dorsey started using saunas and ice baths in the evening. First he sits in his barrel sauna (set at 220 degrees) for 15 minutes, then hops into an ice bath (37 degrees) for three minutes. He repeats the process three times, finishing with one minute in the ice bath.

More recently, Dorsey bought a small SaunaSpace tent that uses near-infrared bulbs, which Dorsey says help him sweat more than he would in a dry sauna, even at a much lower temperature.

First thing I do when I get home is strip down and hop in the barrel sauna in my living room.  I have this one (with a vista window wall in the back obviously, I’m not poor): 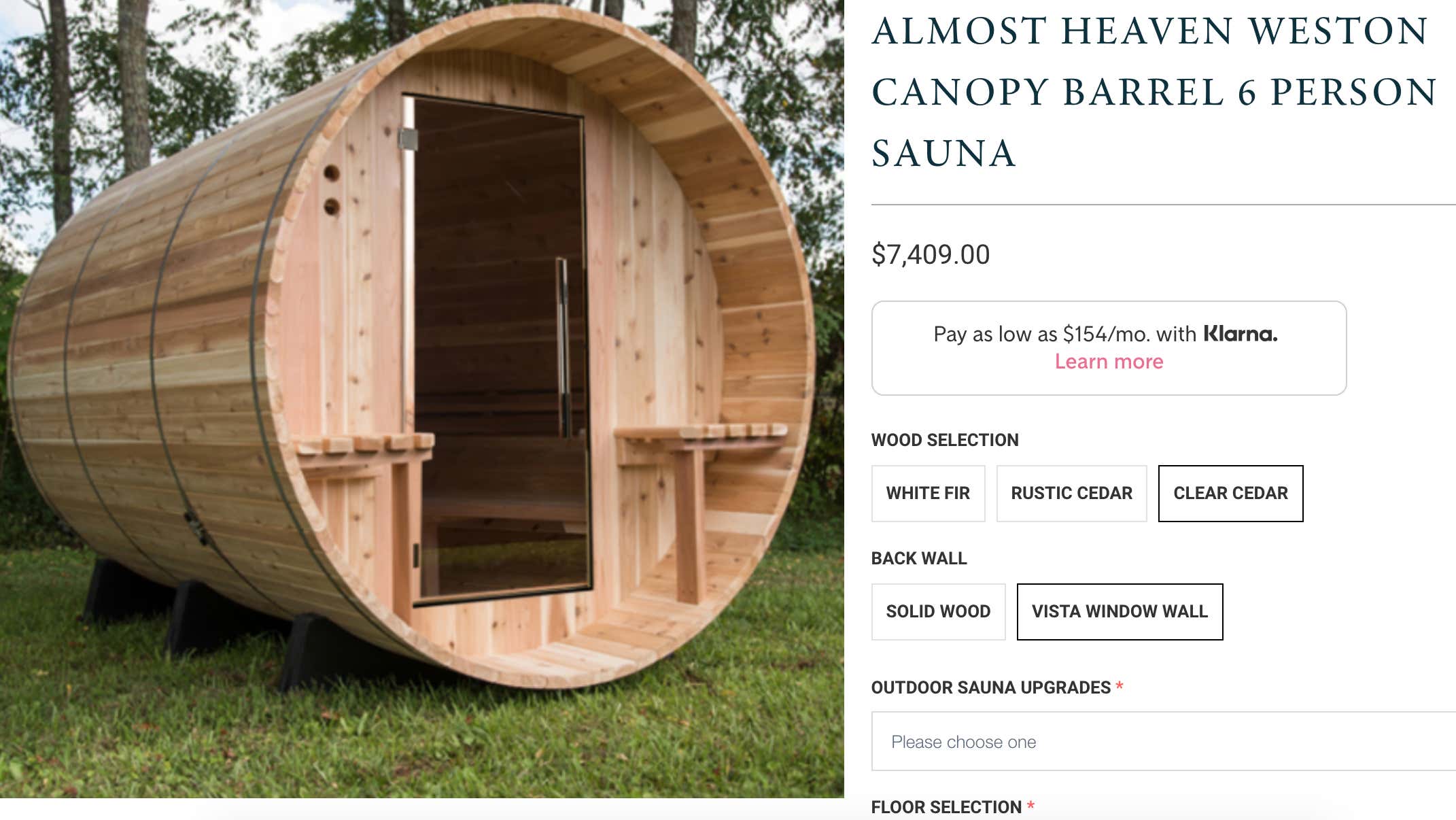 Takes up a lot of space but the cedar is nice so it serves as kind of a decorative piece when it’s not in use.

My SaunaSpace Luminati infrared tent isn’t as eye pleasing unfortunately so I keep that one stored in the 3rd living room. 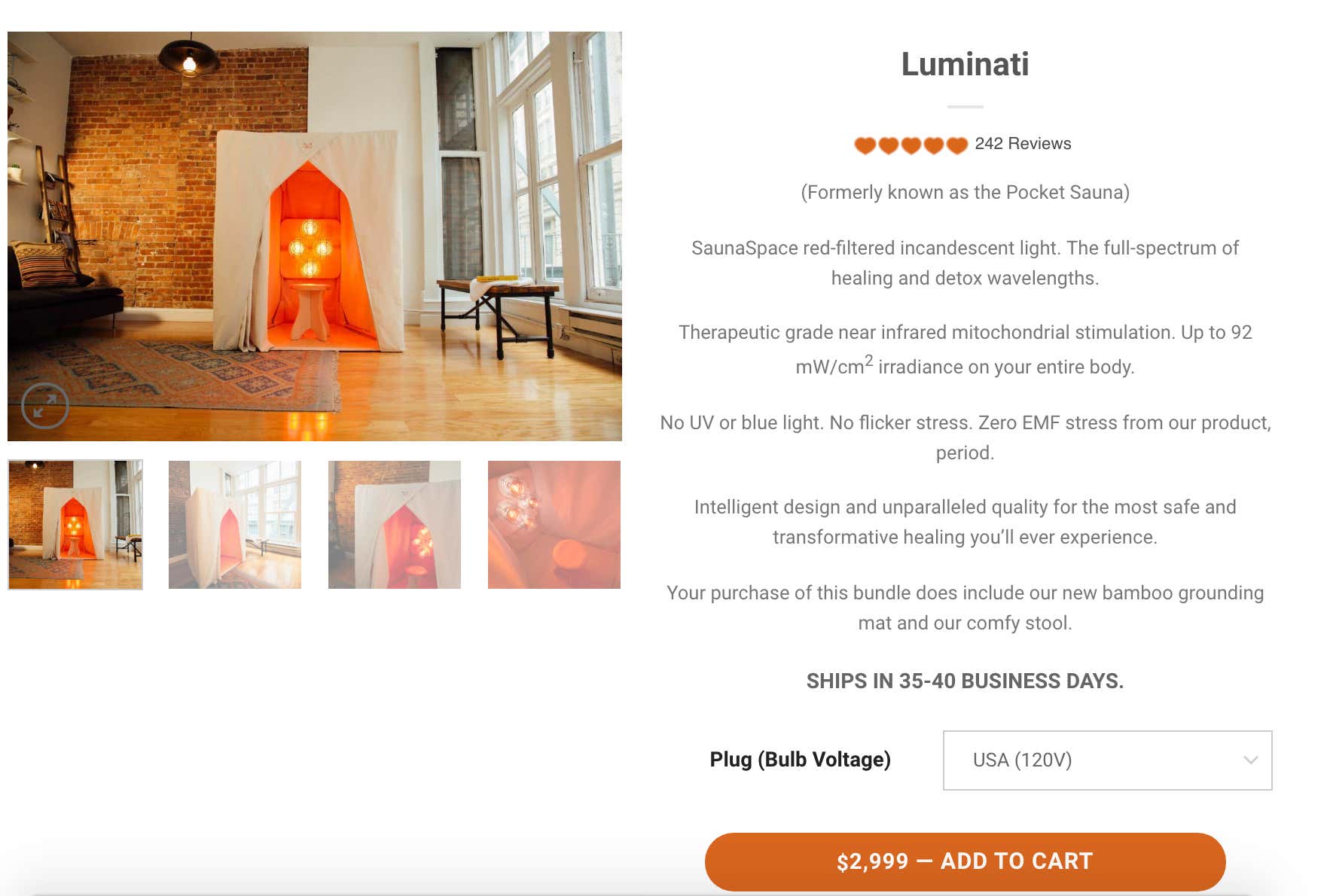 5. Using a standing desk with a near-infrared bulb

Dorsey also has a single near-infrared bulb from SuanaSpace near the standing desk in his home office.

“When I do work, I just flip that on,” Dorsey says. Dorsey does not specifically say why he puts on the near-infrared bulb near his standing desk, but according to SaunaSpace, near-infrared light promotes cellular regeneration and anti-aging, and prevents injuries and illnesses.

Jack and I differ on this one.  One of the 2nd floor nerds got a standing desk and got laughed at and bullied so mercilessly he went home in tears every day.  That’s not part of my 2-hours-a-day meditation mental health plan.

Also I don’t think our lightbulbs in here are infrared.  I think they’re the ones that the CIA puts in their black sites to place terrorists under.  You basically have to put a beach towel on your chair to avoid the embarrassing butt sweat marks.

6. Starting the day with an ice-cold bath

“Nothing has given me more mental confidence than being able to go straight from room temperature into the cold,” Dorsey says. ”[E]specially in the morning, going into an ice-cold tub from just being warm in bed is — it just unlocks this thing in my mind and I feel like if I can will myself to do that thing that seems so small but hurts so much, I can do nearly anything.”

Each night before bed I make 450 ice cube trays so that when I arise with the sun I can go straight to the freezer, grab them and put them in my bathtub to dunk my entire body in.  It’s exhilarating wondering if I’ll die from shock or not.  I like to start all my days with my penis as tiny as possible.

I know it sounds miserable, but it’s the best way to keep my joints from getting inflamed after those long days of sitting in a computer chair, an Uber seat, and a couch.

“The only supplements I take are daily multivitamin and vitamin C, a lot of vitamin C,” Dorsey says.

My immune system is weak and I’m terrified of getting sick so if I’m not currently eating a VitaminC gummy I’m railing lines of Emergen-C at my desk.  The deviated septum is worth not getting colds.

8. Eating one meal per weekday

Dorsey only eats dinner. Sometime between 6:30 p.m. and 9 p.m. he has a meal of fish, chicken, or steak with a salad, spinach, asparagus or Brussels sprouts. He has mixed berries or some dark chocolate for dessert and also sometimes drinks red wine.

The first two weeks of eating only one meal per day were hard for Dorsey, he says, but he’s noticed changes.

“During the day, I feel so much more focused. … You have this very focused point of mind in terms of this drive,” Dorsey says. And ”[c]ertainly, the time back from breakfast and lunch allowed me to focus more on what my day is,” he says.

He also says he sleeps better: “I can go to bed and actually knock out in 10 minutes, if not sooner than that. It really changed how quickly I felt asleep and more so how deep I felt I was sleeping.”

Money may be more comfortable now but that’s a move that the old poor me knew all too well – the old “take an Ambien and go to sleep early so you don’t have to eat dinner” strategy.  Also a vital part of the Spring Break diet.  If you don’t eat, your bank account stays above negative and your stomach wastes away to maybe possibly revealing an ab or two, which vastly raises your mental health.  10/10 doctors recommend this.

“The first time I did it, like day three, I felt like I was hallucinating. It was a weird state to be in. But as I did it the next two times, it just became so apparent to me how much of our days are centered around meals and how — the experience I had was when I was fasting for much longer, how time really slowed down,” he tells Greenfield.

…you fucking kidding me Jack?

This was my Sunday:

John Wick marathons and Feast Bundles – time really does slow down, because you can’t move your body or function in any way whatsoever for a few hours afterwards.

Dorsey has a wearable Oura ring, which measures sleep quality, recovery speed and daily activity, he tells Greenfield (who is an investor in the company).

“If I keep to a consistent schedule of sleep, I get higher scores on REM and I get much deeper sleep as well,” he tells Greenfield. REM sleep, or rapid eye movement sleep, is important because it “stimulates regions of the brain that are used for learning,” according to the Eunice Kennedy Shriver National Institute of Child Health and Human Development.

If I wasn’t out on the weekend-long fasting, I’m certainly out on tracking sleep.  Doesn’t matter if I go to bed drunk at 5 AM or completely stone cold sober at 10 PM and sleep straight through the night peacefully until 8 AM: I will wake up feeling like an absolute pit of garbage and despair.  Every day.  Without fail.  No use tracking that. I already have to live it.

Dorsey writes about his day on the Notes app on his iPhone.

“I try to do that every single day, usually when I’m wrapping up the day,” Dorsey says. “It’s searchable. It’s accessible all the time. It’s in the cloud, so I can get to it even if I don’t have my phone. It’s secure.”

Barstool Sports has been my journal for a decade.  It’s kind-of searchable when our Search feature works, it’s accessible about 50-60% of the time if our site doesn’t crash, it’s not in the cloud because DevNest deleted it.  And it’s probably not very secure.