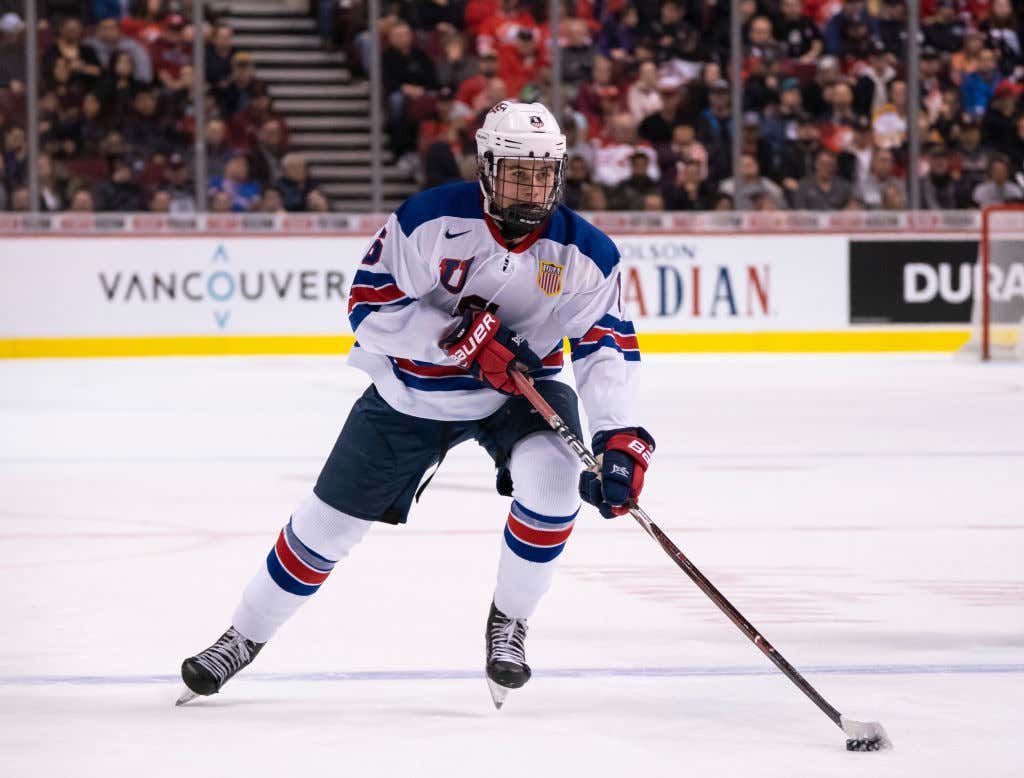 Jack Hughes is going to make huge difference for one lucky NHL franchise. It may take the 2001 born Hughes a little time, but when Hughes finally matures and comes into his own, he will be a great NHL hockey player. I mean, the kid absolutely destroyed the USA Hockey’s National Team Development Program’s single season point record held by Clayton Keller.  So, where will Hughes end up? The answer will be decided tonight at 8pm EST when the NHL holds their lottery.

The only teams that are eligible are the 15 teams that did not make the playoffs this season, unless the team has traded away their 1st round pick (How are yaa Ottawa).

Lottery odds (Fewest Points to Most) via NHL.com

Now, I’d love to see Hughes end up in New York, Chicago, Los Angeles, or Buffalo. I think it would be a great for a major market to get the opportunity to watch Jack Hughes on a nightly basis. Imagine if Hughes ended up in LA? Only a matter of time before that kid is dating a Kardashian or someone like that.

And say what you want about Kaapo Kakko, but as a fellow American I stand fully behind Florida born Jack Hughes to be drafted #1 overall.