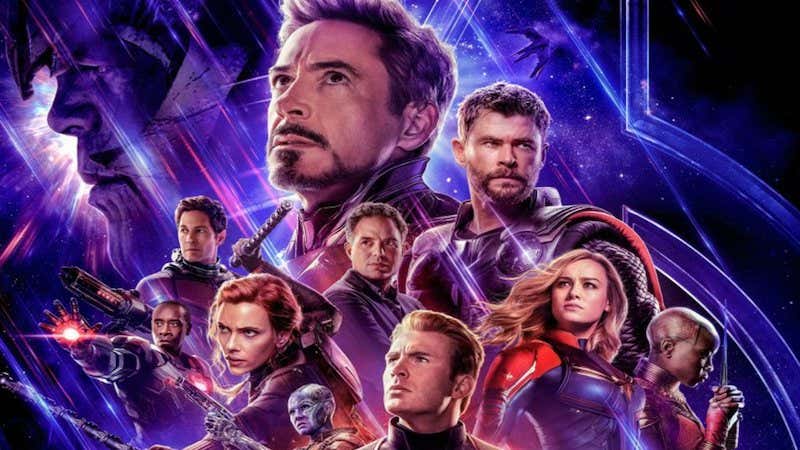 A week later, “Endgame” has done something even more impressive. In its first week, the 22nd film in the Marvel Cinematic Universe sold nearly twice as many tickets on Atom Tickets as “Aquaman,” “Star Wars: The Last Jedi,” “Avengers: Infinity War” and “Captain Marvel” combined.

I’m not one for hyperbole, or at least compared to some of my peers here at Barstool. But that stat is one of the most mind-blowing things I have ever read in my life. You tell me that Endgame sold more advanced tickets than all the DC movies from the last few years (outside of Vinny Chase’s Aquaman, which was a box office MONSTER), I would understand. Maybe throw in a couple of the shittier Marvel movies on top and I could see it checking out.

But to even match the advanced tickets of Infinity War and Captain Marvel seems like a typo, let alone DOUBLE all those as well as a movie from the Star Wars trilogy trilogy doesn’t even remotely make sense. It’s like reading those stats where Mike Trout already has a higher career WAR than a bunch of first ballot Hall of Famers. I’ve been to Star Wars celebration. I’ve seen those diehards that make Robbie Fox look like a sane person. Some are OGs that have been around since 1977 like RA and some are younglings that don’t remember the massacre that was the Phantom Menace release. I may not have liked The Last Jedi, but I know I bought my tickets the millisecond they went on sale during Monday Night Football because I fiended it like Luke fiends green space manatee titty milk. Endgame doubling that and the rest of those comic book movies, one of which was the most ambitious crossover even in history that is the foundation for Endgame, fundamentally doesn’t make sense in my brain. I understand we live in a world where everyone is terrified of spoilers, but spoilers popping up on social media existed when all those other movies came out. No wonder Fandango’s servers turned to ash like they were snapped away by Thanos. I cannot fucking wait for this movie to come out. And apparently a bazillion other people agree.