Oh my god. I’m no parent, I’m sure it’s a hell of a job and there are a lot of worthy candidates out there, but I am ready to declare that this poor woman deserves the Mom of The Year award for what we just saw. Not only is she helping her son reach his dreams which is commendable, but she seems like a great sport after he shook her to the moon. I mean this dude hit his mom with a James Harden step back and it went pretty much exactly like you thought it would. She seemed to take it in stride and was in good spirits and even her son could barely keep from laughing about the whole situation 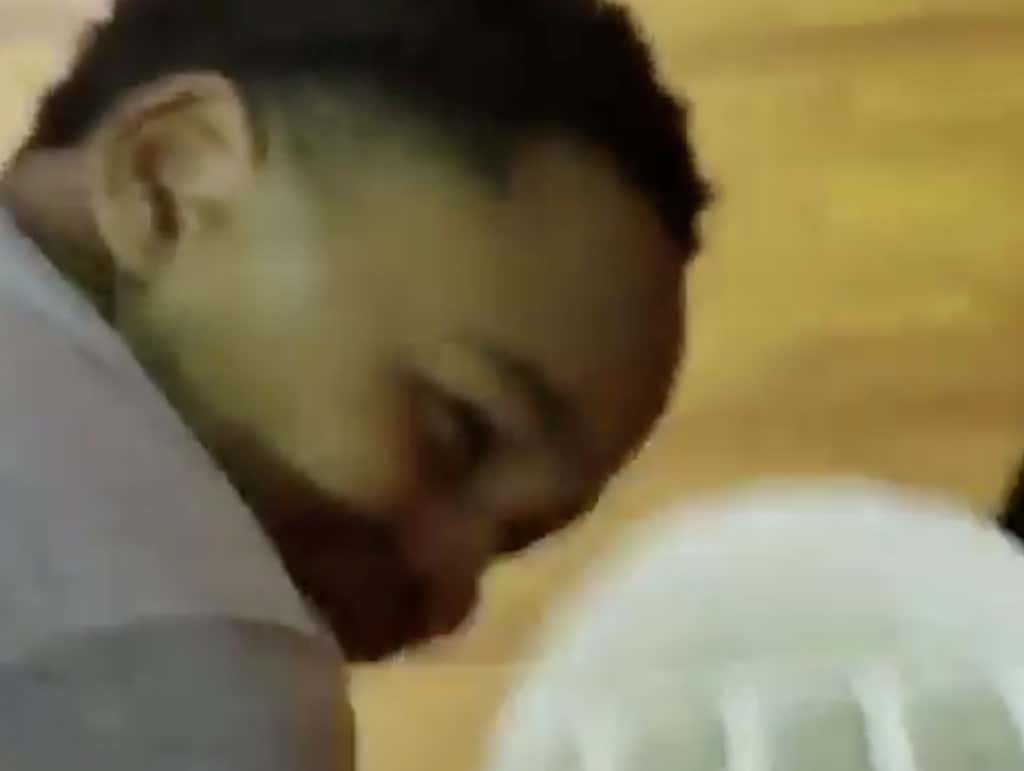 His mind must be in a big time pretzel at this moment. Is she laughing just because she’s embarrassed and it’s all good? Or once she realizes this is going viral is it a wrap for this young man? Like you know he didn’t want to do this to his mother but those are the rules. You step in between the lines and check up on D then all bets are off. You are signing away the right to be absolutely destroyed. I think he tried to take it easy and hit her with something he may have thought wouldn’t result in her getting shook like that, but he guessed wrong.

Now the person I’m most nervous for is what I only imagine is the Dad or something filming. She’s going to see and hear his reaction and take out all the punishment on him. His initial reaction when he saw her go down made the whole video in my opinion. It was so pure and honest and we all had the exact same one as we watched it. She can’t punish her child because she wants what’s best for him, but the person filming? You saw how she reacted once he let her know he had it on video. That’s a death wish right there man what are you doing. Make something up and say you forgot to hit record or something and keep this as something you and your son can have between the two of you to always laugh at. Now the whole internet has seen it and I can’t imagine that ends well for that guy. In fact, it’s only right that we flip the script and see this guy D up. Let’s see if he’s still laughing then.

This video also reminded me of one of the funniest GIFs I’ve ever seen, which just so happens to be the perfect way to wrap up this blog.  Enjoy