We’re not even 2 weeks in and I’m ready to declare 2019 the best baseball season since McGwire/Sosa and consider that includes my 2-7 Chicago Cubs. That’s how good the baseball’s been so far. We’re on pace for 10% more home runs. WHIP, Walks, Strikeouts and ERA+ are all up meaning there’s more scoring opportunities and jams. That’s what makes a game exciting – the pressure and stress building up to a big moment and the end result is trending towards longball or strikeout.

I know baseball purists everywhere are sick to their stomach with where things are headed but personally I love the action. I’ve always said baseball was at it’s most fun in the middle of the steroid era when everyone was cranking massive home runs and pitchers consistently hit 98+. That was a time you showed up to be WOW’d and notwithstanding the wide-scale long-term health consequences, we were most certainly WOW’d.

For the first time in awhile it feels like we’re moving back towards that direction. I’m not pointing fingers and saying steroids are back at the same rate they once were. But every indication suggests baseball is getting back to it’s modern American roots as a celebration of individual glory…

and down right POWER:

Let’s start with the Yankees. The world is a better place when they’re fucking people up. It just feels right. Like I want people scared when the Yankees come to town. I want people like Mariners fans to be terrified to show up to the stadium. Then and only then is baseball at peak performance and right now it looks like we’re Peaking:

And while I’m jerking off the internet because of all these home runs, let’s not forget that we will always respect good old fashioned On Base Percentage. Freddie Freman’s at .561 thru 41 plate appearances. That’s almost as impressive as the sheer size of his teeth: 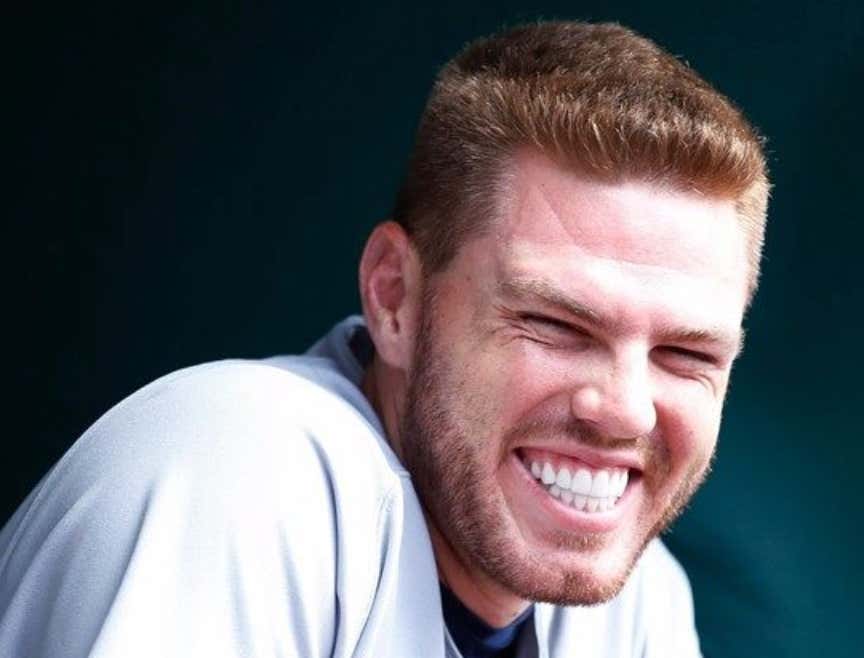 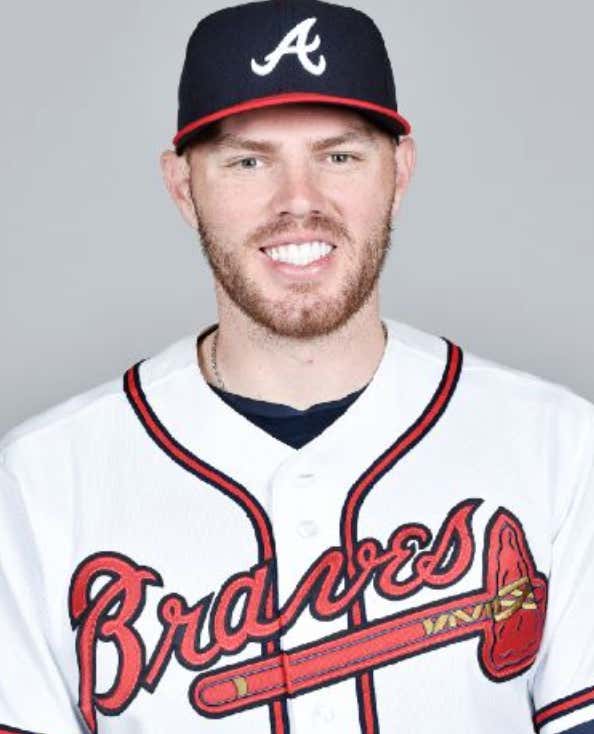 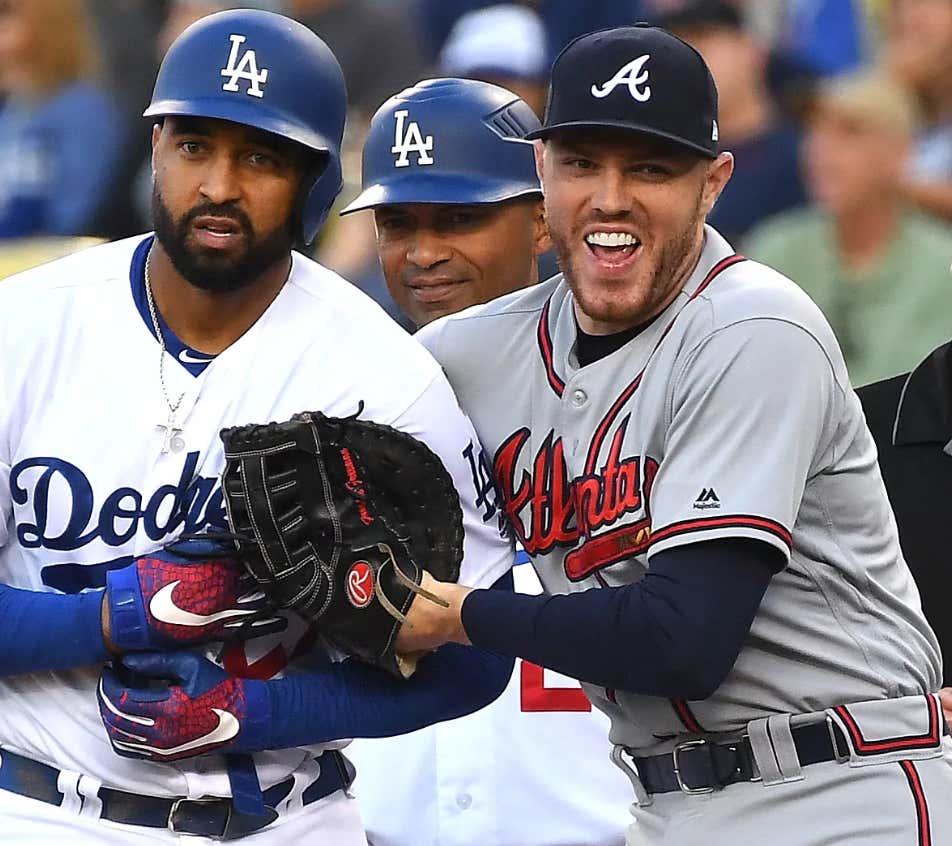 Question – what’s it like watching the best baseball player of all time in the middle of his prime?

Not everyone looked that good though. Things actually got pretty ugly in the Pirates Reds game yesterday.

And by ugly I obviously mean Awkward because that was a big time pussy fight. And it all started because Derek Dietrich dropped some D all over P

So Chris Archer threw behind him, made a big deal about it and then …

The Phillies and Twins played a really interesting series this weekend with 2018 All-Star Jose Berrios dealing 6 innings of 2 hit, 7 strikeout ball on get-away-day. It was a road-rubber match for the Twins with their #1 against one of the NL’s best and he pitched his balls off. That’s exactly what you want to see from a budding superstar like Jose Berrios. Through 3 starts the 24 year old looks like a legit Cy Young threat.

So does Josh Hader

Barf city no doubt but consider this: Hader’s given up 1 hit in 7.2 innings while striking out 13 in 5 games, all of which have resulted in a save. The Brewers are on pace to win 150 games or some shit so if he keeps it up you imagine he’s taking the NL hardware.

Speaking of awards, is it too early to give Danny Vogelbach the MVP? 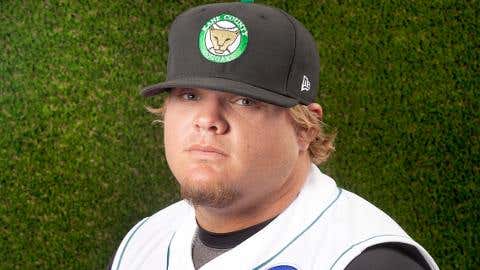 Remember that face when the Mariners are in the wild card after trying to rebuild this year. Also remember this guy:

Beckham was the 1st overall pick in the 2008 draft for the Tampa Rays and has objectively accomplished jack shit in his career. But the Mariners are giving him a chance to play every day now and he looks like the guy everyone though he could be some day. He’s hitting .400 and leading MLB with 33 total bases, 13 runs and 16 hits. Good for him.

I can’t remember if Red Sox fans love him or not so I’ll just assume this was well received. Regardless, that might be the lone bright spot in the desert as the Red Sox dropped a series to Arizona moving them to 3-8 on the year and a dog fight for last place:

Actually you can be 3-7 when you have this guy

This is downright ALARMING

We’re so lucky to watch him play every day. Only issue is that he may never get by the Dodgers because they’re just sooooooooooooo fucking good. Everyone on their roster is awesome. Half of them are from the island of misfit baseball players. The other half are seemingly on 25 million dollar deals or top prospects. Guys like Walker Buehler and Urias and Seager and Bellinger just one after the other coming out of the woodwork while Justin Turner and Max Muncy and Chris Taylor and David Freese all reinvent their careers to be super stars. It’s unbelievable. Everyone from the front office stat guys to the groundscrew for the LA Dodgers is killing it lately.

I need a drink.