Throughout the 1st round, 2nd round, Sweet 16, and Elite 8, there has been A LOT of accusations of cheating through bots by bars, students, and Barstool’s vast college account program (you may know them as viceroys). I am not going to get into that too much here. If you want to spend your day down possible collusion road, I did my own Mueller Report here:

If you are wondering what this whole thing is about, it’s very simple. 5th Year started off with 64 college bars, all from different schools: 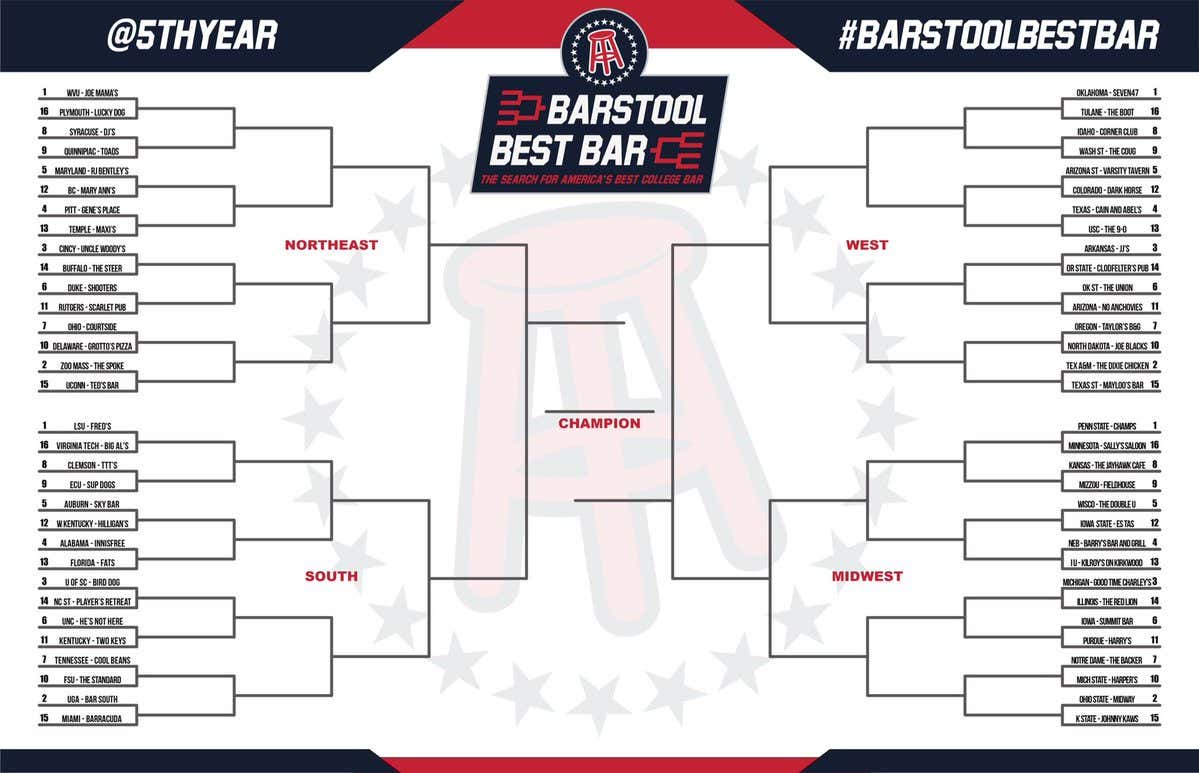 Matchups happened over a 48-hour window on Twitter using the Twitter poll function. The bar with the most votes advanced. We are now in the final four:

The Jonas Brothers and their famous significant others (Sophie Turner, Priyanka Chopra) were so excited about Champs advancing that they showed up in Happy Valley on Friday night:

The Jonas Brothers grew up in Jersey and were fans of Penn State, explaining their support for Champs. Joe had his 21st birthday in College Station. This was up for debate at one point:

This was figured out as Champs downtown, which opened in 2015, has had other locations throughout Happy Valley for decades.

They performed on Friday night:

James Franklin was there:

Now, what about the potential collusion going on? Champs beat Harper’s (Michigan State) in the Elite Eight after an “overtime.”

On Friday afternoon, Harper’s accused Barstool of COLLUDING with the Jonas Brothers and HBO:

The accusation is described, simply, as: HBO came to Barstool and said, “Hey, we have one of the most popular shows in the history of television, you may have heard of it: Game Of Thrones. One of our actresses is Sophie Turner, and she is engaged to Joe Jonas. 8 years ago he celebrated his 21st birthday at this bar named Champs at Penn State. We want you to make a 64-bar tournament, March Madness style, with Champs involved. Throw the entire tournament to make sure Champs wins, but don’t tell anyone.” This all happened in the backroom of a Mafia ran restaurant in the Bronx, something that is referred to in the Mafia world as a “sit down.” In response, Barstool said, “okay, what do you want in return?” And HBO said, “we need you to promote Game Of Thrones on your Twitter.” Then they had a deal.

Now, if this was all true, who was at this sit-down dinner? HBO sent their top executives and George R.R. Martin. Barstool sent these three: 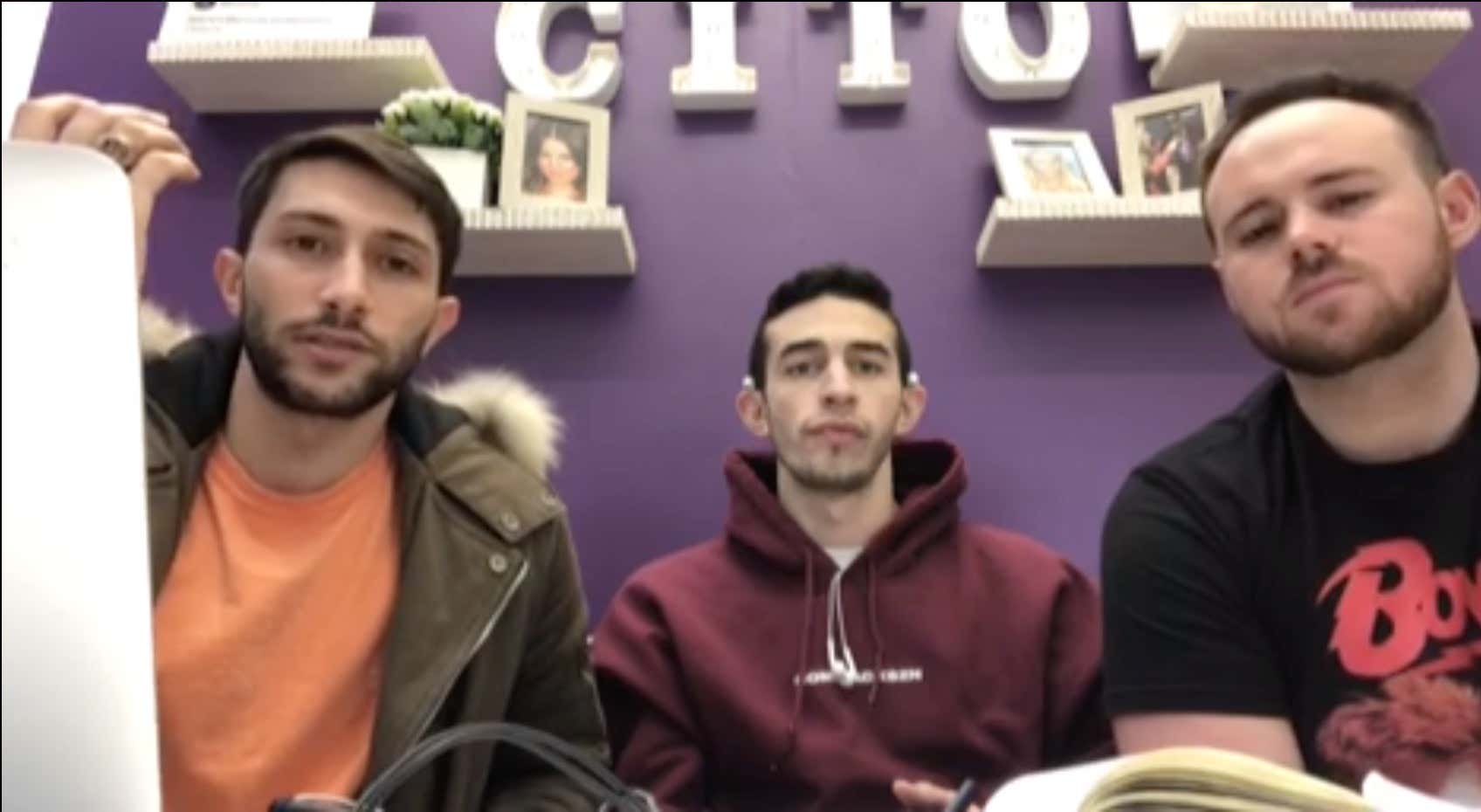 Yes, that is Tyler O’Day on the far right, known for his viral tweet that he stole, or as he put it “repackaged,” during the summer of 2018. He is also known for his outrageous outfits:

You may be thinking at this point, wait a second, that doesn’t make any sense. Why would HBO go through all this trouble for a simple tweet? That’s why you are smart. There was, as Donald Trump put it:

Absolutely NO COLLUSION. NO OBSTRUCTION. TOTAL EXONERATION for 5th Year.

Anyways, we are entering into the Final Four today, starting at 2 PM. Sup Dogs (ECU) will face off against Scarlet Pub (Rutgers). Champs (Penn State) will face off against Joe Blacks (North Dakota). Voting will last until Monday at 2 PM. The final round will then start on Tuesday and go until Thursday. The winner will be crowned the best college bar in America. I’m sure there will be drama. I’ll keep you updated.