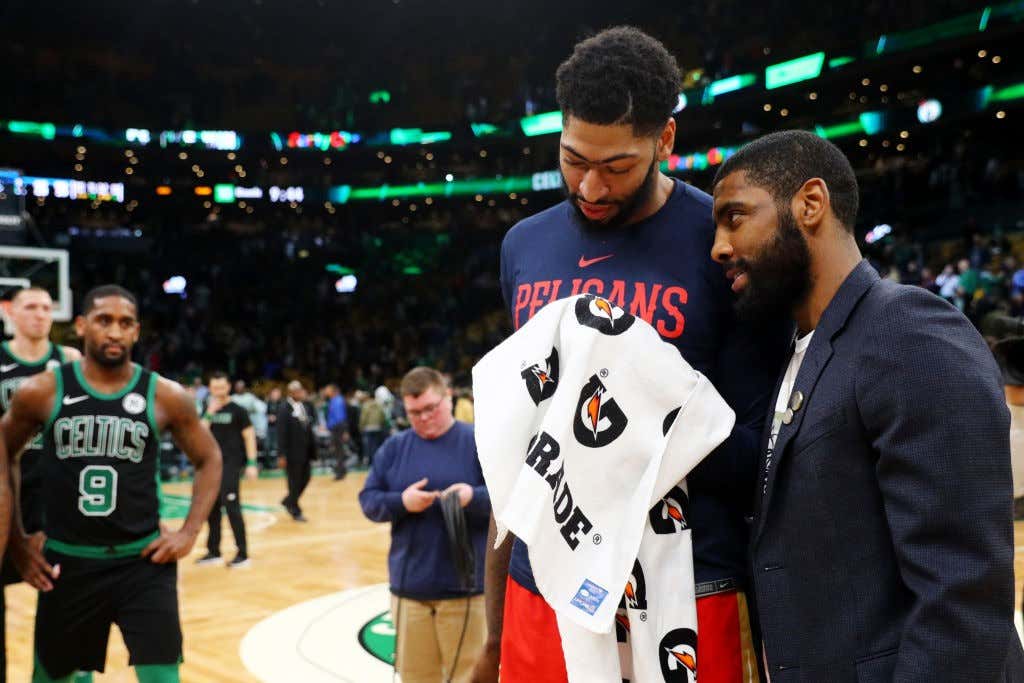 Alright so we had a little snafu this morning via the Celts social media team and frankly I love it. Allow me to explain. Earlier today they put out a tweet where they asked fans to write in a name they wanted to see on a custom jersey with a couple different options, and then they would create the jersey and tweet it back to you. Teams do this all the time and you may remember the Patriots getting into their own sticky situation with this same sort of promotion. Well someone did God’s work and requested Anthony Davis and the account happily obliged 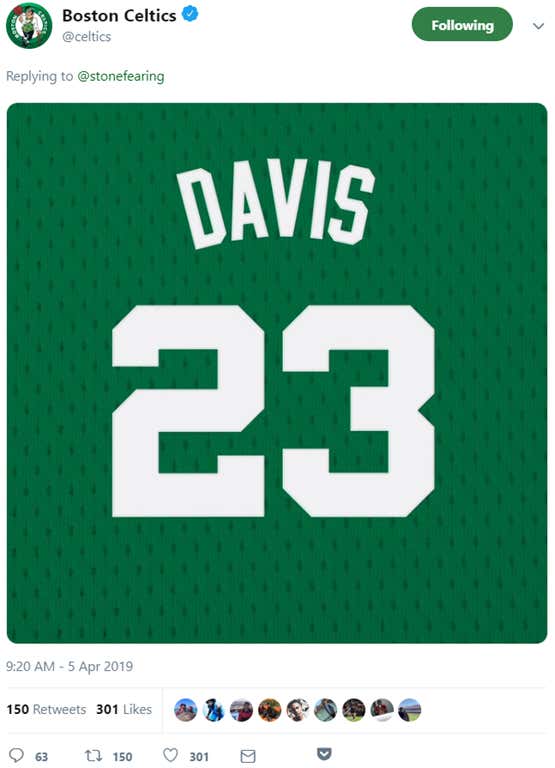 It took about 5 seconds for the internet to freak out and the post to get deleted because I’m pretty sure you can’t have the official team account putting out a jersey of a guy everyone knows they’re trying to trade for who also just so happens to be currently under contract with another team. Ts + Ps for whoever had to handle that disaster on the Celtics side but I’m here to stand with them and offer my support. Is this tampering? Maybe, who the fuck knows anymore. And while I’m sure Magic is already on the phone with Adam Silver demanding the Celtics get fined for stealing his tampering schtick, I see nothing wrong with this.

Guess what, everyone tampers. If you’re not tampering you’re not trying. Who says the Lakers are the only ones allowed to be shady and get their hands dirty when it comes to Anthony Davis? Shit it’s not my money that would have to go towards paying the fine so I want the Celts to tamper their dicks off. Do it through social media posts, do it through sneaky comments in the media, hold secret dinners, do whatever you have to in order to continue to make this team as good as it possibly could be. How mad would you be if they were the only team that didn’t tamper and they were left with their dicks in their hands? Can’t have that. Cheat first and ask questions later if you ask me. Maybe all AD needed to see was what his name would look like in Celtics colors and suddenly he reconsiders his free agency. You don’t know, and that’s why you have to shoot your shot.

So while the person in charge of this may have had a shitty Friday, they also may have sneaky played an important role in bringing in Ainge’s white whale. I applaud the effort, even if they had no idea what they were doing when it initially happened.