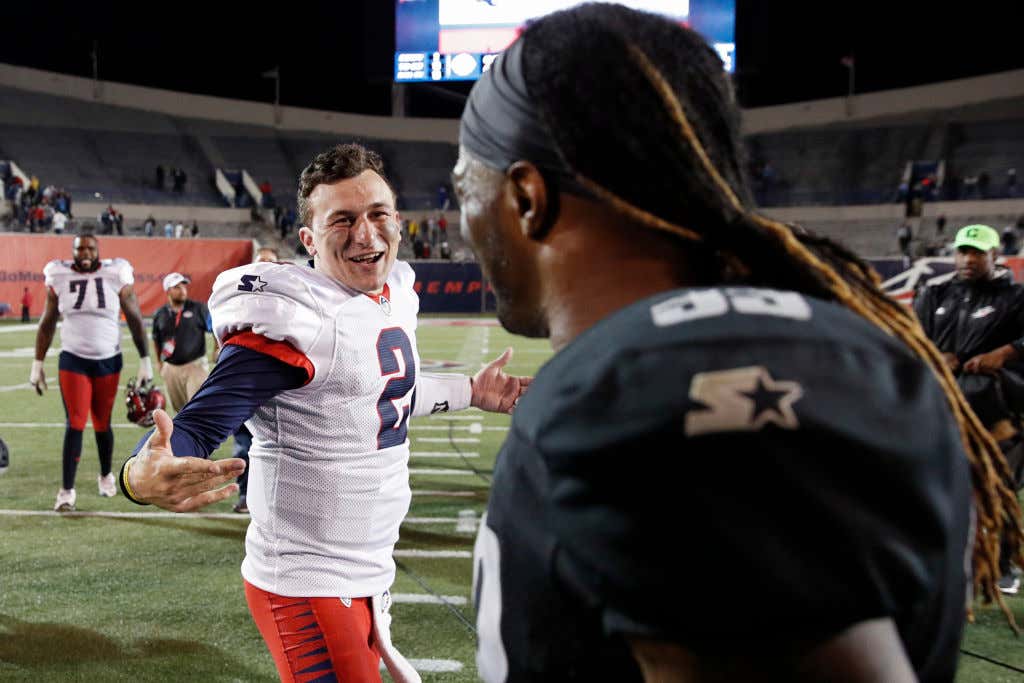 When the AAF debuted, it was sold as a second chance for players who never got a second chance. The guys who just missed out on the NFL or wanted to get back on a roster. That’s what made it cool. It did provide a shot for a lot of football players but after the league folded on Tuesday, it’s fucked a lot of those same players.

Let’s start with Adrien Robinson, a player for the Memphis Express:

In that tweet, Robinson tagged Rich Ohrnberger, an ex-NFL player and current NFL analyst. He tweeted out a thread earlier in the day:

You obviously feel bad for the players that didn’t get to finish the season, but the AAF leaving those who were injured in the dust is disgusting.

It was also reported today that AAF players who drew NFL attention weren’t allowed to sign with NFL teams because the AAF hadn’t officially closed yet!

This changed after the AAF tweeted this out:

Players aren’t the only one who lost money, so did facilities:

It pains me to say this, but the AAF is literally the Fyre Festival of sports leagues.

The weirdest part remains why did Dundon pull out on the league after a successful first year?

Rumors are still swirling that the only reason he invested in the league was for it’s gambling technology:

One thing is for sure: lawsuits are coming.