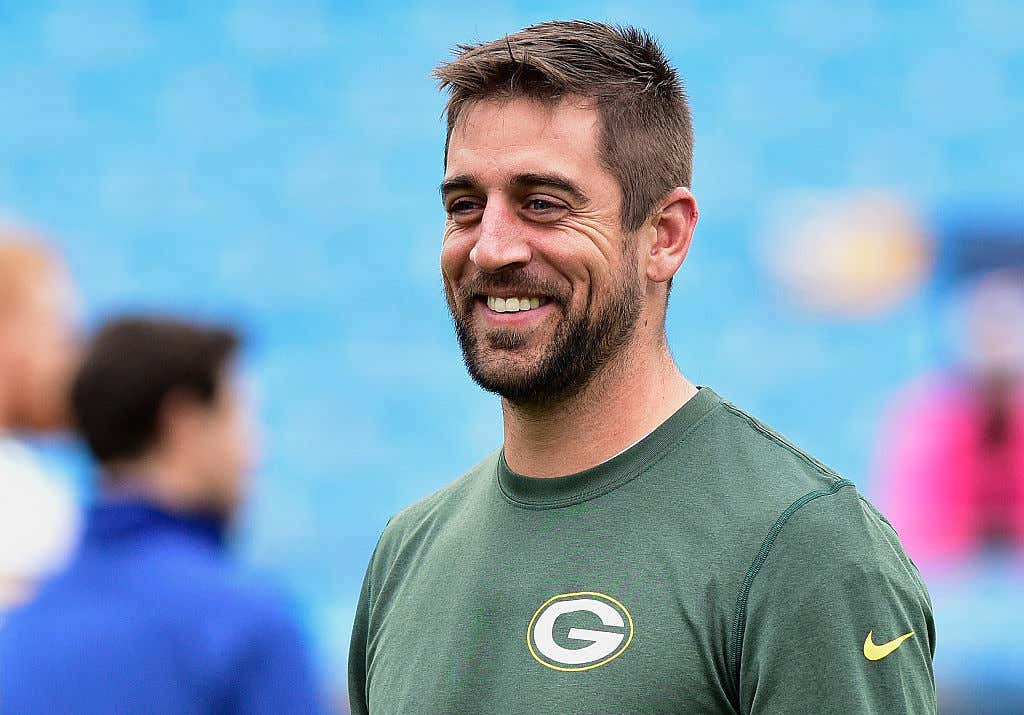 People LOVE to talk about what a villain Aaron Rodgers is. They love to talk about how difficult he is to work with. How he feels superior to each and every teammate, and hell even his family! How he spent the majority of Mike McCarthy’s career undermining him, thinking he knew better than his own head coach.

It couldn’t possibly be that maybe he’s a brilliant football mind and that Mike McCarthy ran a stale, boring offense with the same stale, boring plays that everyone saw coming a mile a way?

“It’s like, ‘Dude, you have to adjust! The league changes!'” the personnel man says. “You’ve got to be humble enough to follow it. If you can’t adapt, you die. He definitely didn’t adapt. You can’t run 90 back-shoulders into coverage. I don’t care who you are. Things got so stale.” 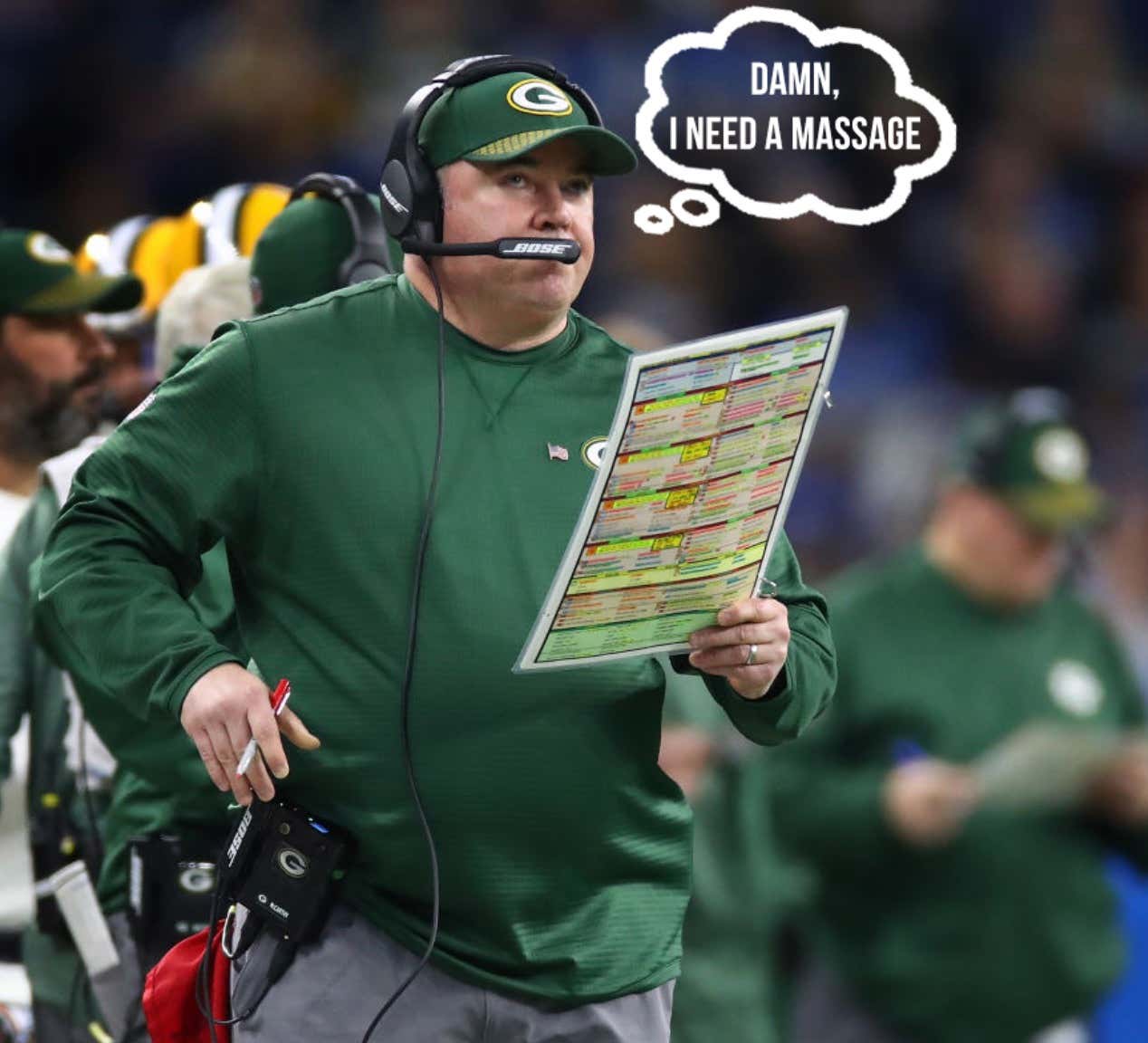 It couldn’t possibly be that Mike McCarthy just stopped caring. Or that he, oh let’s say, prioritized PERSONAL MASSAGES over important team meetings.

McCarthy, on the other hand, seemed to be more and more checked out, leading many to sympathize with Rodgers.

The sight was strange at first.

About once a week, a meeting would start up and McCarthy was MIA. Players weren’t quite sure where he was while, for example, an assistant coach would run the team’s final prep on the Saturday before a game. Eventually, word leaked that McCarthy, the one calling plays on game day, was up in his office getting a massage during those meetings.

One player had the same massage therapist, and she let it slip that McCarthy would sneak her up a back stairway to his office while the rest of the team prepared for that week’s opponent.

IS THIS A FUCKING JOKE? Mike McCarthy would sneak in a message therapist ONCE A WEEK, DURING team meetings? What kind of piece of shit coach would do that? You think Belichick is letting an assistant run the last meeting before a big game in order to get rubbed down? (Kraft maybe, but not Belichick.) This is absolutely preposterous!

“If you’re not a part of meetings, and then you’re trying to be pissed about execution, nobody’s going to really respect you,” says one former front-office member from the McCarthy-Rodgers era. “They’re going to look at you like, ‘Where have you been all week?’ It sounded like he was really just chilling.”

Fuck Mike McCarthy. For his years of complacency and laziness. For taking the best years of Aaron Rodgers’ career and wasting them away with his bullshit, expected play calling. For putting Rodgers in a position where not only does he have to worry about being the best quarterback he can be, but about being the only leader on the team.

Back in (Ryan) Grant’s day, the Packers were armed with legit leaders at every position.

“The reason we did well was because we weren’t looking for Aaron to be a phenomenal leader,” Grant says. “He needed to be a phenomenal quarterback, because we were leaders. We handled our own position, and we weren’t looking for someone else to be that guy, to be that leader. … It was, ‘We’ve got this s–t.’ When things got out of hand, we were like, ‘What’s wrong with y’all?’ I don’t know what this looks like now.”

And fuck him for making Aaron Rodgers – a man who actually lives, eats, and breathes football – into the villain while he busy “anointing himself as a quarterback guru.”

The coach often bragged to players about his time with Joe Montana…in Kansas City.

“He tried to bill himself as this quarterback master,” the player says. “It was like, ‘Buddy, I just want to let you know, Joe Montana did a lot more before he was in Kansas City.'” 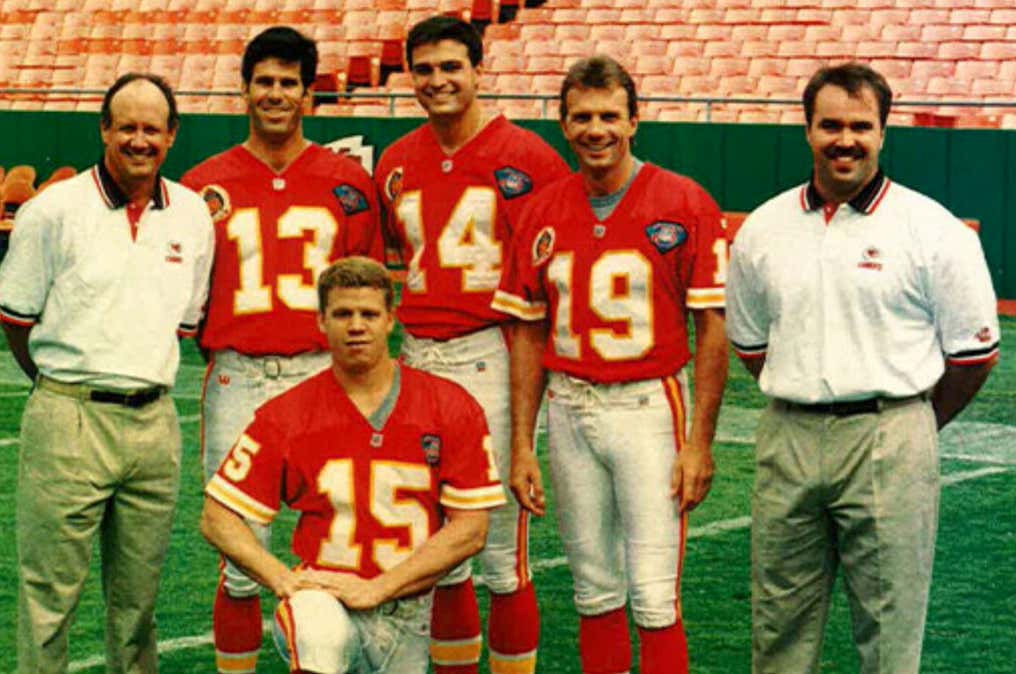 Lol! What a fucking loser. McCarthy taking any sort of credit for the QB Joe Montana was is actually funny. “Sure he was in the league 13 years before I ever was, but my first year in the league as Offensive Quality Control Coordinator was his first year in Kansas City, and boy I’ll tell ya, everything he knows about quarterbacking he learned from 30-year-old Mike McCarthy.”

You think you can tell that delusional man that his offensive scheme isn’t working? That maybe he needs help?

Many agree McCarthy could have saved himself if he had swallowed his pride and hired a bright offensive mind to challenge Rodgers. One beam of hope emerged in Alex Van Pelt, who coached running backs in 2012 and 2013 before moving over to quarterbacks in 2014. However, team sources say McCarthy felt threatened by Van Pelt, who became close to Rodgers. The Packers opted not to retain Van Pelt when his contract expired after the 2017 season, which didn’t sit well with Rodgers.

Hmm… so Rodgers is insubordinate? Kinda sounds like he WANTED to be coached and McCarthy didn’t want anyone but himself to coach #12. And if Rodgers was the problem, if it was his negative locker room presence that brought the team down, surely during his injuries the team became McCarthy’s again, guided under the leadership of their head coach? After all when Tom Brady went down, Belichick did just fine with Matt Cassel.

When Rodgers missed seven games in 2013 and nine games in 2017, the player remembers teammates outright quitting.

That’s when the real coaching, the real identity, the real character came out of everybody,” he says. “I saw that guys give up when we don’t have a star quarterback. I see guys aren’t going to give it all when their backs are against the wall.” 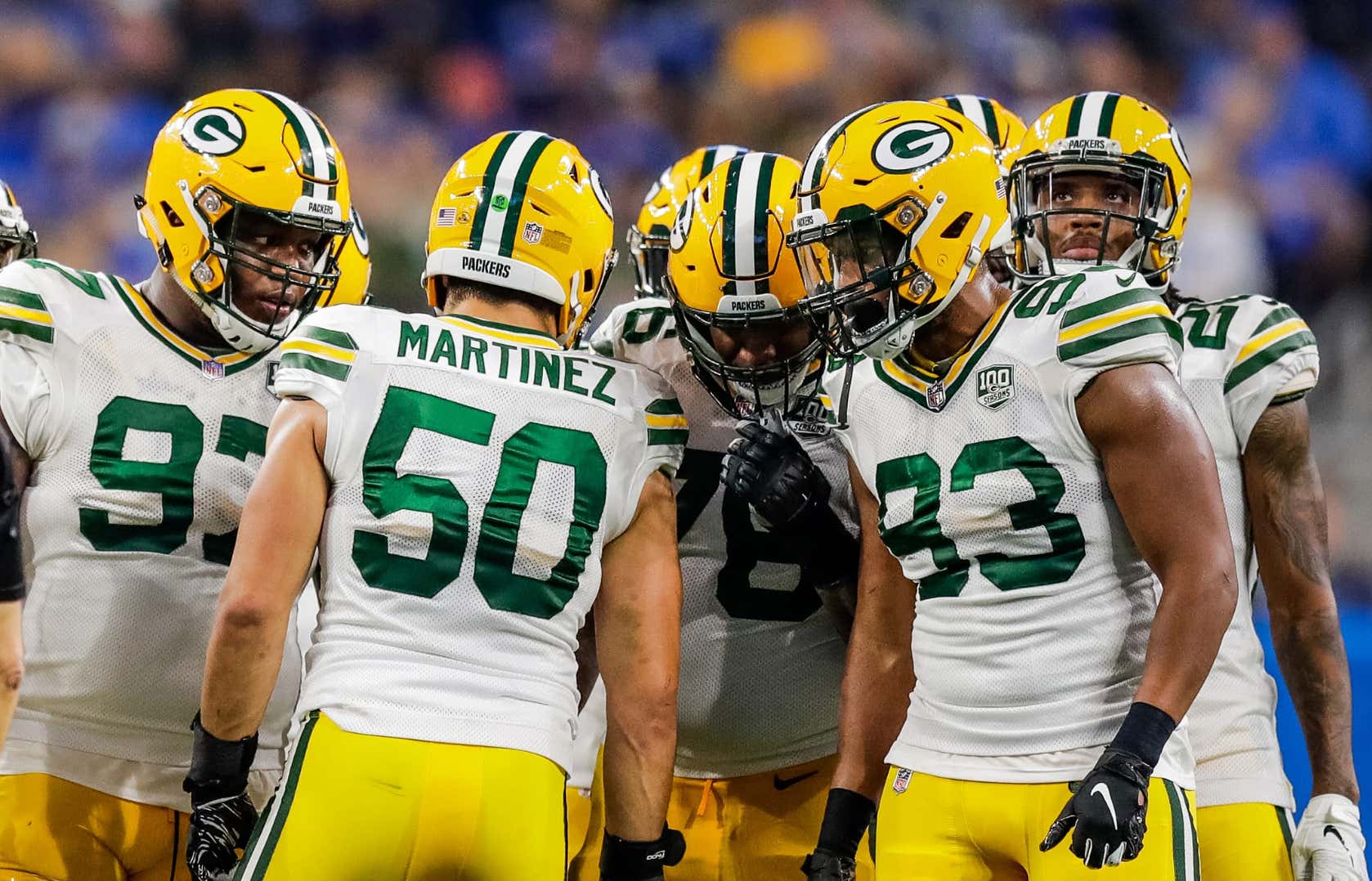 The Packers also rarely hit in training camp, and it angered defensive players “every day” how little interest McCarthy showed in them. He was never around their drills, the former starter says, and it was always the defense sprinting to the offense’s side of the field for team drills.

“What guys did on defense did not matter,” he says. “This is an offensive-minded team, and our quarterback is expected to bail us out. As defenders, we used to always talk about it. It’s like, ‘We whupped their ass today in camp. Are they going to finally run to us? Respect us?'”

I’m sure Rodgers is no saint. I’m sure he is a perfectionist who likes things done a certain way and expects the utmost out of those around him. He should. 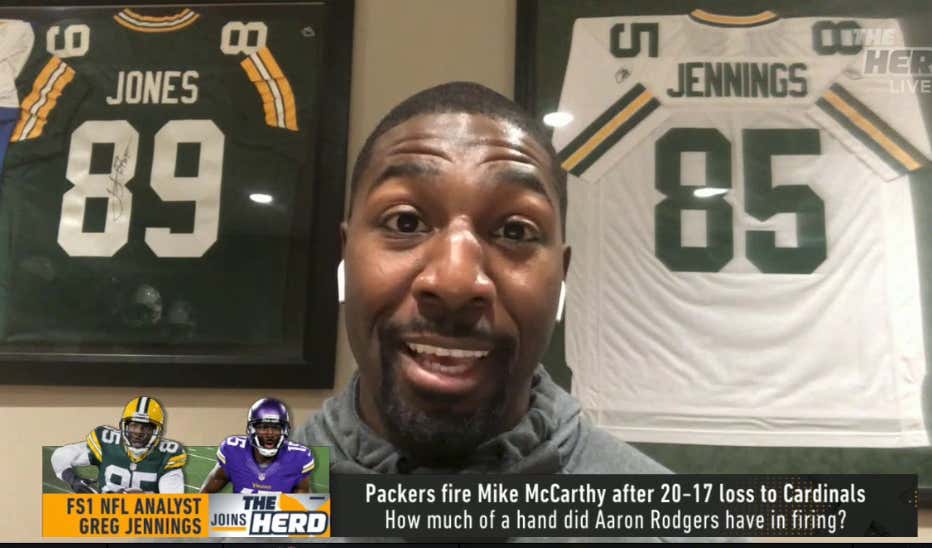 I am not, however, interested in anything Greg Jennings has to say about him.

Covering a Packers game as a member of the media, Jennings tried to get Rodgers’ attention, but the quarterback refused to acknowledge him. Jennings spoke to McCarthy. He spoke to the trainers. He spoke to everyone he could to set up a man-to-man chat, no cameras around, and never heard a peep back. Not that he was surprised.

Of course Rodgers didn’t acknowledge him! Jennings has done nothing but soil his name every single chance he gets. Fuck Greg Jennings! Rodgers was the reason he was paid when was in the NFL, and he’s still reason Jennings is getting paid now as an “analyst.”

I am also not interested in hearing receivers complain that he was too hard on them and put them “in the doghouse.” This is the NFL, not peewee football. Just because someone is  a “good person” doesn’t mean they’re are or will be a great receiver. Grow up. 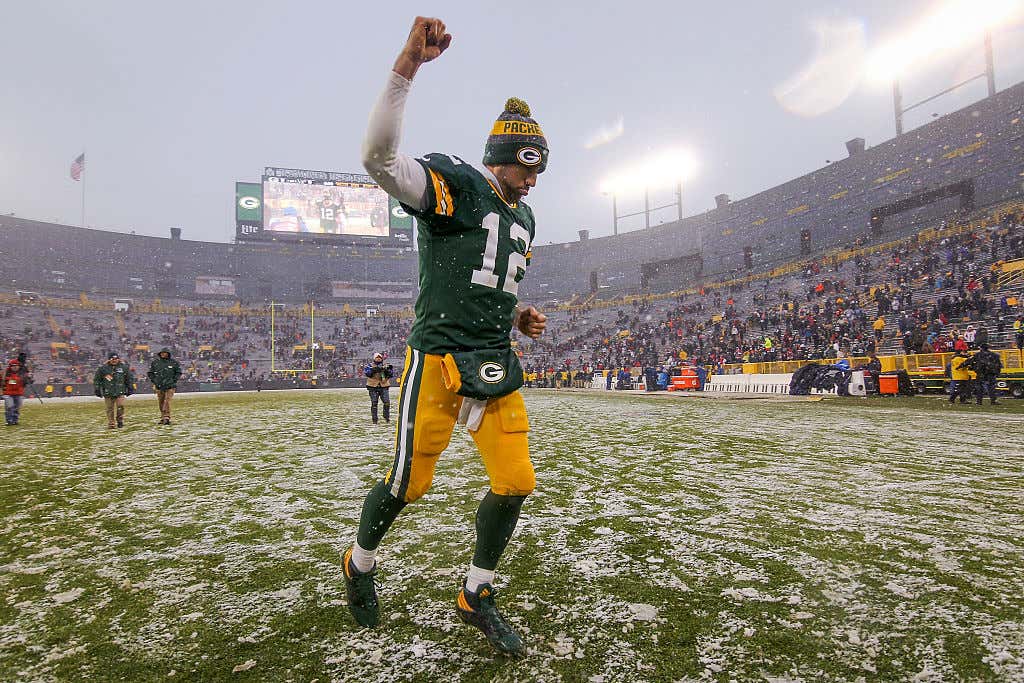 It’s simple: I’ll take the man who shows up everyday, who cares and puts in the hard work, who wants to win and happens to be the most talented quarterback to ever play the game, over an insecure coach whose players know their positions better than he does because they’re the ones in team meetings he’s skipping for his personal “massages.”