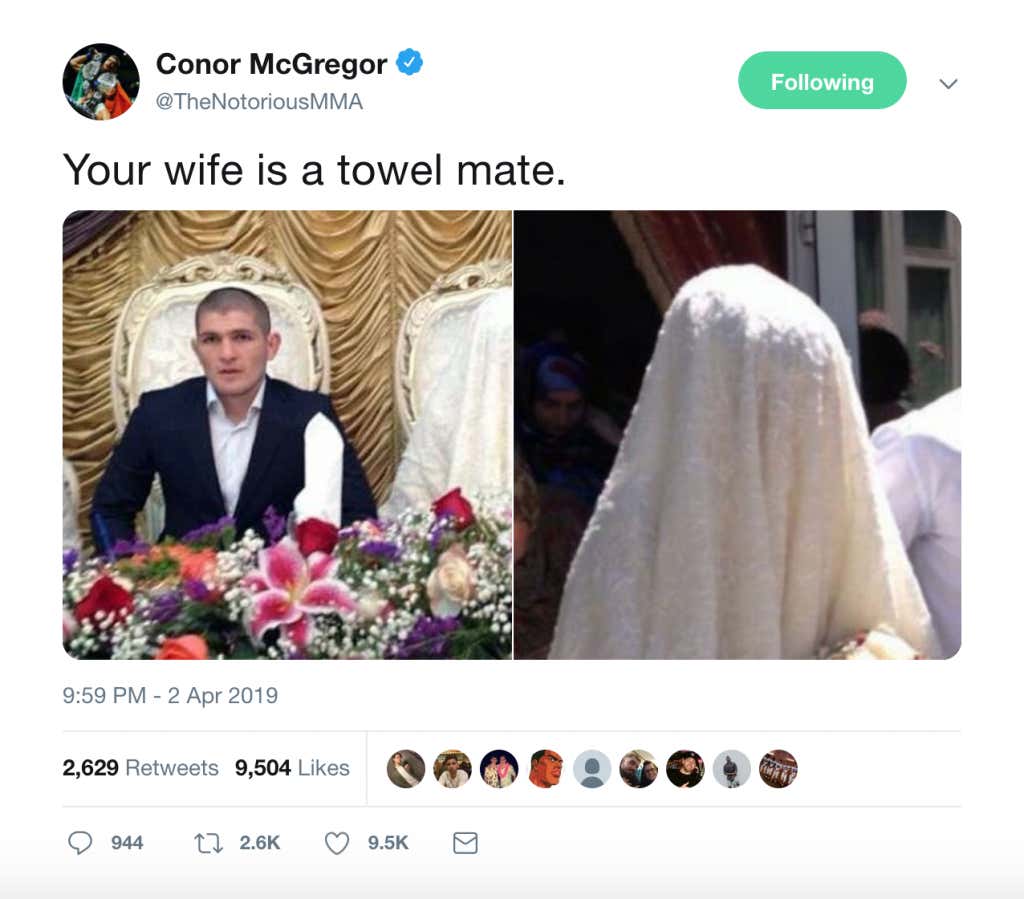 …the UFC Lightweight Champion responded by posting a photo of McGregor with Terri Murray, a woman who’s come out and claimed Conor is the father of her child in recent months, calling him a “rapist” who justice will find.

I don’t wanna sound too dramatic when I say this, but this rivalry is nearing levels that make me think it ends with somebody dead. I don’t know if that somebody is one of these two, and would obviously never wish it for anybody, but like – fuck, man. These are two guys with very powerful, and allegedly dangerous friends, spewing the worst possible insults in human history at each other. Couldn’t be more disrespectful if they tried.

I was “involved” in some shit talking prior to, during, and a little after the fight, all for the sake of content, comedy, jokes, and what-have-you, but received so many death threats that I was terrified and basically promised to keep Khabib’s name off my lips for the sake of my well being, and that’s me! I’m a skinny little dork who couldn’t hurt a fly! Never been in a fight in my life!

It’s all fun and games ’til it isn’t, though. This is no laughing matter for those in the thick of it. There’s no sense of humor present. This is, for lack of a better term, war, and it’s some scary shit.