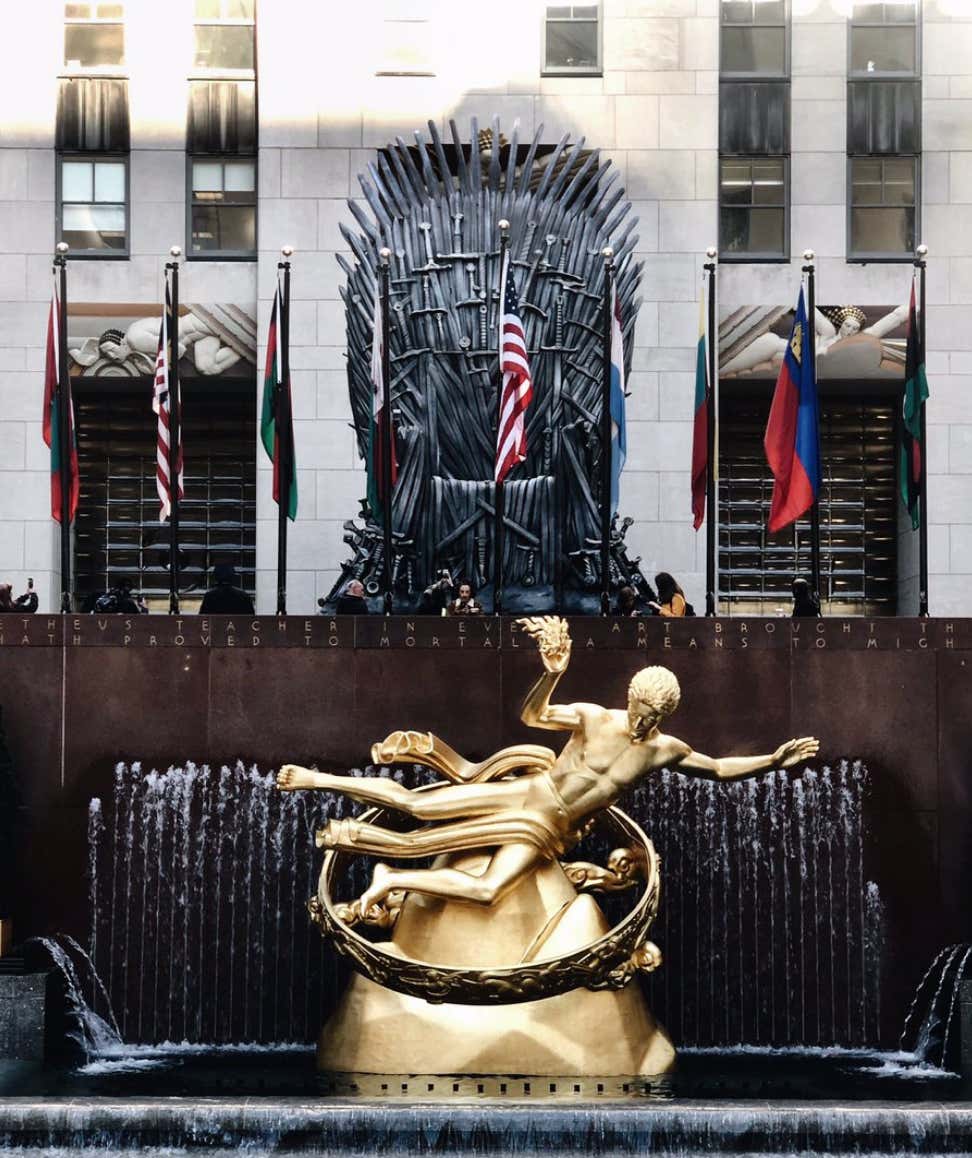 I. Fucking. Love. It. Get excited folks. It’s actually happening, Game of Thrones is coming back and to get people pumped up about it they plopped a giant Iron Throne down in Rockefeller. What a power move. I mean it, that’s how you get the people going. Game of Thrones is one of the last shows where literally the entire world is watching it. People are walking by that big chair this morning and thinking in their heads, “Fuck yes. GOT is coming back and coming back soon.” Obviously the show doesn’t need any publicity so the Iron Throne at Rockefeller Center is clearly just a, “GET EXCITED STAY EXCITED” play. I do wish the Iron Throne was a little smaller so people could sit on it.

By the way, I’ve long been the face of the Stay Alive Until We See How Game Of Thrones Ends brigade but there’s a real chance I have a heart attack and die as soon as the theme music hits on April 14th. It’s all just too much. It’s just a TV show but it’s not, it’s more than that. There’s so much at stake and the hype is so high that I might just die as soon as the final season starts. That sounds dramatic but it’s how I feel. There’s just too much happening and I don’t know if I can take it.

For example, they dropped this 1 minute trailer yesterday

There wasn’t a ton to it and I still ended up hyperventilating. Now I have to watch the actual show where we get answers and a conclusion to the story? Holy fuck man.