The 25-year-old had privately sent the photo to her then-romantic partner back in 2016, WPIX reports. Both of them were teachers within the South Country School District in Bellport, Long Island.

In January, a student somehow got his hands on that picture. Miranda was put on home assignment for three months. She was told last week she was fired.

Not only is she pretty hot, she’s also getting completely screwed here. If I’m doing my arithmetic correctly, she was 22-years old when she sent a naked picture to her boyfriend. Sounds like college to me. Not only is this NOT illegal, it’s encouraged by at least 50% of the population! But three years later, her students somehow got their hands on it. And no one knows how, seeing as she didn’t send it to any kids. I’d imagine her ex-boyfriend is sweating a little bit right now.

The police doesn’t like when adults share naked pictures with minors. But regardless, are we really going to fire someone for a private photo they sent to their boyfriend 3 years ago? This will start a very dangerous trend as more and more of this social media generation gets older. I can’t wait til we have a President in 10-15 years that gets sworn in and everything, then we find a Snapchat video of them smoking weed, Laremy Tunsil style. 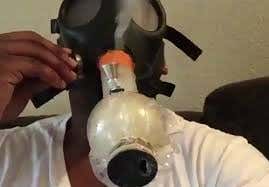 But even that would be something illegal (as of now). This situation is completely within the rule book, and it is a photo she sent to her boyfriend!! She didn’t post it online. She isn’t “modeling” for some creepy photographer or whatever all the girls from my high school are doing these days. She sent him a picture, and HE clearly leaked it. Or maybe they hacked her iCloud? Either way, they fired her for it!

“He (the principal) said ‘how can I put you in front of a classroom where boys would be able to pull out their phone and look at this image of you?””

Fair point by the principal, but maybe let her finish the year and help her find a job elsewhere? I just don’t think this is a fire-able offense. And neither does her lawyer.

Attorney John Ray has filed a notice of claim asking for Miranda to be reinstated or for the school district to pay up ($3 million). Miranda says she is being discriminated against for being a woman.

Eh, I don’t know if she’s being discriminated for being a woman here. I would think that if a male teacher had a naked picture leaked to the students, he would probably be in some hot water, too. I think her and her lawyer should focus more on the fact that it was three years ago and to her boyfriend, but they apparently want to hit this discrimination point pretty hard.

“If a male teacher’s nipples were displayed, there would  be no punishment,” she said.

True! Free the Nipple! And again, I’m not a lawyer, but I really think they’re pushing the wrong angle. The point is that no one is perfect anymore. Well, I’d bet no one was truly perfect in the first place. But now there are cellphones and social media documenting every little thing. So yeah, this chick sent a naked picture to her boyfriend when she was 22 years old. Are we really going to ruin her career over this? I don’t know. I’d like to see the picture first before I make my decision.