You just HATE to see it. 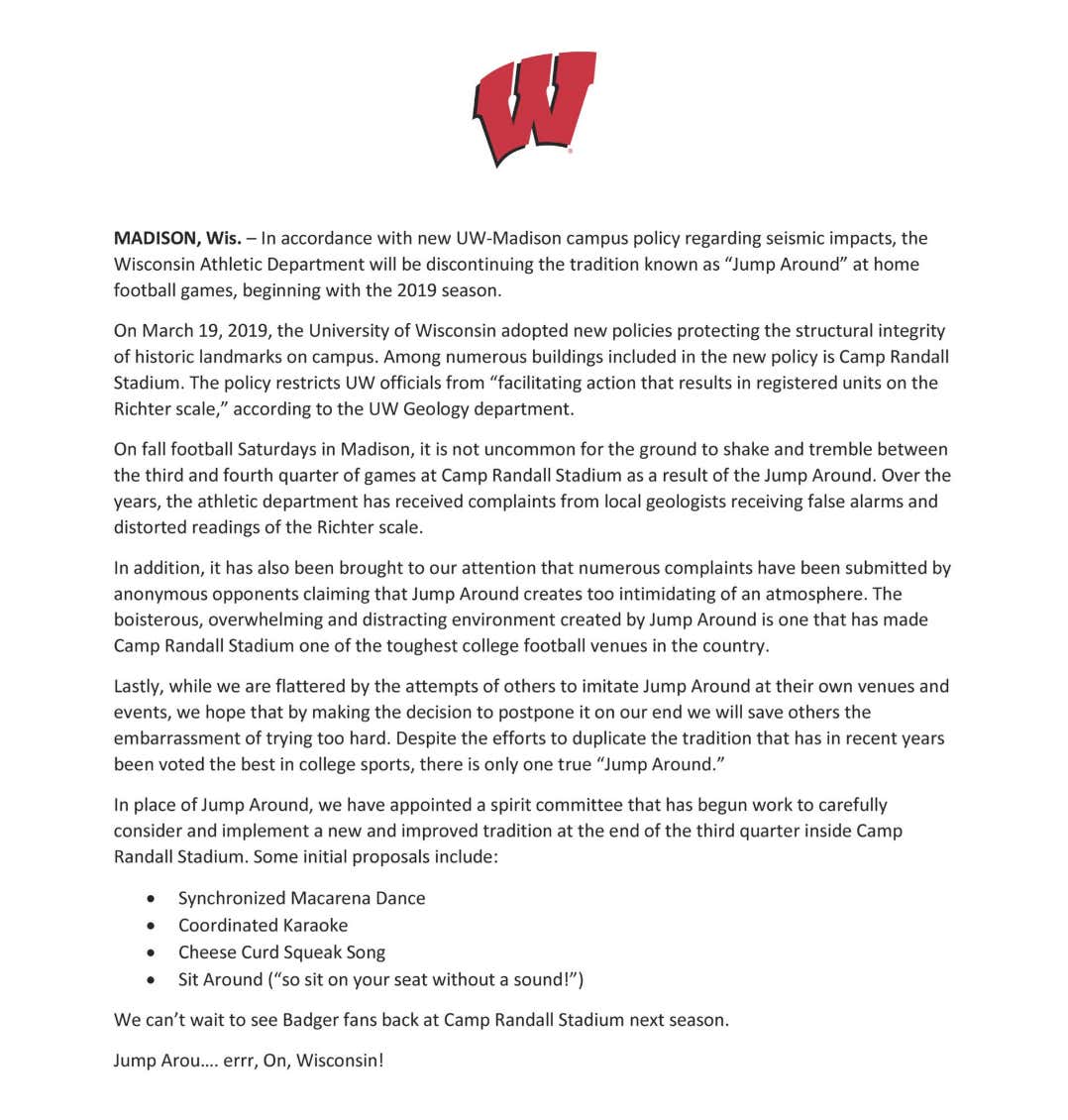 Oh, geologists want it to be banned?! Hey geologists! How about you focus on the big things like stopping massive earthquakes instead of trying to take down a great tradition in the college football world. My mom always said, clean your room before you try to clean up the world!!!

Alright, this is an obvious April Fools joke. It appears on Twitter that everyone hates April Fools (a great way to go viral on Twitter is to say you hate something that is universally accepted as good), but I liked this one from Wisco. Plus, “Cheese Curd Squeak Song” does sound like something that would be played at a Wisconsin game. Phenomenal execution.

I hope Jump Around stays around (see what I did there) forever: