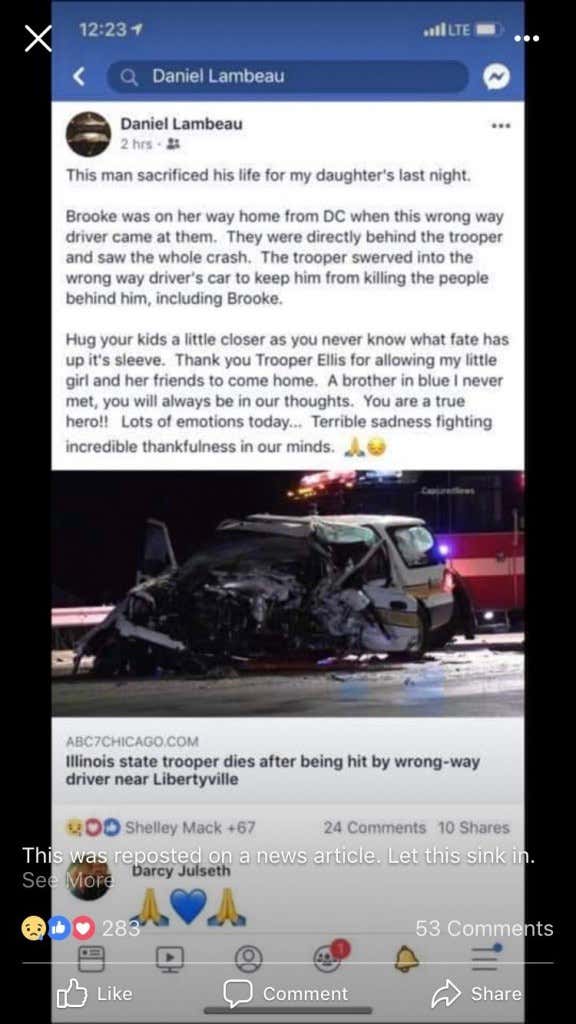 Police said Ellis was on-duty in his squad car traveling home on I-94 westbound near milepost 16.75 in Green Oaks, when a wrong-way driver, who was traveling eastbound in the westbound lanes, struck Ellis head on.

Ellis, a husband and father of two, was an 11-year veteran of the ISP District 15 in Downers Grove.

Officer Ellis is a hero to the millionth degree. You know he probably didn’t even think twice about jumping in front of this driver either because that’s just who he is. The Illinois State Police and the Chicago Police Department put themselves, and their families lives at stake for the betterment of you and I every single day. It’s very tough whenever tragedies that can seemingly be avoidable like this happen. Prayers to the family.

It’d also be remiss of me to not mention Trooper Brooke Jones-Story who lost her life in the line of duty a couple days earlier and Trooper Christopher who lost his earlier in the year. 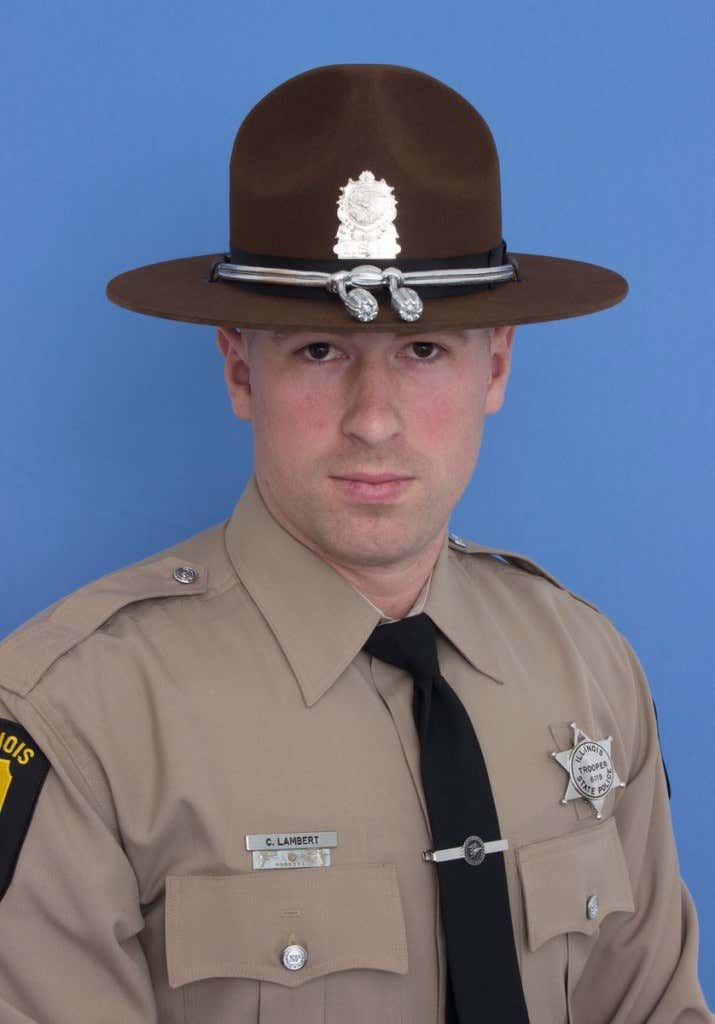 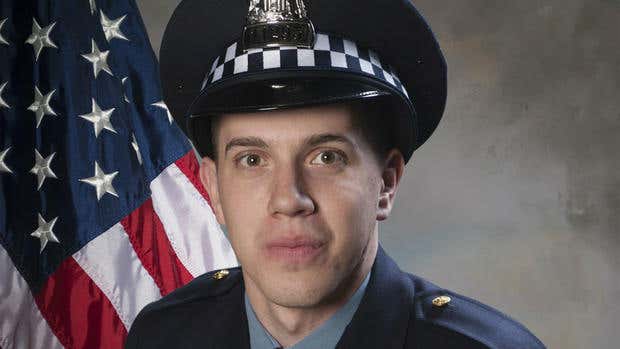 Way too many of these and we’re only 3 months into the year.

I couldn’t find a direct link to donate so I’m holding off until that’s provided. Once it is I will be sure to get it up and pass it along on social media.

If there’s anything else we at Barstool Chicago can do please reach out to me at eddie@barstoolsports.com

UPDATE WITH PLACES TO DONATE: