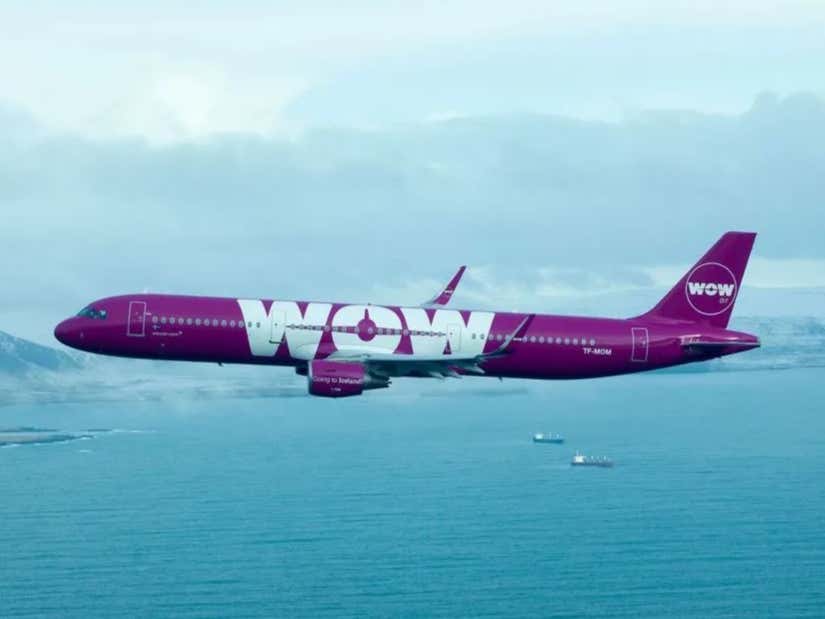 We see people complain about their airlines all the time these days. Maybe security took too long, the plane was forced to sit on the runway for an hour, or some crazy bitch started pissing on the floor.

But I have to say, I have never heard of an airline just calling it a career while passengers were still traveling around the world on its aircrafts. But that’s exactly what Wow Air did. Poof, vamoose, son of a bitch.

CNN- Icelandic budget carrier Wow Air has ceased operations and canceled its flights, leaving passengers stranded on both sides of the Atlantic. The airline announced the closure in a statement posted to its website on Thursday. It advised passengers to book new flights on other airlines, and said some may be eligible for compensation.
Wow Air CEO Skúli Mogensen told Icelandic state broadcaster RUV that negotiations to save the airline went on until the early morning in Iceland.
Mogensen said more than 1,000 passengers had been affected by the grounding of aircraft. He said he didn’t have an exact figure on the number of tickets that had been sold.

Now of course I understand how much it must SUCK to be stuck in an airport and being told to go fuck yourself after you paid for a flight somewhere. You have hotels, Ubers, and God knows what other travel expenses to worry about whether you are coming or going. You can see the defeat in these peoples faces and hear it in their voices, which is much worse than the usual defeat you experience on even a good flight.

But at the same point, can you really get upset at a budget airline with a name like Wow fucks you over? If you are saving a shitload of money on a flight, you are likely making concessions to keep your bank account out of the red. That fucking over could entail no snacks being on your flight, a battle like The Hunger Games for the best seats on the plane, livestock being flown a few rows behind you, or the entire airline ghosting on your ass. You get what you pay for has been a saying since the minute after humans invented money for a reason.

However, you know what must be the worst part for these passengers? Not being stuck in some foreign place or hoping you didn’t get swindled out of a bunch of money. No, no no. The real tragedy is that there is no broken down customer service rep to bitch to. You can @ Wow Air as many times as you’d like, but an angry tweet sent to a disbanded company’s social media account does NOT make a sound. All you can do at that point is belly up to the airport bar, drink until you are happy, and hope the next flight to your destination isn’t a zillion dollars or the airline you buy it from doesn’t go out of business while you wait for take off.