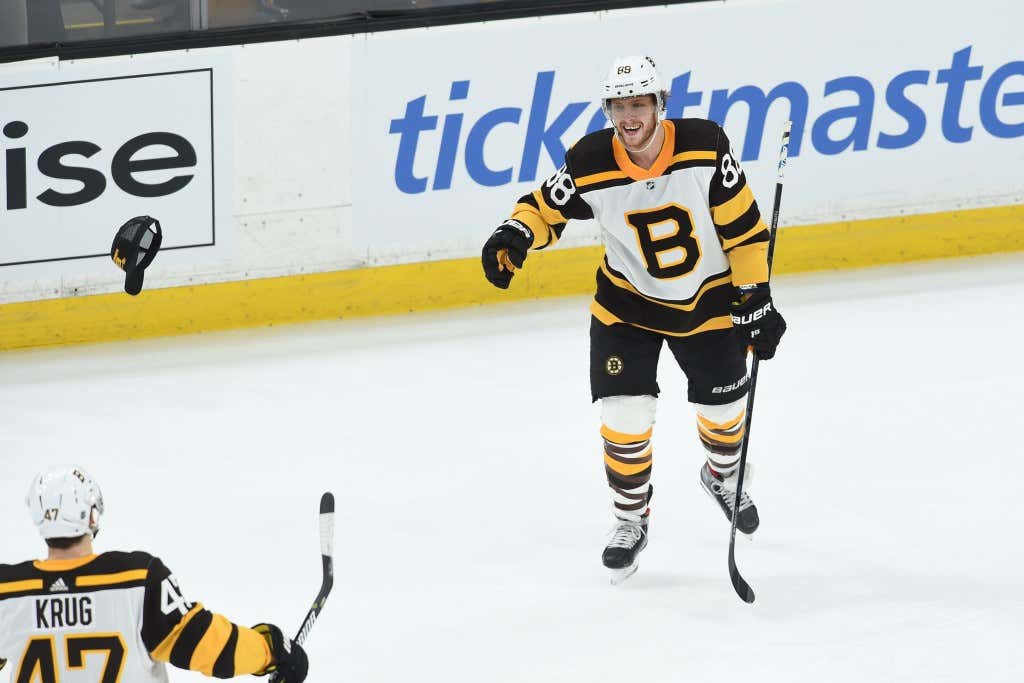 The Bruins got their MoJo back and beat the New York Rangers 6-3 at home, thanks to a 5 point night from David Pastrnak.

Bruce Cassidy dropped Pasta down to Krejci’s wing, Krech to Pastrnak for his second goal of the game. 2-1 Bruins.

Patrice Bergeron was not a fan of Lias Andersson’s high hit and dropped the gloves.

Zdeno Chara and Brendan Lemieux exchanged words. Looked like Lemieux says ‘and Pastrnak’? Hard to tell. But you don’t touch Patrice or Chara will come for you.

David Krejci to David Pastrnak to Jake DeBrusk. 3-1 Bruins. That no look pass, though.

Ryan Strome gets the Rangers back within one. 3-2 Bruins.

Patrice Bergeron wanted in on the fun. Another PPG. 5-2 Bruins.

With 4 seconds left in the game, Mika Zibanejad buries his own rebound. 6-3 Bruins. 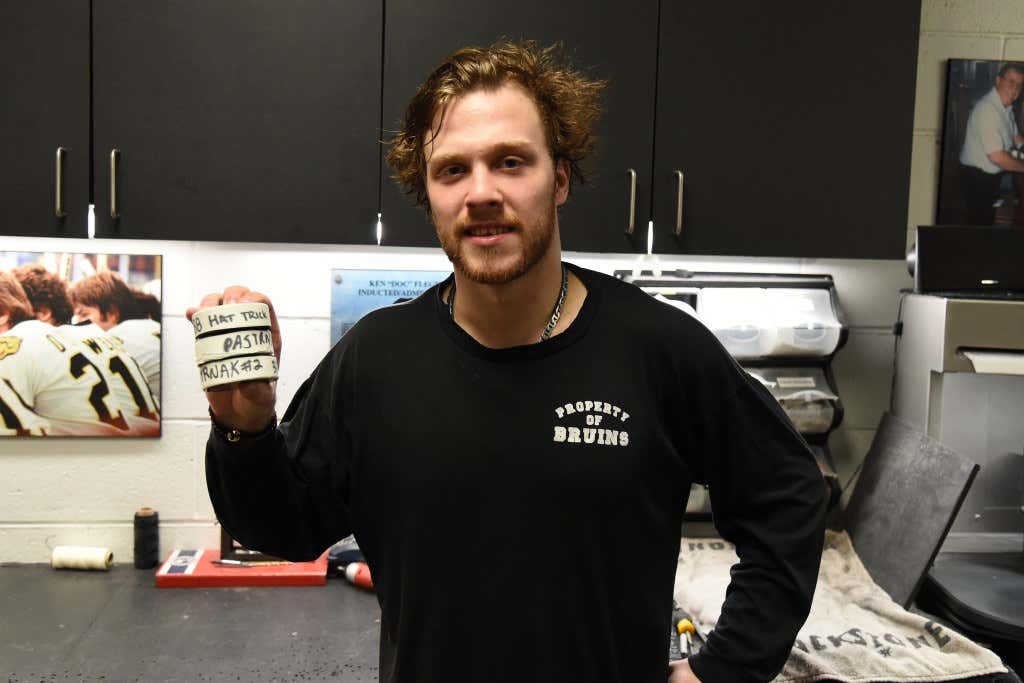 “Acciari and Nordstrom were asking for Pasta too, by the end.”  – Bruce Cassidy

The Florida Panthers come to town on Saturday for a matinee match up. 1 pm start.

It was a great night to win a hockey game. (No players were harmed in this celebration.)