If you weren’t aware, I launched my podcast, ‘My Mom’s Basement’, earlier this week. UFC President Dana White was the first guest, the conversation I had with him was phenomenal, lotsa quotes from it got picked up all over the place, and it couldn’t have gone any better. Legitimate “dream come true” shit for me.

You can listen to the pod on Spotify HERE, on iTunes HERE, and on our site HERE. If you don’t use any of those platforms I’m sure you can find it on whatever one you use, I think it’s available everywhere.

Just a few moments ago, my mentions BLEW UP out of nowhere – which is never a good sign – while I was out grabbing a coffee with Frankie Borrelli, full of angry members of the “Faze Clan” and their fans. This is because Faze Banks (leader of the Faze Clan, which is a video game thing from what I understand) and Keem Star (big YouTube guy) caught wind that my podcast was called ‘My Mom’s Basement’, and are upset over that, because last year they uploaded four (4) videos to YouTube under the same series title. Fazers are BIG MAD about this… 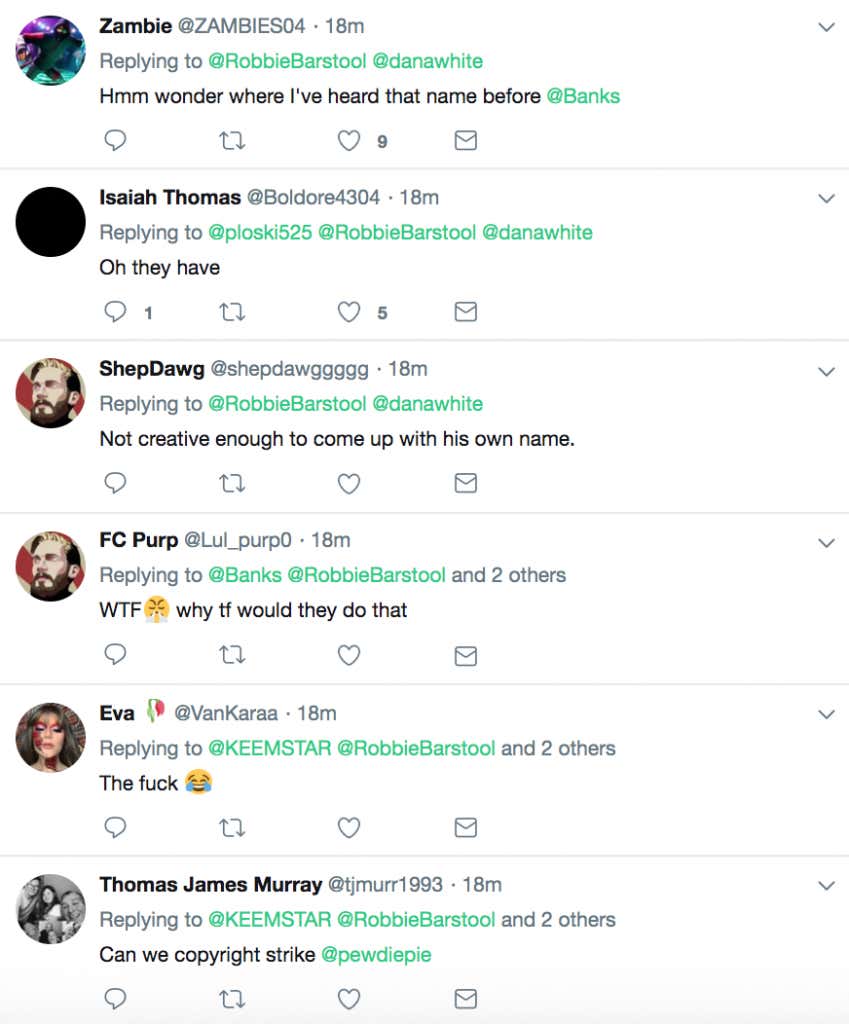 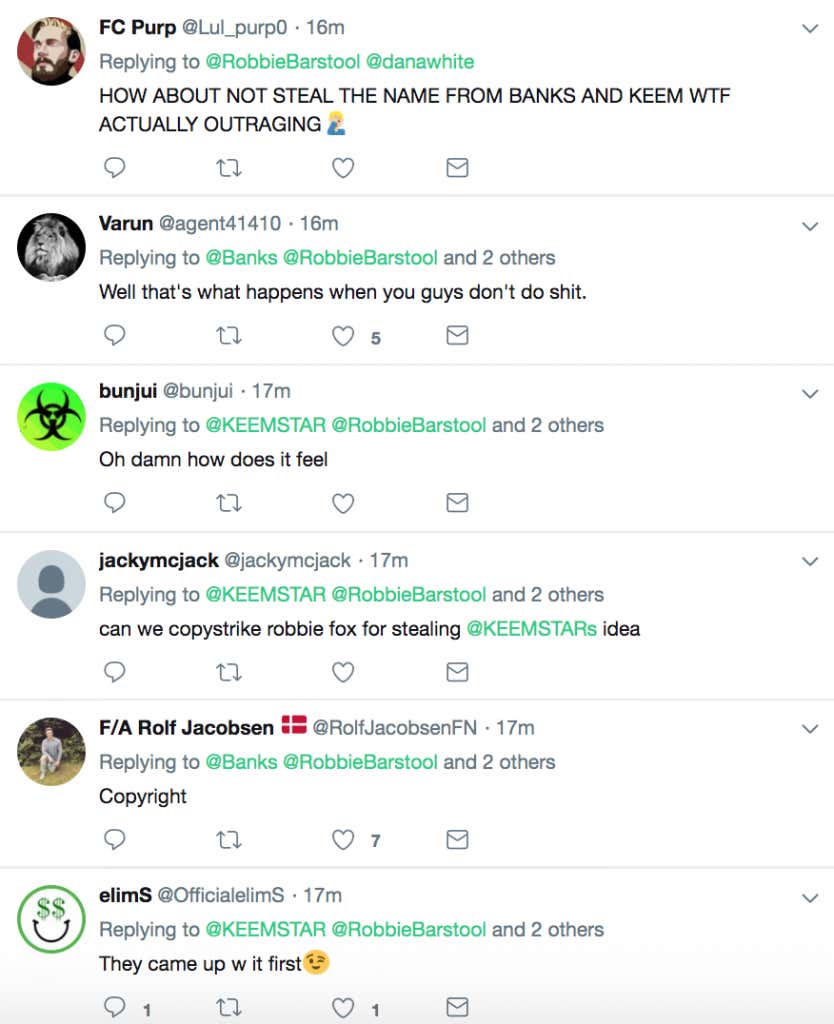 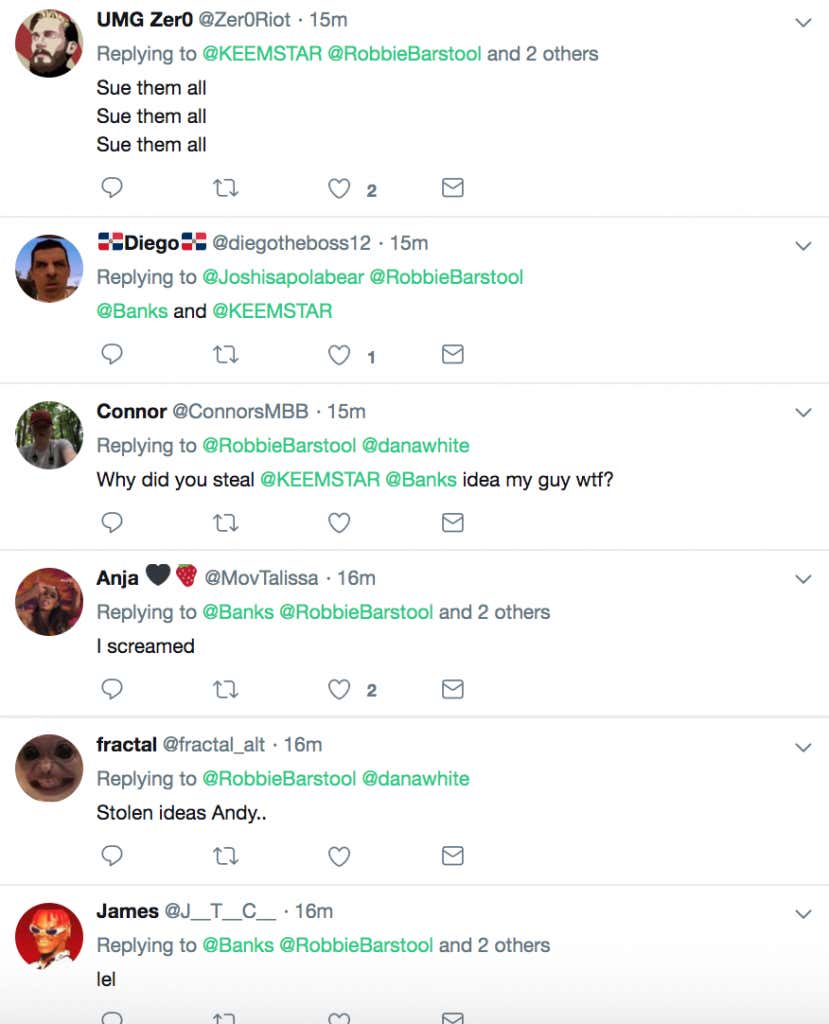 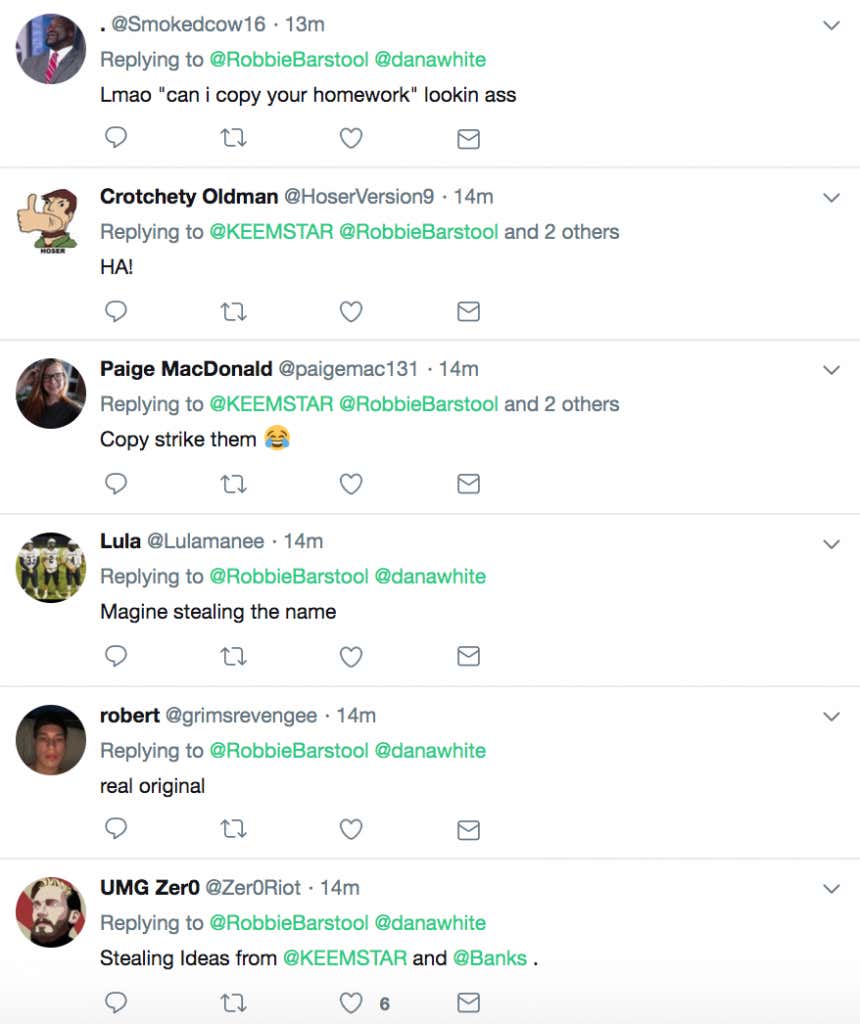 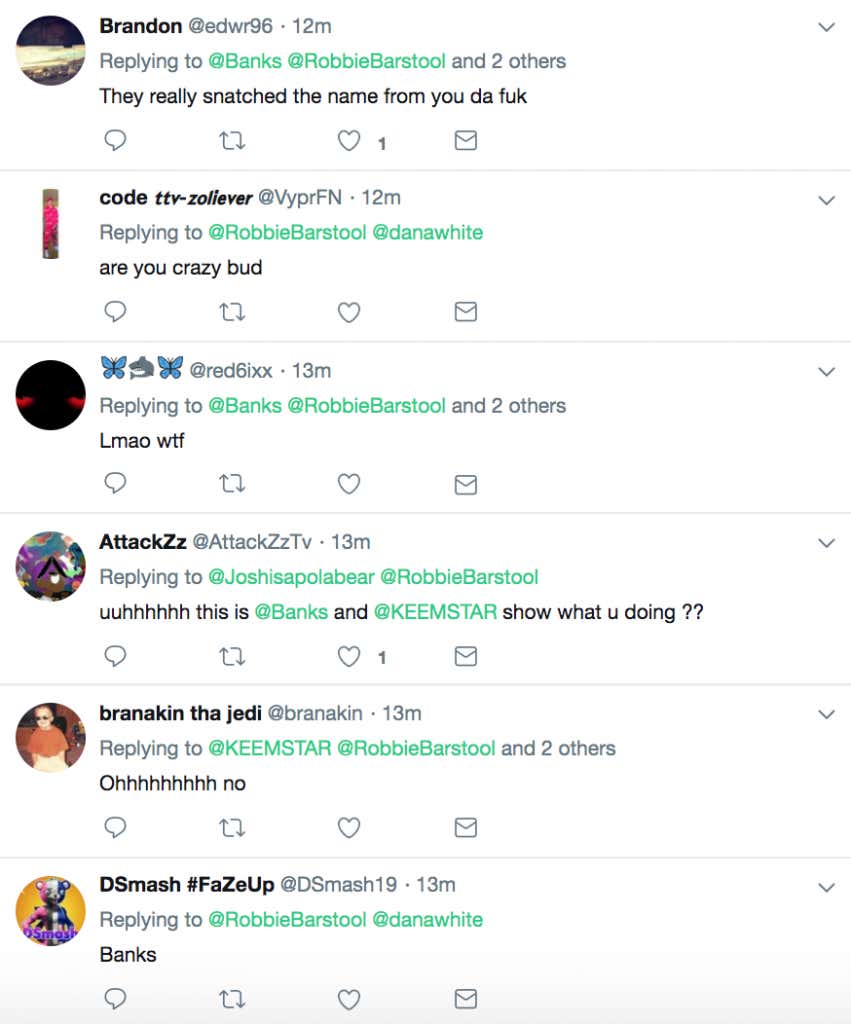 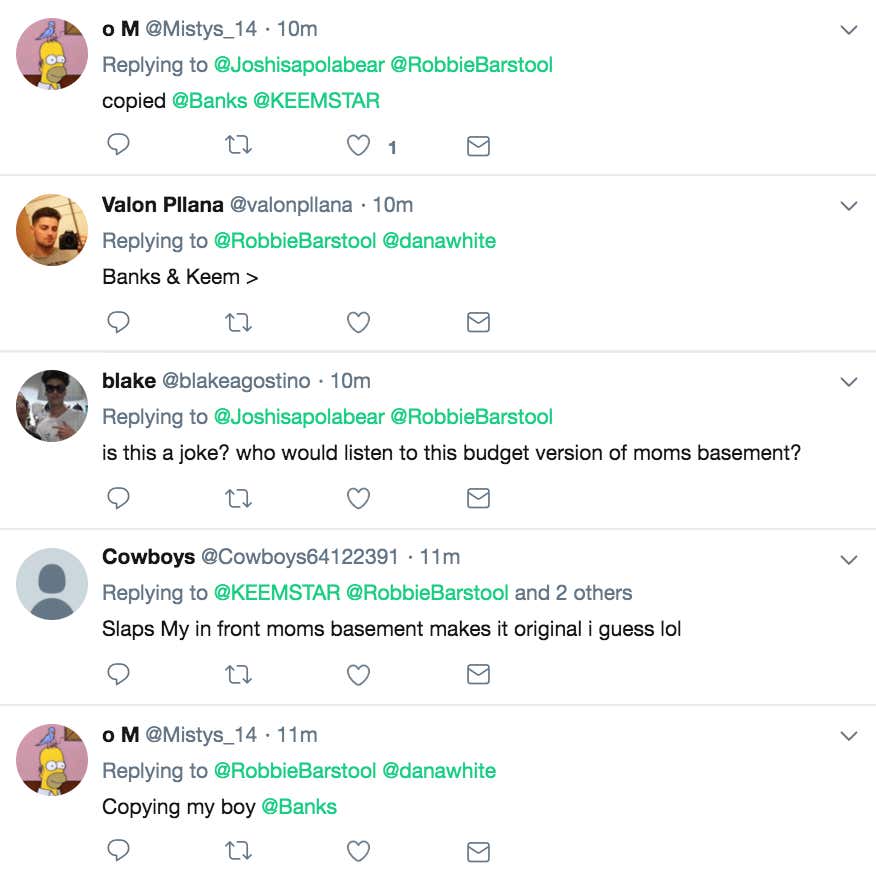 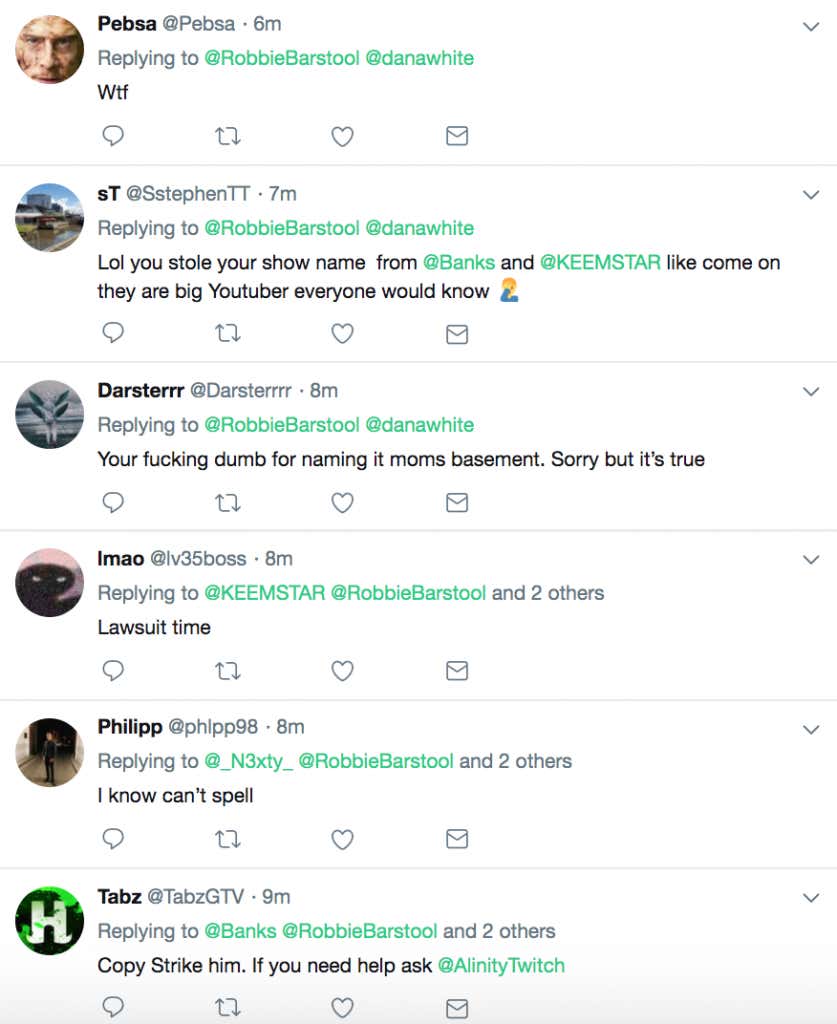 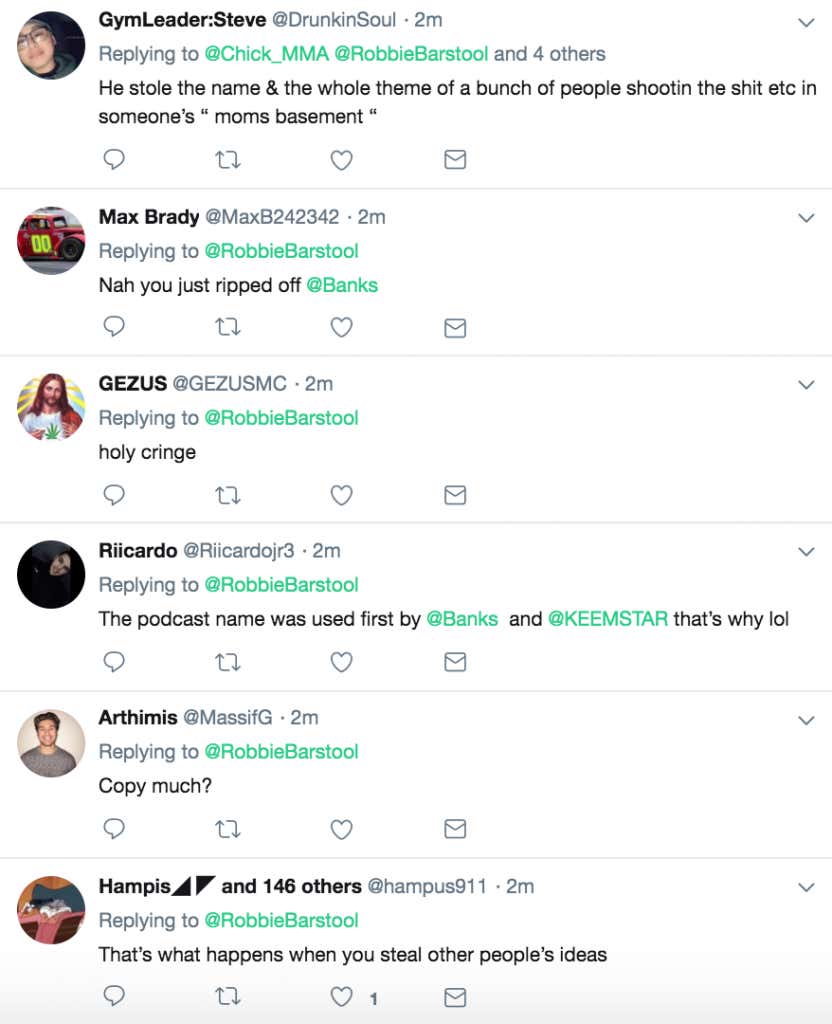 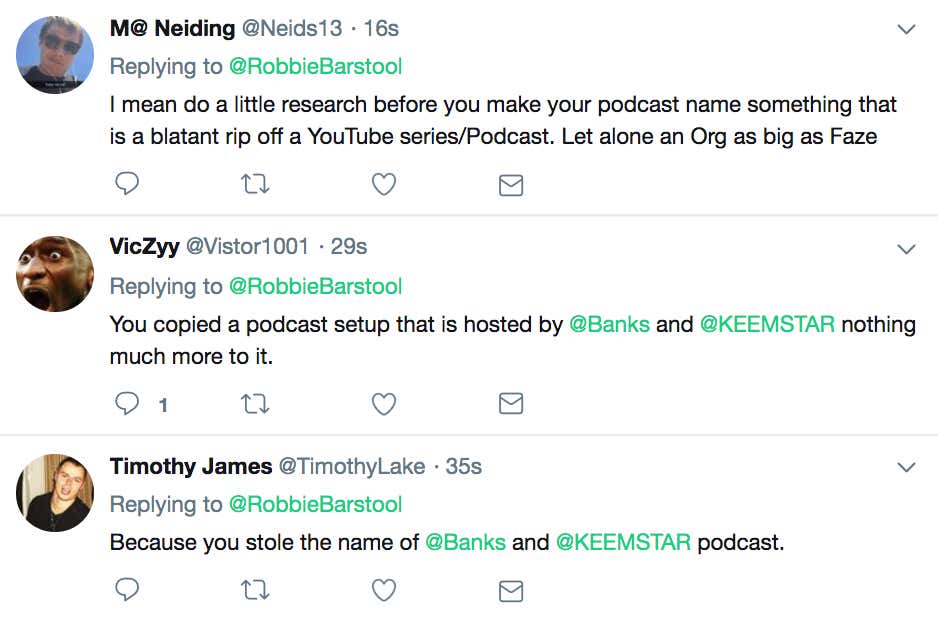 Everyone in the office was abuzz at this whole ordeal because apparently these motherfuckers are HUUUUUGE, which from my brief research, is very correct, but I’ll be honest – there’s not really a shred of me that cares or is concerned with this in the slightest. Why?

They had a YouTube show called “Mom’s Basement”. It had four episodes. Ever. Last time they uploaded an episode was seven months ago, and it featured Shane Dawson (alleged cat fucker). It was not a podcast, nor was it available on any podcasting platform, from what I can tell – and if it were, I obviously wouldn’t have called my own podcast that.

One of these Faze guys (Censor) tweeted that it was just “the principle” of using the name that was wrong, because this show had millions of views and “some of the most influential people in all of entertainment and gaming”, but promptly deleted said tweet when he realized how ridiculous that sounded. I mean…c’mon man. Having Shane Dawson, XXXTentacion, and Ninja on your show doesn’t get the preposterous generic title hung in the rafters for all of eternity, especially across all platforms no matter how different a concept and medium anybody else is using.

Finally, it’s just the LEAST ORIGINAL NAME OF ALL TIME. It’s a common phrase that just gets associated with nerds and shit. It ain’t creative. It just ain’t! It’s cheesy!

I can’t imagine these guys actually believe this is something they have any ownership of, but if they’re even remotely serious, sorry, I guess. Do your show, I’ll do mine. They’re ridiculously different.