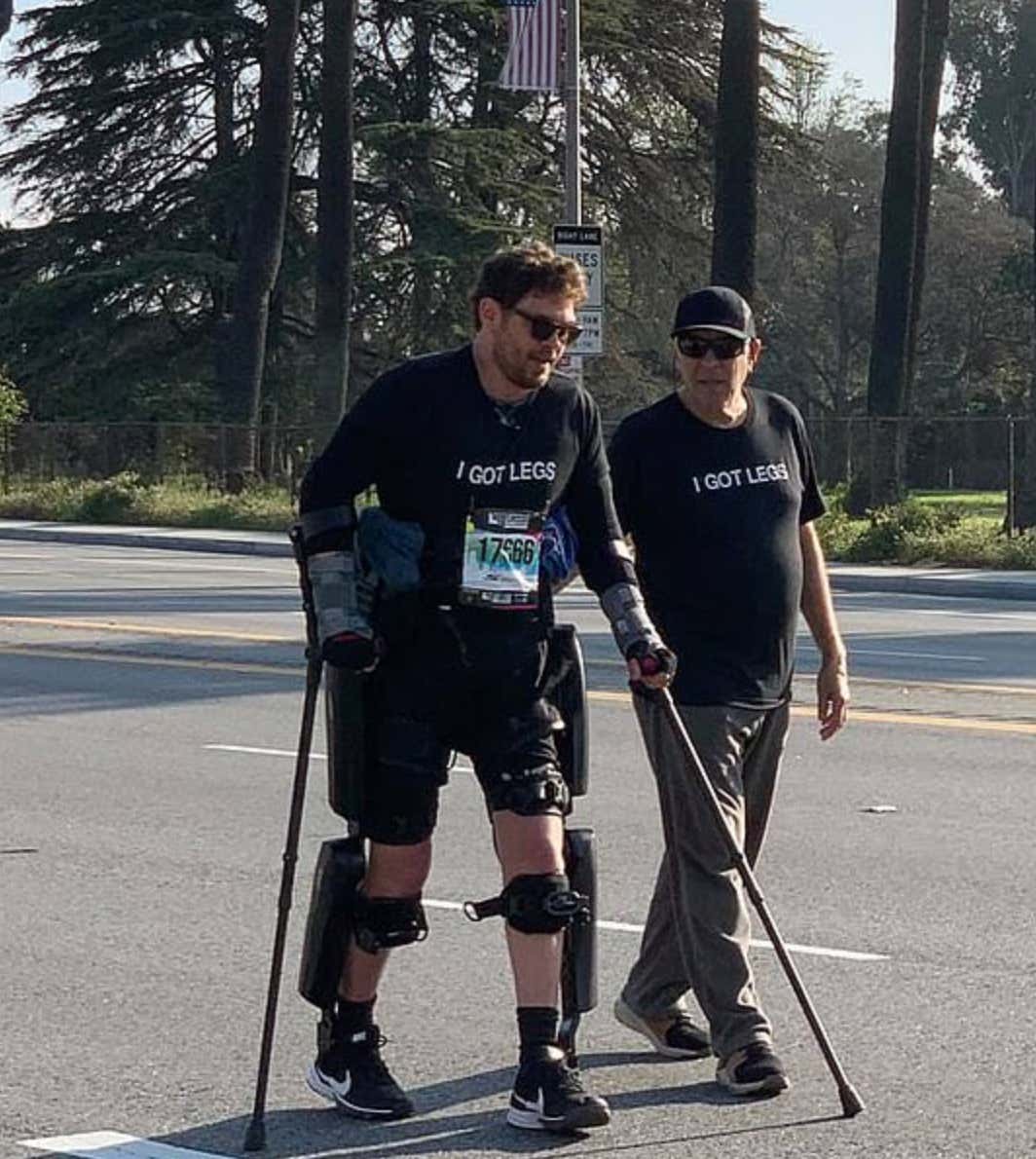 DAILY MAIL – A man who has been paralyzed from the waist down for the last 13 years completed 17.2 miles of the Los Angeles Marathon with the help of a $95,000 exoskeleton.

Beginning on Friday night, Adam Gorlitsky began a 19-hour journey in the area surrounding Dodger Stadium, according to TMZ. Traffic and hills proved to be a major obstacle him, but Gorlitsky was able to navigate the terrain while his weight was distributed between his state-of-the-art exoskeleton and his hand crutches.

I had to read and re-read those words many times over because I wanted to be sure I was reading it correctly.

A PARALYZED man walked 17.2 miles over the course of 19 HOURS because he wanted to.

It’s an incredible feeling being out at the same height as everybody,’ he said. ‘We’re all going toward that same finish line, it’s the greatest feeling in the world.’

Adam Gorlitsky is operating on a completely different level than most of us. He became paralyzed in 2005 after a major car accident and doctors told him he would never walk again. But he didn’t sit at home and feel sorry for himself and the unfair cards he was dealt- instead he moved.

Only it wouldn’t be towards bettering only his life.

While focusing on himself would have been perfectly reasonable considering he just lost his ability to walk, Gorlitsky turned to helping others dealing with similar physical limitations. In 2016, He developed a non-profit organization, I Got Legs, in order to help people overcome the obstacles that come with paralysis.

And all of this stemmed from his own acquisition of an exoskeleton just a year prior. 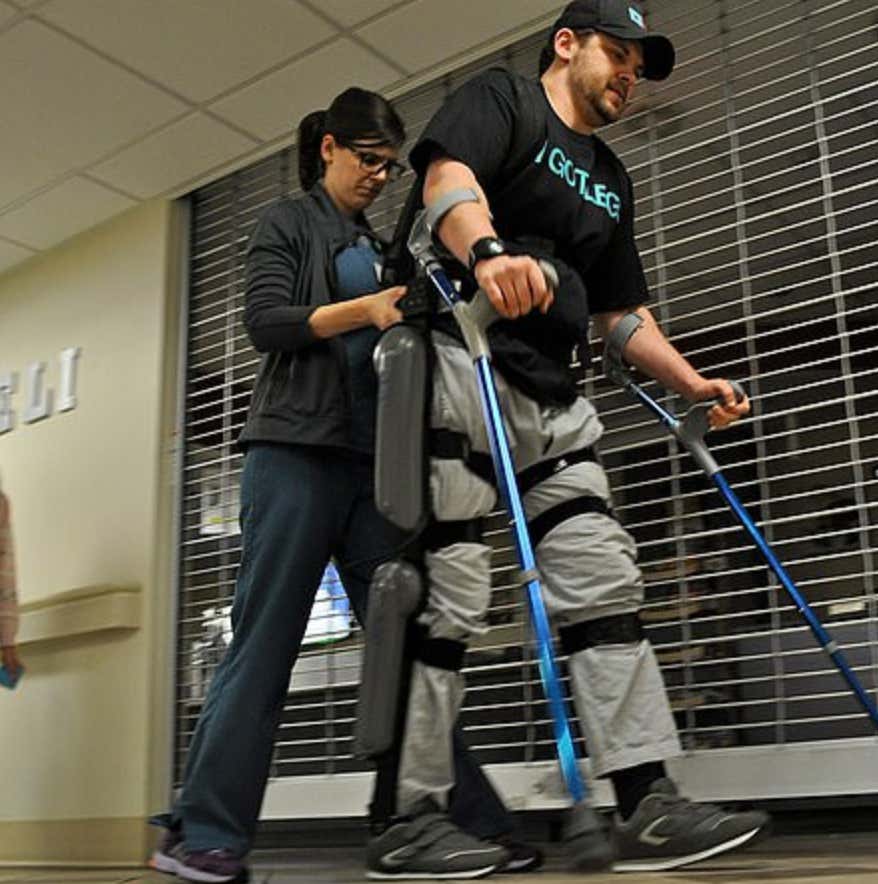 This moment led Adam on a journey to become the first paralyzed man in history to walk Charleston, South Carolina’s Cooper River Bridge Run on April 2, 2016. The 6.2 mile race took him nearly seven hours and exactly 17,932 grueling steps to complete. 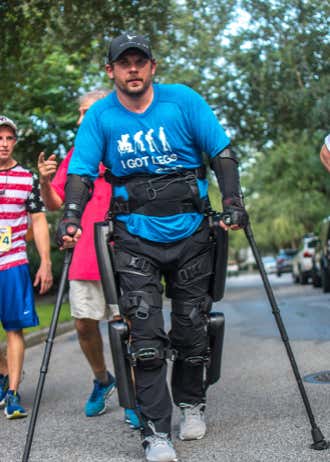 Since then he’s competed in 5Ks, 10Ks, and half marathons, and despite failing to reach all 26.2 miles in this marathon, he’s not giving up his dream to become the first paralyzed person to complete a marathon in the US.

Pretty impressive little reminder about the triumph of the human spirit if you ask me.