Sure looks like it to me! Farrah has been catching a lot of heat for this but she doesn’t seem to care. According to TMZ, Farrah Abraham completely brushed it off, laughed, and said “I was dealing with a bunch of stuff—like my house getting cased, maybe getting stalked that day, so I just really don’t have enough time for this made-up drama. I got real-life drama.” Not enough time for made-up drama because of real life issues but enough time to get naked and post pictures. Got it!

Farrah Abraham likes to do anything that will keep her name in the media and copying Kourtney’s picture is the perfect way to do that. Nice of Farrah to at least change the tea-cup to a cupcake. How creative of her! 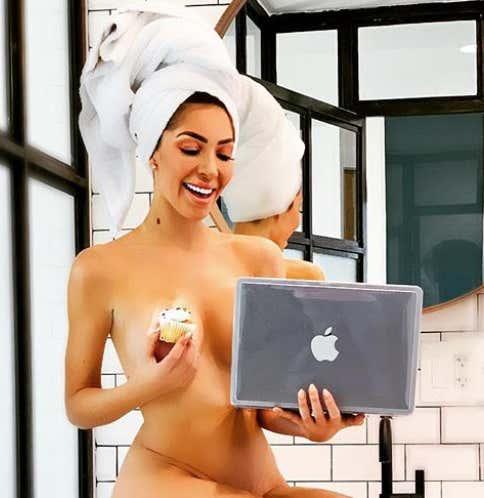 It looks like Farrah also wanted to copy Kourtney Kardashian’s photoshop fails by posting one of her own. In the picture above you can’t see her belly button as if she’s Kyle XY but she definitely has one…

There really is no question if she copied Kourtney or not because she clearly did but let’s be real, are any of us really complaining? 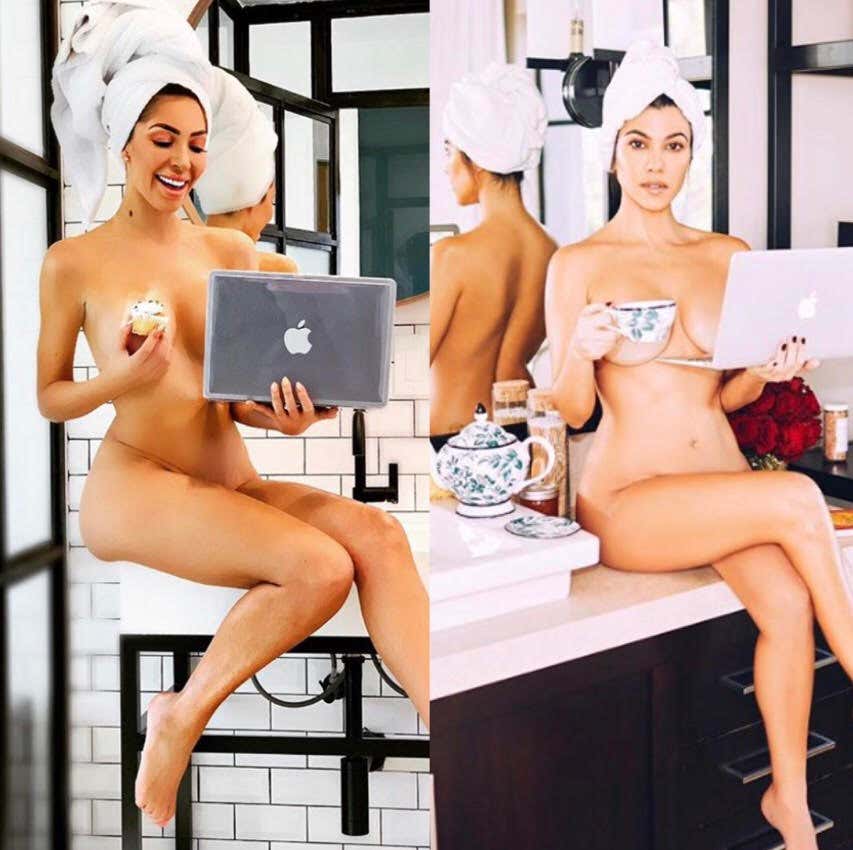