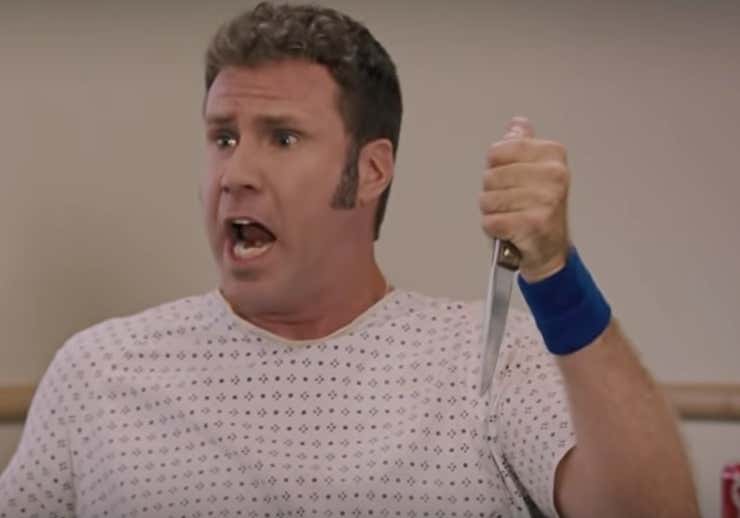 New York Post - A man sleeping aboard a Manhattan subway train Monday morning woke up to find a knife sticking out of his leg, police said.

The 22-year-old was riding an F train into the Broadway-Lafayette station when he awoke around 6 a.m. and saw that he’d been stabbed in the upper right leg, the victim told cops.

Police said the victim did not see who stabbed him and claimed to have slept through the attack.

He was taken to Bellevue Hospital Center in stable condition.

As Kacey Musgraves once sang, “oh what a world”. It truly, truly is. How is it possible that we can read the sentence “A man sleeping aboard a Manhattan subway train Monday morning woke up to find a knife sticking out of his leg, police said”  and barely even bat an eye? It’s just another day in the neighborhood for this city. So much happens in NYC that we call normal that I imagine in 99% of other reasonably developed places they’d probably be like “uhhhh, nah bro, that ain’t normal”.

For instance, that dead body that was just propped up in the Subway station with a sheet on it while everyone just went about their business. Like, what? How is that even remotely acceptable? But that’s this city for you. Dude gets stabbed in the leg while sleeping, doesn’t wake up, and everyone else who was on the train just kept their head down and minded their own business. Nobody even thought to wake him up and be like “bro, you just got stabbed”. Nope. Not worth it.

I will say though, it is true that this city toughens you up and also desensitizes you. It takes so much to shock me at this point. Seeing a homeless dude jerking off on the street is as normal as seeing the sun in the sky. Pretty sure that AC drip that hits your head all summer is poison, but after the first few drops your body develops some sort of X-Men type immunity to it. And the biggest one of them all, and I will type this so you don’t make this mistake, but you inevitably will- NEVER get on an empty Subway train. Why? Because that means there is one person on that train, and he pooped himself. You only make that mistake once. Being stuck in a Subway car that smells worse than anything you’ve ever smelled. It is worse than any sort of torture our government has ever used. You’re helpless. You never fully recover from that stench. But you leave that Subway car wiser and with a brand new perspective on life, that’s for sure.