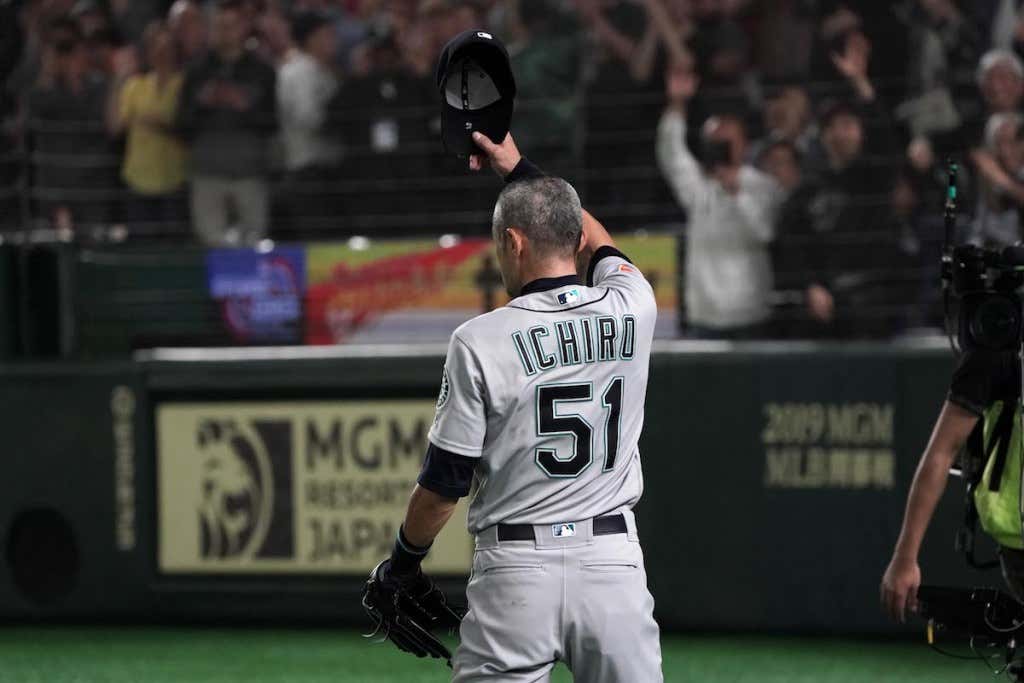 Ichiro’s official statement on his retirement:

“I have achieved so many of my dreams in baseball, both in my career in Japan and, since 2001, in Major League Baseball. I am honored to end my big league career where it started, with Seattle, and think it is fitting that my last games as a professional were played in my home country of Japan. I want to thank not only the Mariners, but the Yankees and Marlins, for the opportunity to play in MLB, and I want to thank the fans in both the U.S. and Japan for all the support they have always given me.”

Alright, strip away the fact that nobody actually knew that MLB’s regular season opened up at 5:30am on a Wednesday in mid-March.

Let’s focus on what we do know — baseball creates some of the most heartwarming moments in professional sports. If you’re like me, you grew up watching Ichiro Suzuki in a Seattle Mariners uniform. Sometimes, you can just tell right away when guys are special. They have their signature moments right there on the spot. And for a guy who made his name in the batter’s box, Ichiro’s moment came in a sea of green out in right field where he’d go on to collect ten Gold Glove awards. That laser beam of a throw on a line to third base? Yeah, this guy’s the real deal.

That was a mere eight games into his major league career. I had just turned 12. If a baby was born on the day that Ichiro made that iconic throw, they’d be able to legally buy cigarettes three weeks from today. Eighteen major league seasons, 3,089 hits, 10 All Star selections, 10 Gold Gloves, two batting titles, three Silver Sluggers, the single season hits record, a Rookie of the Year and an MVP in the same season, and one final tip of the cap later and it’s finally over.

And in perfect storybook fashion, Ichiro got to tip his cap for the final time in his native country of Japan in front of the fans that watched him collect 1,278 hits in nine seasons before heading to the United States to tack on 3,089 more as a big leaguer. The 45-year-old legend bids adieu to the game that he once said that when he retires from it, “I think I’ll just die.” I’ve got some bad news for you, Ichiro. Legends never die. Thanks for the memories, and we’ll see you in Cooperstown.